Adam Curtis Williams and Amanda Noverr have been indicted for capital murder in the deaths of James and Michelle Butler. 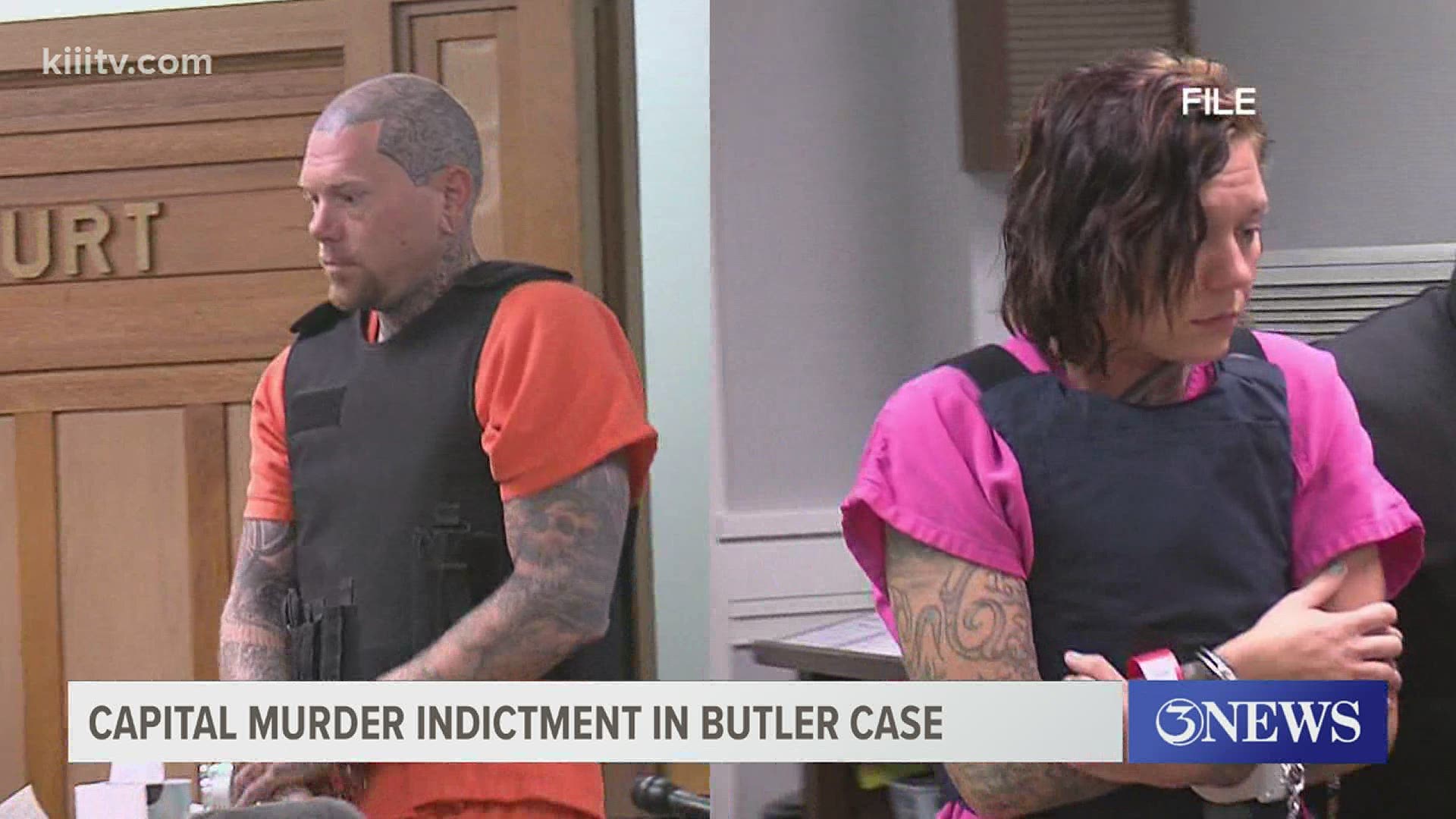 KLEBERG COUNTY, Texas — The two people wanted in connection with the deaths of James and Michelle Butler, a couple from New Hampshire that had been reported missing by family members late last year, have been indicted by a Kleberg County Grand Jury for capital murder.

It was a story that shocked and saddened -- a couple from out of state vacationing in the Coastal Bend, found dead on a Kleberg County Beach.

James and Michelle Butler from New Hampshire had been reported missing by family. Their remains were found South of Bob Hall Pier on North Padre Island in October of last year.

On Wednesday, 3News learned that two people who were charged with stealing the couple's vehicle and driving it to Mexico, Adam Curtis Williams and Amanda Noverr, have now been indicted for capital murder in the case.

According to court documents, the couple were shot and killed on or about Oct. 17, 2019. That was about 10 days before their bodies were found.

Williams and Noverr have also been charged with tampering with evidence. They pleaded not guilty to those charges.

At this time, Williams and Noverr are each being held on $1 million bond.