A student and instructor were in one of the planes that crashed. 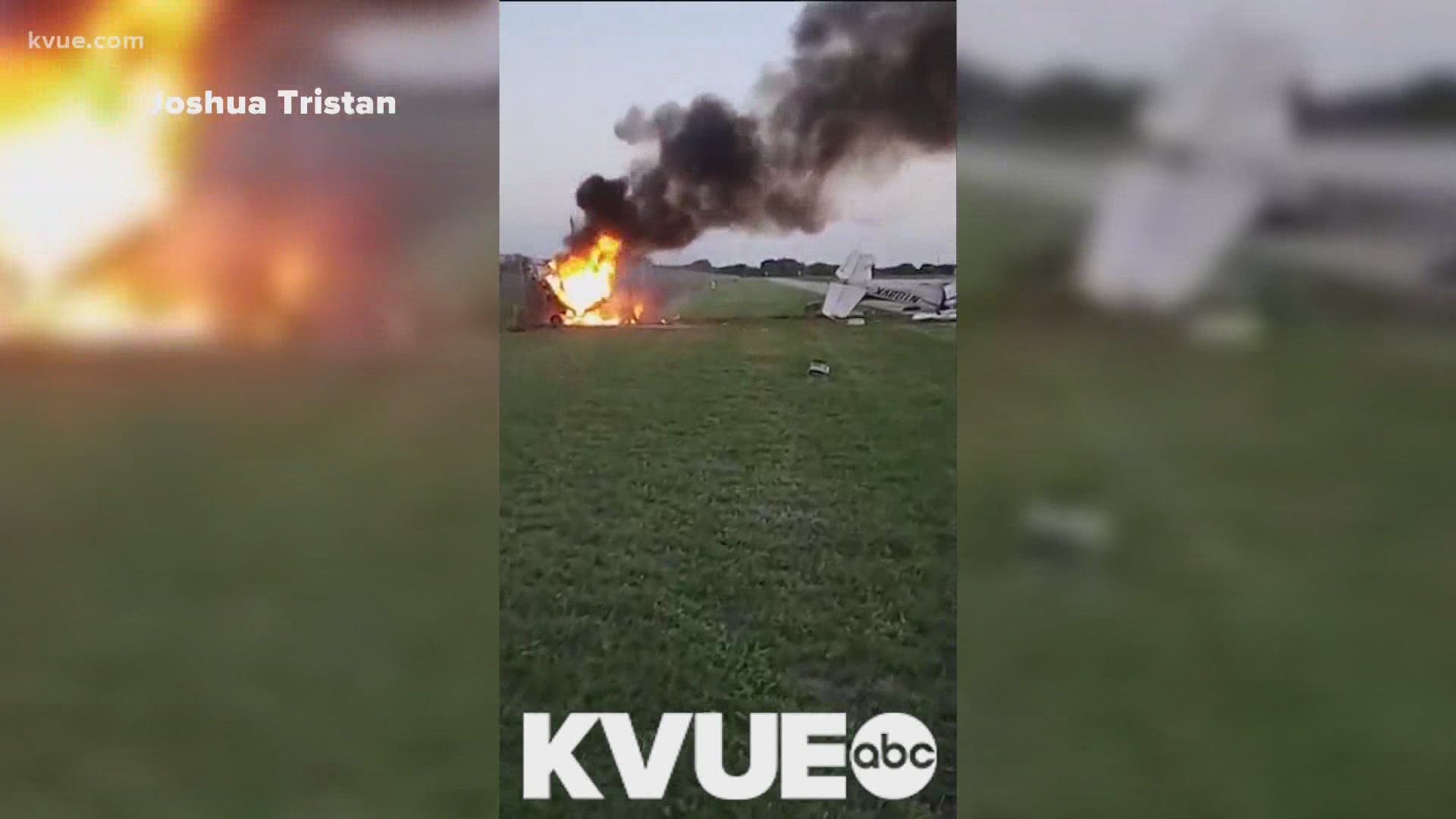 SAN MARCOS, Texas — Two men were taken to the hospital after two planes collided while attempting to land at the San Marcos Regional Airport on Thursday evening.

According to a Texas Department of Public Safety spokesperson, the collision involving two small planes happened about 7:18 p.m.

As the planes attempted to land, they collided, and one of them caught on fire and the other overturned, the spokesperson said.

Medics took two of the men aboard one of the planes to the hospital with what appeared to be minor injures. The pilot in the second plane appeared to be OK.

No fatalities were reported, the spokesperson said.

A student and instructor were in one of the planes that crashed, KVUE has confirmed.

The planes were identified by the Federal Aviation Administration as a Cessna 172 and a Team Rockets F1 Experimental aircraft.

The Texas Department of Public Safety and the National Safety Transportation Board are investigating the crash.

No other information was immediately available. 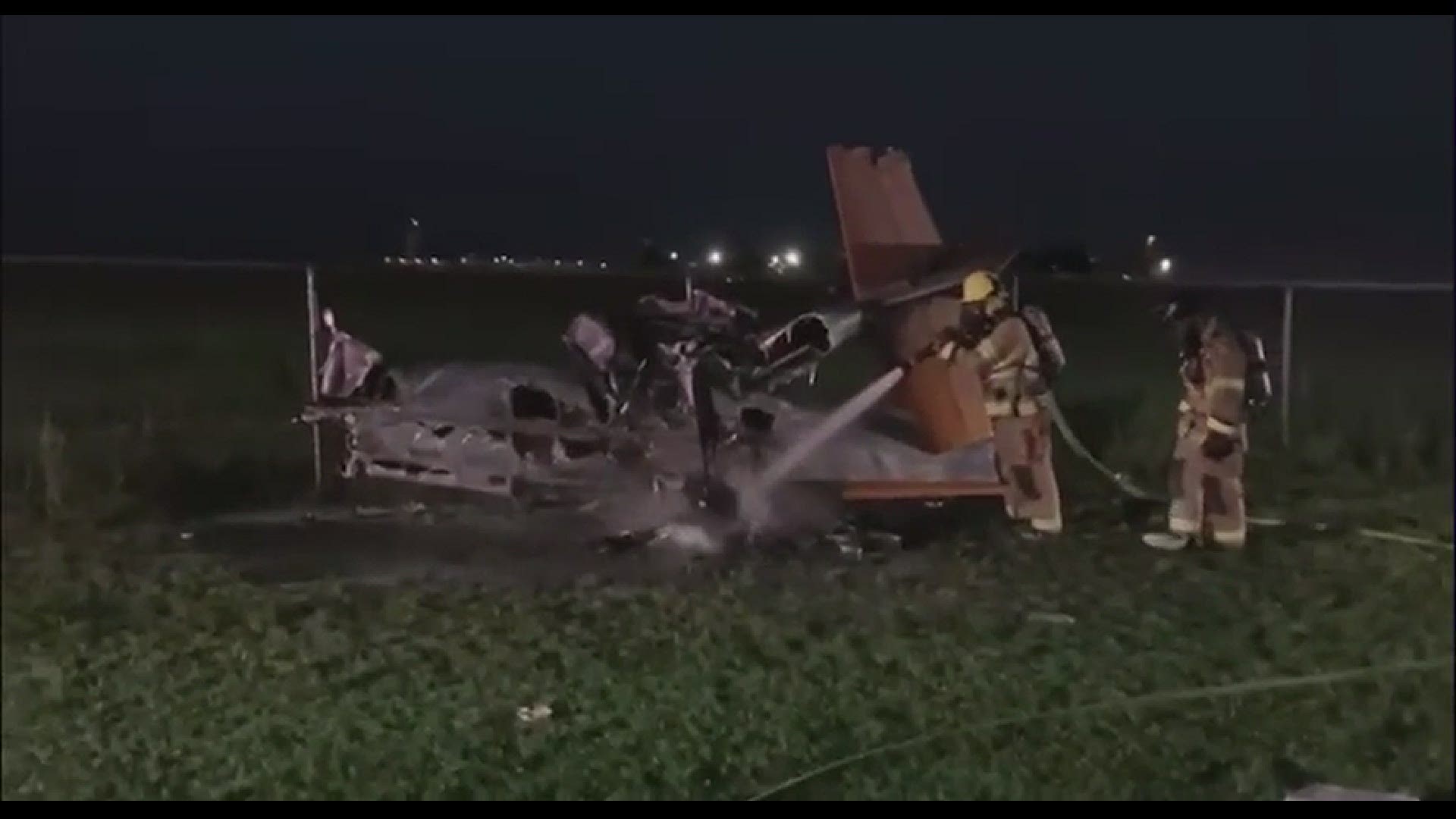