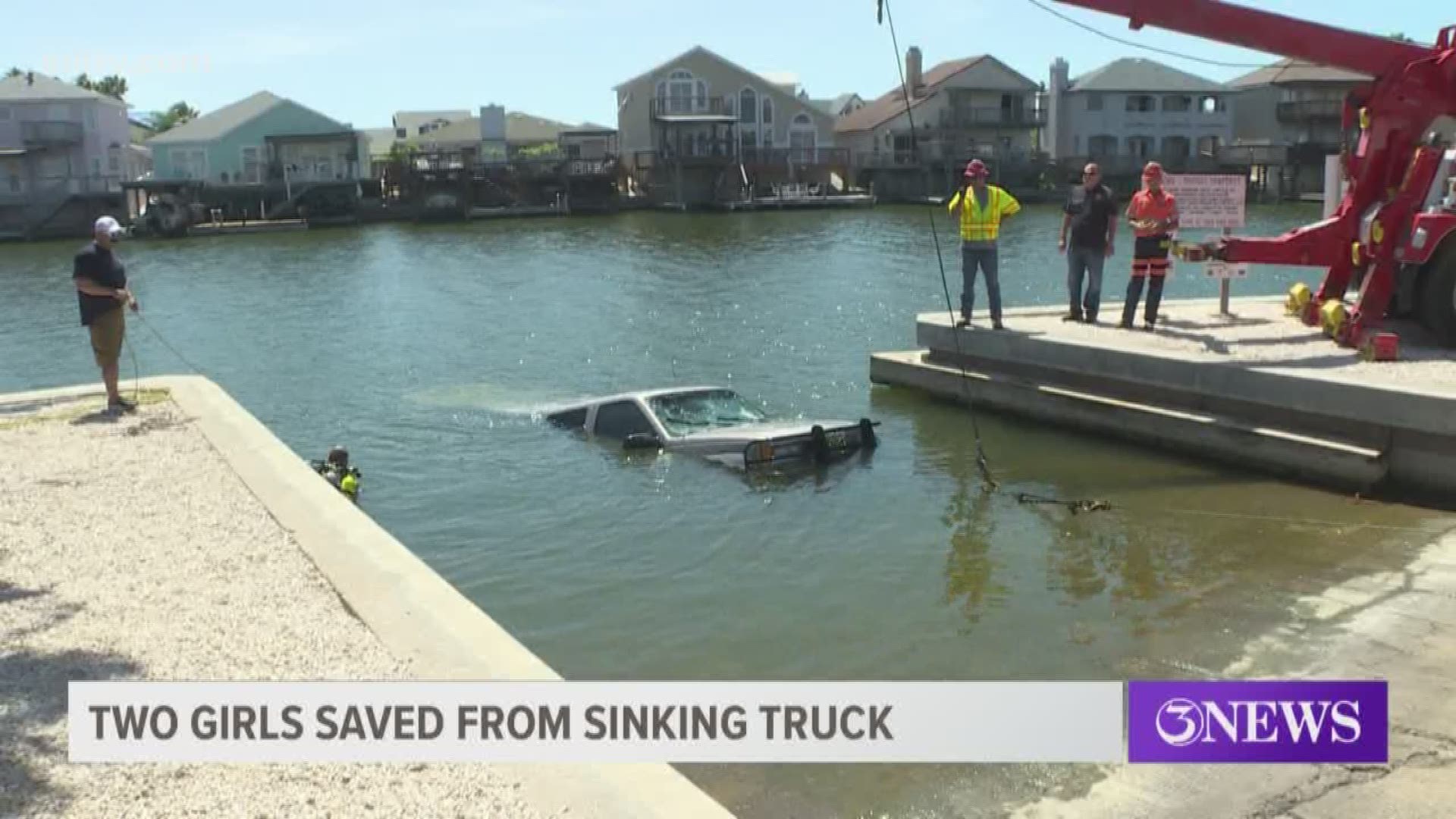 CORPUS CHRISTI, Texas — Emergency crews were called to a boat ramp at Whitecap Boulevard and Cartagena just after 11 a.m. Monday after a truck was pulled into the water with two children inside.

Corpus Christi firefighters, the Corpus Christi Police Department dive team and Apollo Towing responded to the scene, but not before the owner of the truck was forced to break a truck window in order to rescue his daughters.

According to Shawn Barkdull, he was taking his daughters out for a day on the water and was in the process of putting his boat in the water when he realized the truck was sliding down the ramp.

Barkdull jumped in the water and realized he couldn't get any of the truck doors open.

"I tried to bust a couple windows with my fist. I knew that wasn't going to work," Barkdull said. "I remembered I had a tool bag in the bed of the truck. So I swam around to the back of the truck, and it's still just floating in the water at this time, opened up the hatch on the camper."

Barkdull grabbed a crescent wrench and noticed one of his daughters had climbed into the back seat of the vehicle, crying for help.

"I broke the camper glass. That scared her enough so that she moved out of the way. I broke the truck glass. As soon as I did I reached in and grabbed her and pulled her out, and the truck just started sinking and filling up with water."

Barkdull said the back end of the truck was still being held up by the boat, so he put one daughter on the tailgate and went to rescue the other.

"When I went back there was so much water coming out of the truck, I couldn't see. The cab was full of water. I didn't know where my daughter was," Barkdull said. "So I was planning on having to jump in there and swim around and find her, and before I could even process that thought all the water spit her out the back window into my arms."

With the help of bystanders who rushed to their aid, the Barkdulls were able to get on their boat safely. The tow strap was severed from the boat and the truck sank. Apollo Towing was called to the scene to retrieve the vehicle.