The crew's company is reportedly having financial problems, and Martin Energy now has the lien on the ship. 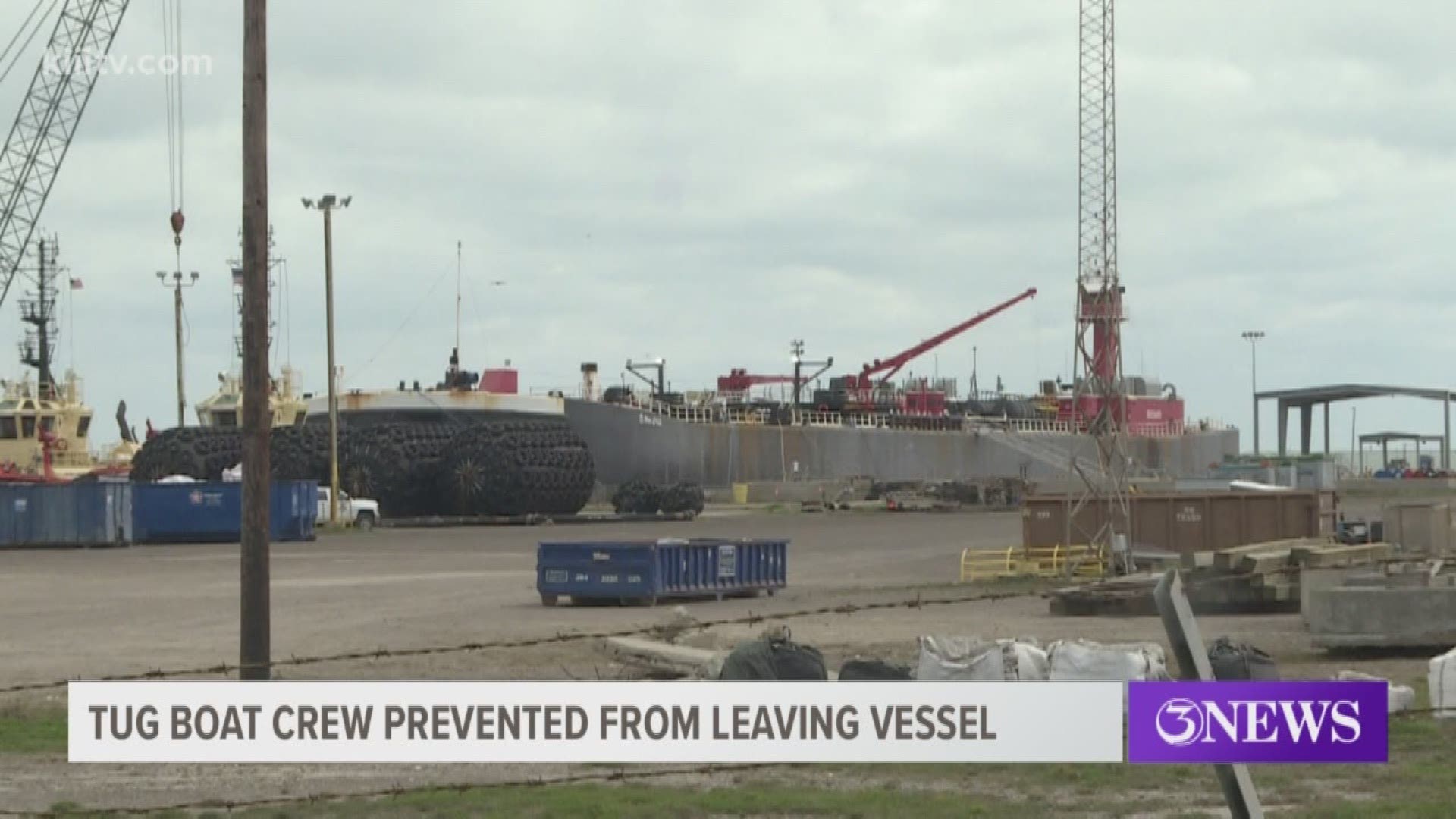 CORPUS CHRISTI, Texas — A group of merchant marines has been ordered by the Coast Guard to remain aboard their vessel.

The men reportedly haven't been paid in 45 days, but federal law prevents them from getting off the boat.

There is a crew of 10-12 men aboard the ship, and they can't leave even though they haven't been paid in 45 days.

The crew's company is reportedly having financial problems, and Martin Energy now has the lien on this ship.

"They are not in any waterway or any situation that could be potentially dangerous, which is the Coast Guard's highest priority," Lt. John Edwards said.

The Seaman's Center serves as a home away from home for sailors like the men from the Philippines who are about to sail to China.

3News was informed that the sailors stuck on Harbor Island need to get paid.

Executive Director Sharon Emerson says she and the International Transportation Federation are ready to step in and help those men on the Barbara E. Bouchard.

"The ITF inspector is in contact with them, and they said we don't need your help right now. So they are probably okay, but the ITF inspector will call me if they need something like provisioning food water, and we'll put it together and get it out to them," Emerson said.

In Beaumont, several Bouchard crews threatened to abandon their ships. The coast guard ordered them to stay on their boat because to abandon it would be against federal law.

The Coast Guard spokesman says the government could step in.

"Federalizing it would mean the coast guard would assume the responsibility of the boat," Edwards said.

The crew on this ship says they are okay and have food and water.

According to Emerson, situations like this happen every day all over the world and is just part of the job for those who sail the high seas.