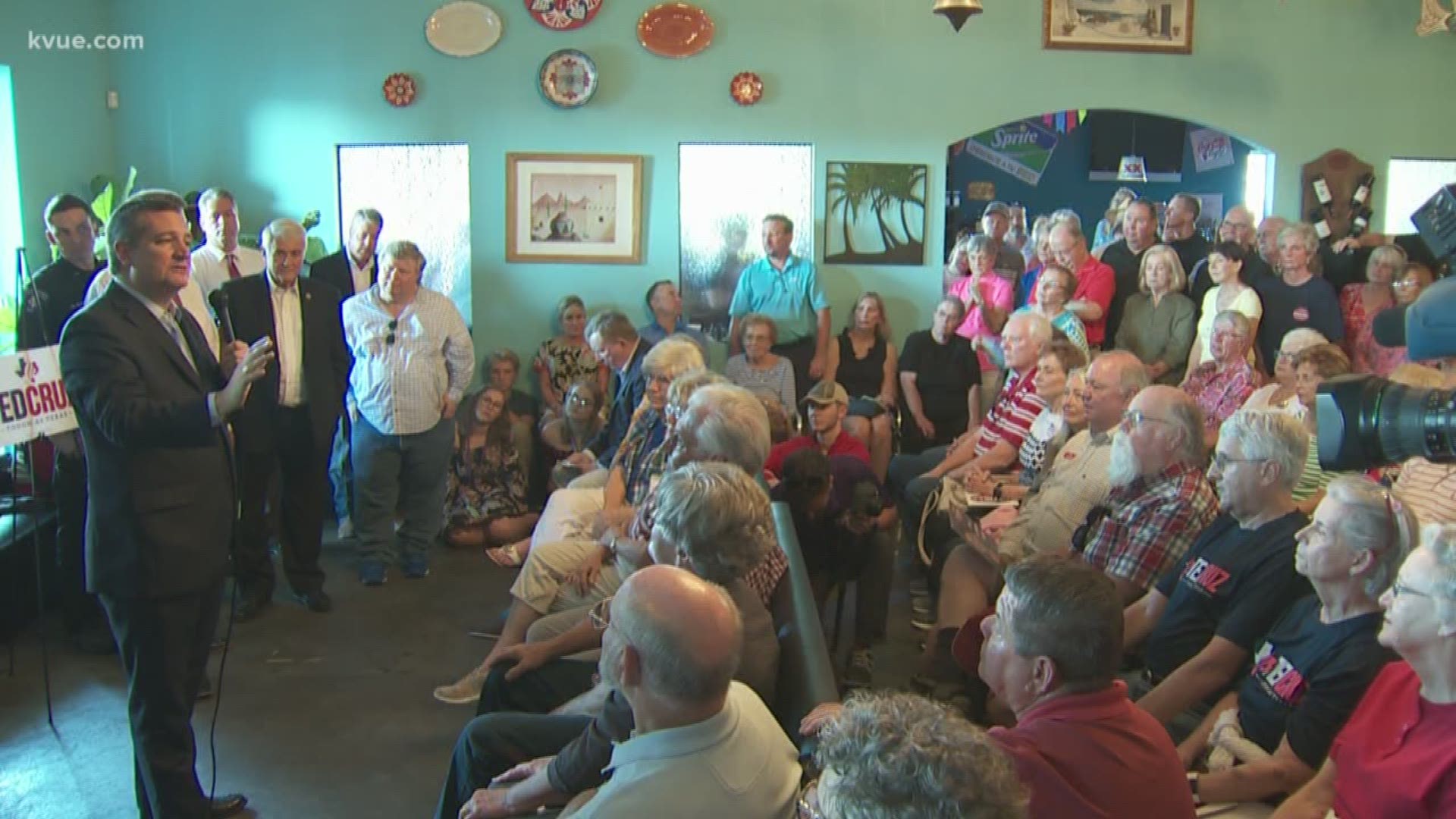 TEXAS — President Donald Trump shared via Twitter Friday that he is planning a "major rally" for U.S. Rep. Ted Cruz in October in the "biggest stadium in Texas" that he can find.

Trump also shared that Cruz has his complete and total endorsement and even referred to Democratic candidate Beto O'Rourke a "disaster for Texas."

This comes two years after Trump tweeted that Cruz has accomplished "absolutely nothing" for the people of Texas, adding, "He is another all talk, no action pol!"

Why would the people of Texas support Ted Cruz when he has accomplished absolutely nothing for them. He is another all talk, no action pol!

Cruz and Beto are set to face off in the general election Nov. 6.