Police believe she was intoxicated before the crash. 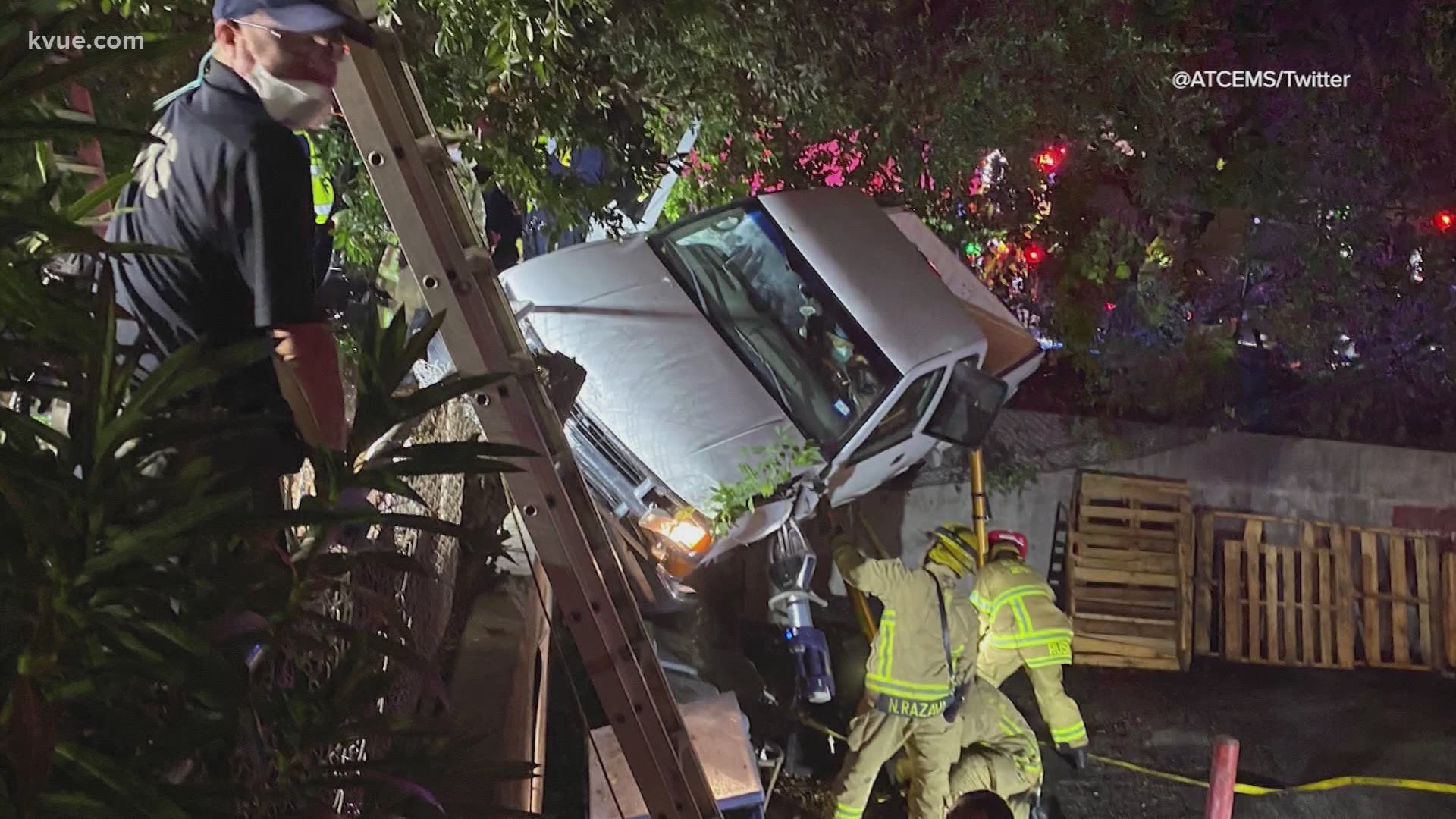 AUSTIN, Texas — A woman has been arrested after she was rescued from a truck that was stuck on a retaining wall off of Interstate 35 late Monday night.

The crash happened just before 11:30 p.m. along the service road of Interstate 35 near the Studio 6 motel just north of U.S. 290. According to Austin-Travis County EMS, the woman's truck was found wedged between two retaining walls along the interstate. Her truck was stuck about six feet off of the ground.

The driver was trapped inside the the truck. Shortly after midnight, first responders were table to rescue her from the truck. Medics said she had minor injuries.

Credit: Austin-Travis County EMS
A driver was rescued after a car got wedged between two walls near a hotel parking lot.

Officers with the Austin Police Department said that, just before the crash, the woman hit two cars in the motel parking lot. Police told KVUE they believe she was intoxicated.

She was taken into custody.

Police have not confirmed what charges the woman faces.