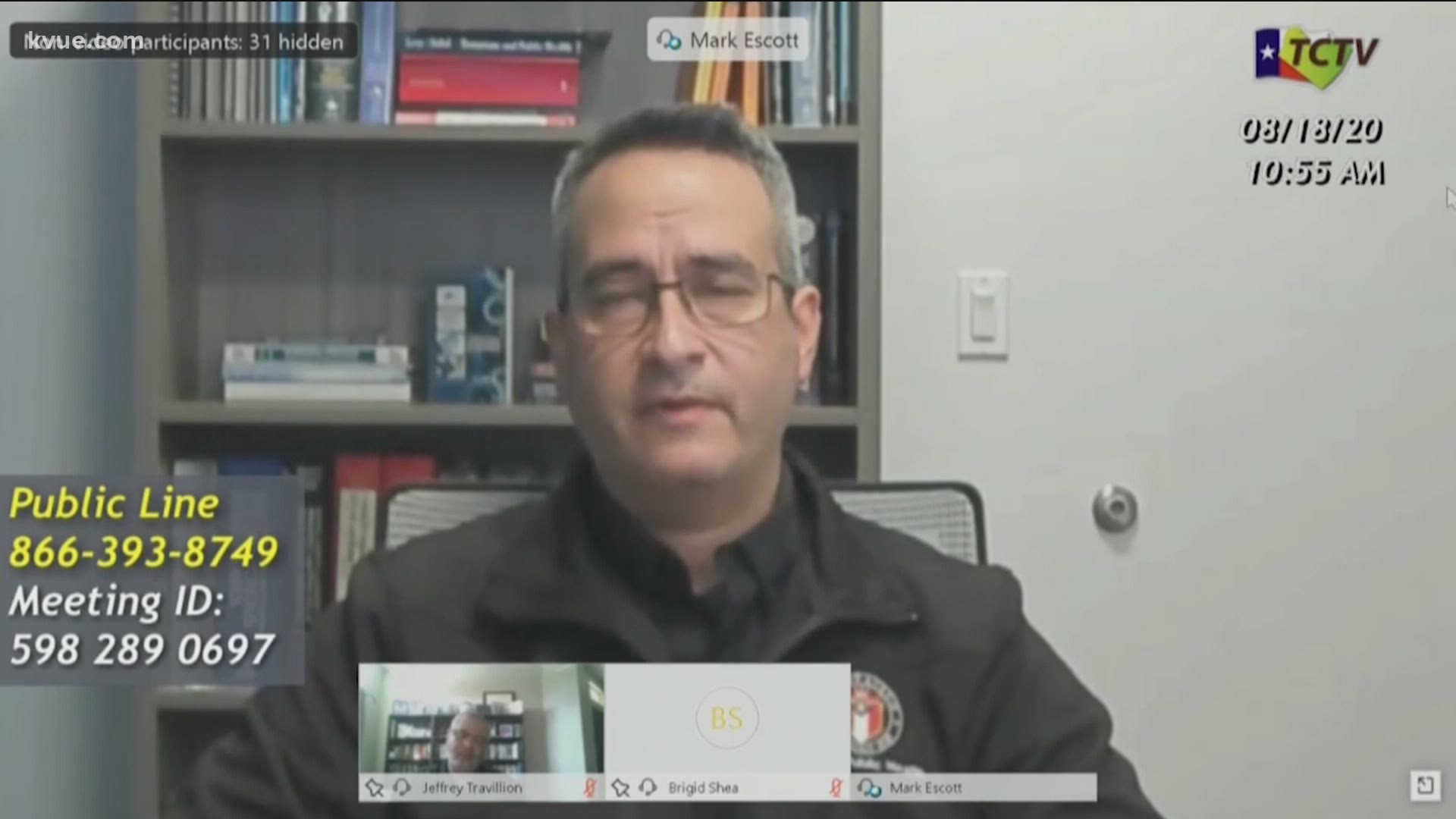 It's good news when you consider that new hospital admissions have, in the past, been the key indicator for county staging.

However, Escott said he's concerned that the new admissions data is not decreasing at the same rapid pace as it was last month.

Escott says the relatively flat amount of new cases/admissions is translating to a relative decrease in hospitalizations, ICU admissions and ventilator use.

He says since we are seeing more younger cases, it will be less impactful on hospitalizations

"We seem to be seeing more younger cases, which is going to be less impactful on the hospitals than we saw earlier in the epidemic," said Escott.

Escott reported that hospitalizations were at 250, the lowest its been since June 26.

"Our hospitals have plenty of capacity right now. Again, if folks have been delaying care, elective surgeries, seeing their doctor, they should not delay that any longer. It's important to get those things taken care of," said Escott.

While some hospitalization data is improving, Escott said data showed an uptick for the Hispanic community. He said that community made up 54.5% of the total hospital admissions.

"This is the first time since the beginning of July that our African American community has been more in line with their representation in our community. So that's certainly a positive factor," said Escott. "But, again, very concerned about our Latinx community and the disproportionate impact it continues to have on that group."

Escott also shared concerns about the 70-79 age group, explaining there was a "significant increase in hospitalizations."

"Obviously those over the age of 65 are going to have a substantially higher risk of hospitalization, ICU admission and death compared to other age groups," said Escott. "So we are concerned that, because we're seeing this increase, it's going to mean ongoing increases in our deaths in the coming weeks."

Escott encouraged people, even without symptoms, to get tested so they can better identify positive cases, including the asymptomatic ones.

On Tuesday, Escott also said the Austin Public Health (APH) drive-thru testing would now be available for anyone who needed a test.

He said APH can test 1,000 people each day. Escott said when he checked on Monday, only 40 people had signed up for a test on Wednesday.

"We want to remind people that, particularly if they've been out working, they've been in a role where they're interacting with lots of people, even if they don't have symptoms right now, now's the time to get tested so that we can push that positivity rate down," said Escott.