Employees are increasingly worried as they return to work. But the Clerk's Office said guidelines are being followed. 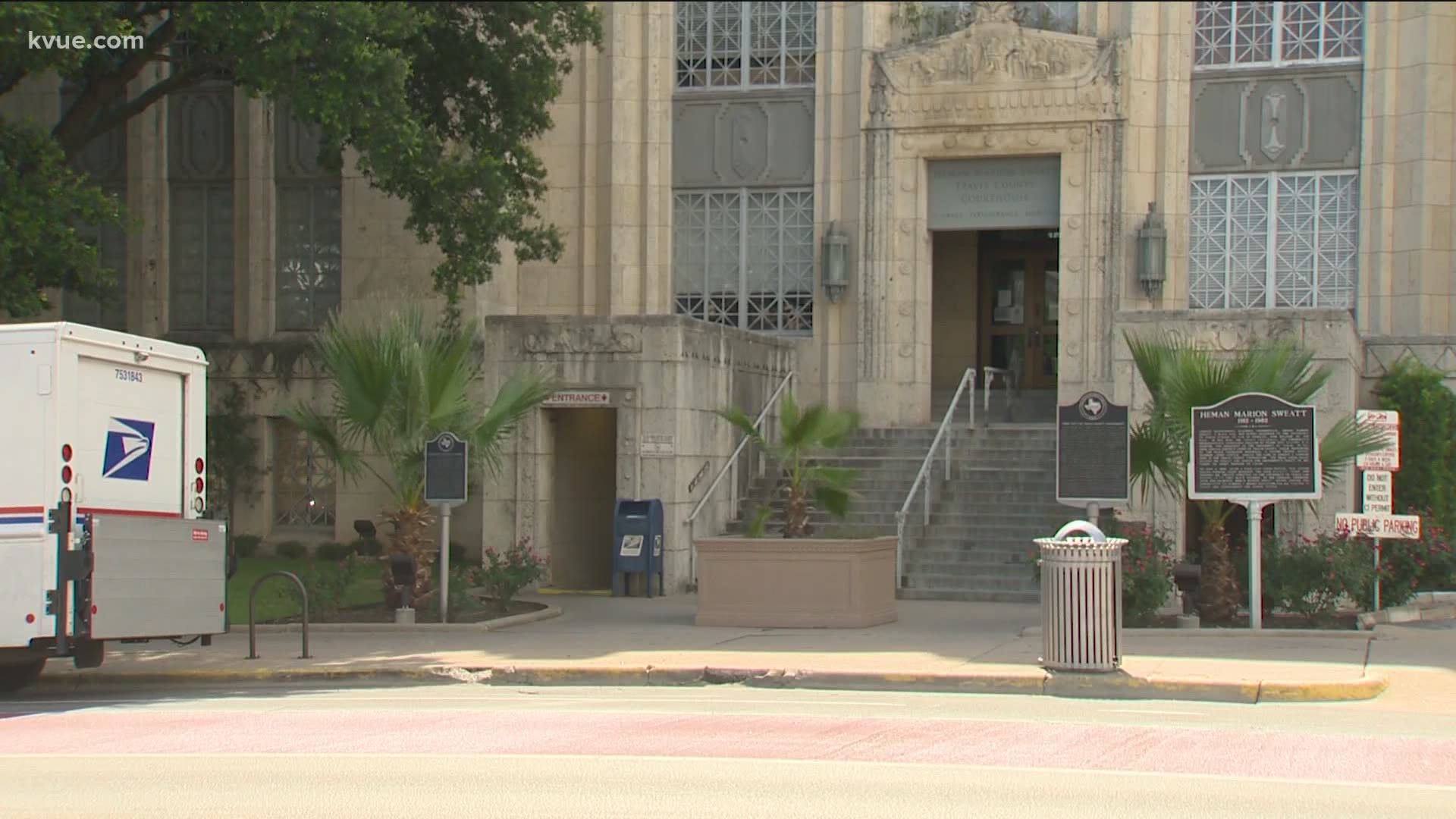 AUSTIN, Texas — As coronavirus cases climb in Travis County and across the state this week, dozens of Travis County Clerk’s Office employees were called back to work.

More than a half-dozen of them, who spoke with KVUE on the condition of anonymity, said they’re worried about choosing between their health and a paycheck.

“We’re constantly walking around the office touching the same equipment,” one employee told KVUE. “When it comes to a situation like that, no amount of telling us to wash our hands or sanitize our desks is really going to make us feel much safer.”

Employees provided KVUE with copies of emails that indicate there have been confirmed COVID-19 cases in the Travis County Courthouse, but a county spokesperson said none of those cases have been on the second floor, where the Clerk’s Office staff works.

Travis County Clerk Dana DeBeauvoir declined an interview for this story but told KVUE her office is following CDC guidelines and that it’s not reasonable to describe the working conditions as “unsafe.”

Since mid-March, employees of the Clerk’s Office misdemeanors and records management divisions worked in-person on a rotating basis. For the misdemeanors division, that meant no more than 10 people were in the office at once.

WHO chief warns world leaders not to 'politicize' pandemic

On Tuesday, the Travis County Commissioners Court approved a re-entry plan for Travis County offices that encourages telework for a “majority of roles.”

But this week, Clerk’s Office employees were called back, meaning up to 46 of them – 28 in the misdemeanors division and 18 in the records management division – can be in the office at the same time. They are all considered essential.

“We have been told that, you know, we need all-hands-on-deck right now. And so it definitely puts pressure on us to feel like we need to be there,” the employee said.

If they don’t want to be there, DeBeauvoir said they can use their personal leave time.

“If employees are able to work remotely, we are offering that and encouraging that,” said Tracey Calloway, the county’s human resources director.

But these employees can’t work from home since they’re working with physical paper documents like bonds or court actions, Calloway said.

DeBeauvoir said the backlog is extensive and since courts will be reopening soon, there is work to be done.

Clerk’s Office staffers provided KVUE with a photo of Plexiglas that went up between workspaces at the office this week.

In addition, a spokesperson for the Clerk’s Office said hand sanitizer and wipes are available for areas and employees. Facilities are also supposed to be wiped down at least three times per day.

“We have things in our work environment to make sure that we're mitigating those concerns as best that we can,” Calloway said, “so, again, that we can deliver the services that our residents are expecting and that we are statutorily required to deliver.”

People who enter the courthouse are subject to a temperature check by the Travis County Sheriff’s Office, according to a county spokesperson.

But workers said they are still concerned.

“When it comes to real reasons why they won’t let us work from home, we’re just left in the dark,” the employee said.

Several other county departments and employees are still teleworking.

Calloway said Clerk’s Office work isn’t considered a social gathering, but instead the county looks at it as residents needing essential services.

Employees said when they try to raise concerns, they fall on deaf ears.

“Everybody is willing to work,” the employee said. “We're not looking for a reason to stay home and do nothing. We've been working hard when we are in the office. We have shown a lot of loyalty and dedication to our work by being there. We're willing to work, but we need to feel safe and we need to feel comfortable in our environment.”

Officer to be fired for involvement in Breonna Taylor's case