The Mesquite Hornets Pee-Wee Football Program is trying to figure out a path forward after much of their equipment was stolen last week. 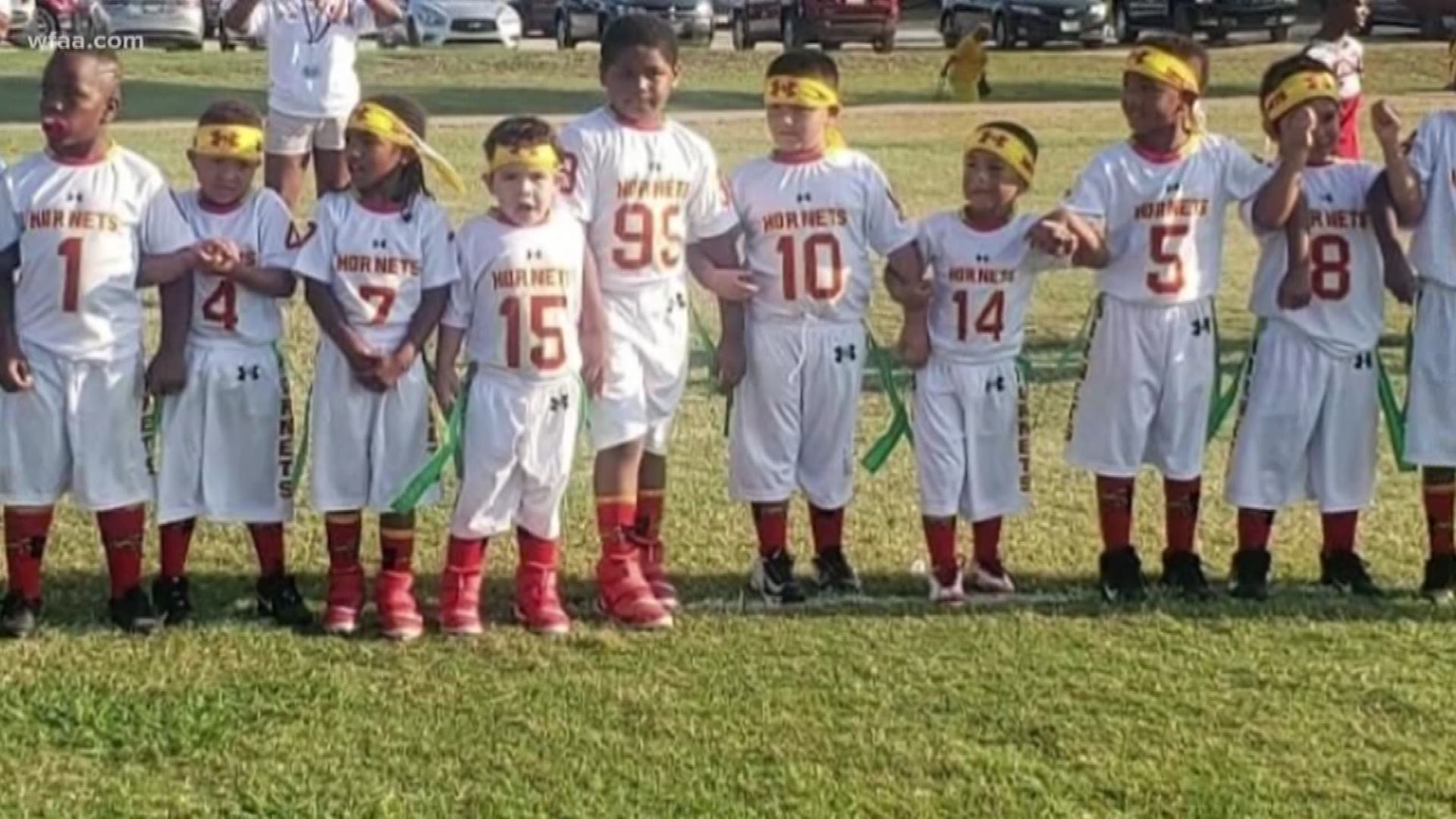 MESQUITE, Texas — The Mesquite Hornets Pee-Wee Football Program is trying to figure out a path forward after much of their equipment was stolen last week. The Hornets trailer carrying their tunnel, tents, T-shirts, sound system and more was taken from a coach's backyard.

“We’re really upset that somebody would steal something that you know the little kids and parents put a lot of hard work into,” parent and volunteer Lee Adams said.

Adams helped with fundraising for all the equipment that was stolen late last week.

“It was something that was stolen that took us six years to build up,” Adams said.

“It was like a gut punch when we heard about it. I literally broke down when I heard,” Mesquite Hornets President Rebecca Taylor said. “You’re talking about little kids that are just devastated.”

The Hornets are a pee-wee football team made up of kids ages 4 to 13. Saturday they played their first game since their equipment was taken from them.

“They look forward to it, running through the tunnel and coming out, and Saturday a lot of them didn’t understand — where is the tunnel, where is the flag, where are our tents — and you have to tell them. Somebody came and stole our stuff,” Taylor said. “We hurt but the ones who really feel the full effect are the kids. They’re the ones we’re having to answer to.”

So now, after six years of fundraising, the team will once again start over trying to raise funds for new gear.

If you’d like to help, you can find details at their GoFundMe by clicking here.