According to the Texas Department of Transportation, there are nine intersections set to be improved on 360. 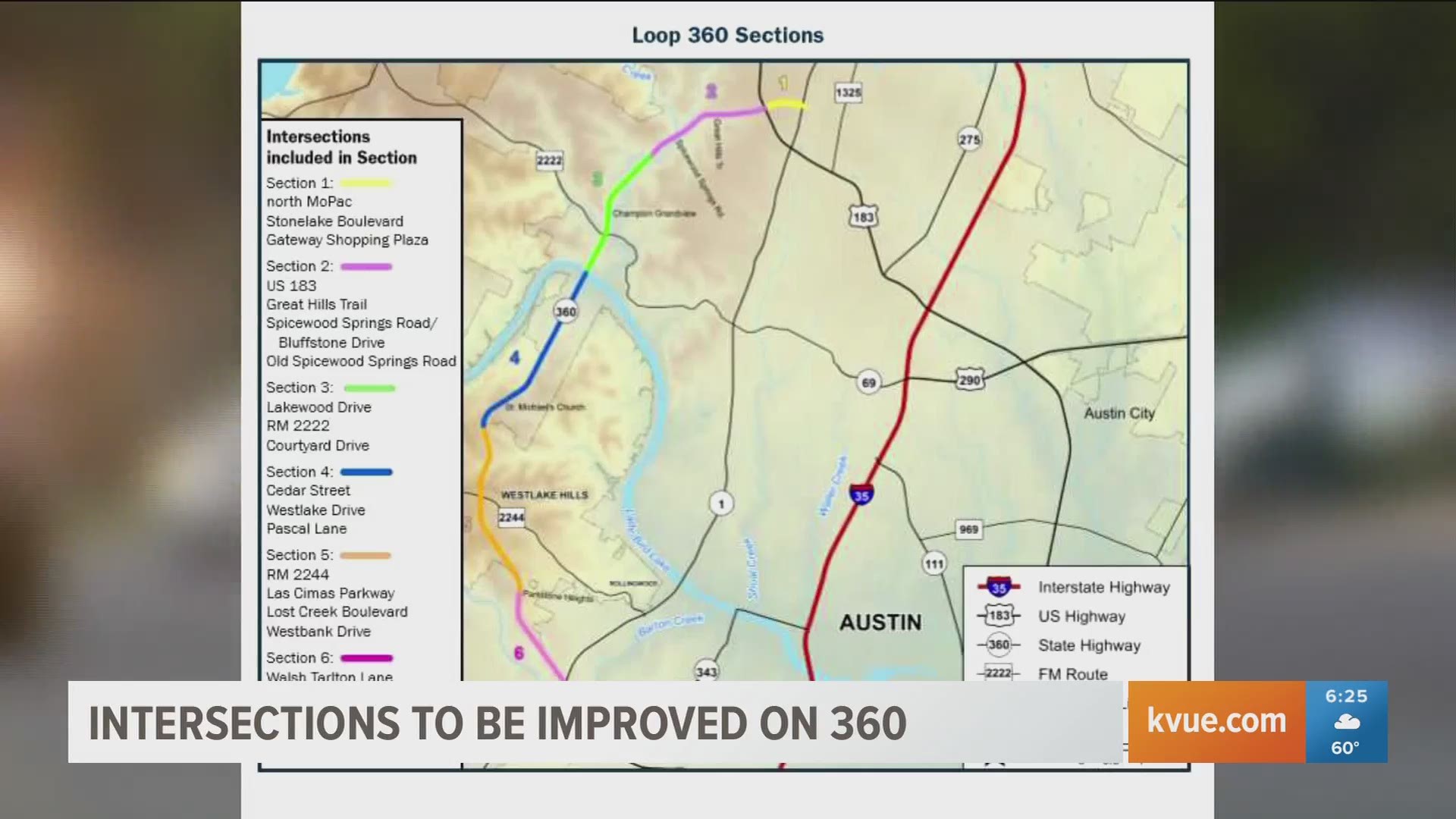 AUSTIN — Improvements are coming to several intersections on the Capital of Texas highway.

One of those intersections includes Westlake Drive and Loop 360. KVUE has learned it is most likely going to look similar to another intersection that's already complete on Loop 360.

According to the Texas Department of Transportation, there are nine intersections set to be improved on 360, but we're still a few years from shoveling dirt on these projects.

The top four projects in terms of priority are:

Westlake Drive is considered the worst intersection to cause traffic delays on this corridor.

Therefore, this particular intersection will be first to receive improvement attention. Right now, the project is in the design phase.

Project designers indicate that the design of the intersection of 2222 at 360 is what the future of Westlake Drive at 360 could look like.

There is no word in terms of any u-turns to be accounted for, and again, this particular section is still in the very early stages of design and will need approval from TxDOT before anything is sent out for construction.

Ground-breaking is to start near 2022 at the earliest, so don't sit at the edge of your seat!

There will be public engagements leading up to the construction phase. This the community and local businesses a chance to give their input on the plans.