The Interstate 35 expansion project in Central Texas will cost an estimated $8 billion and will not include tolls. 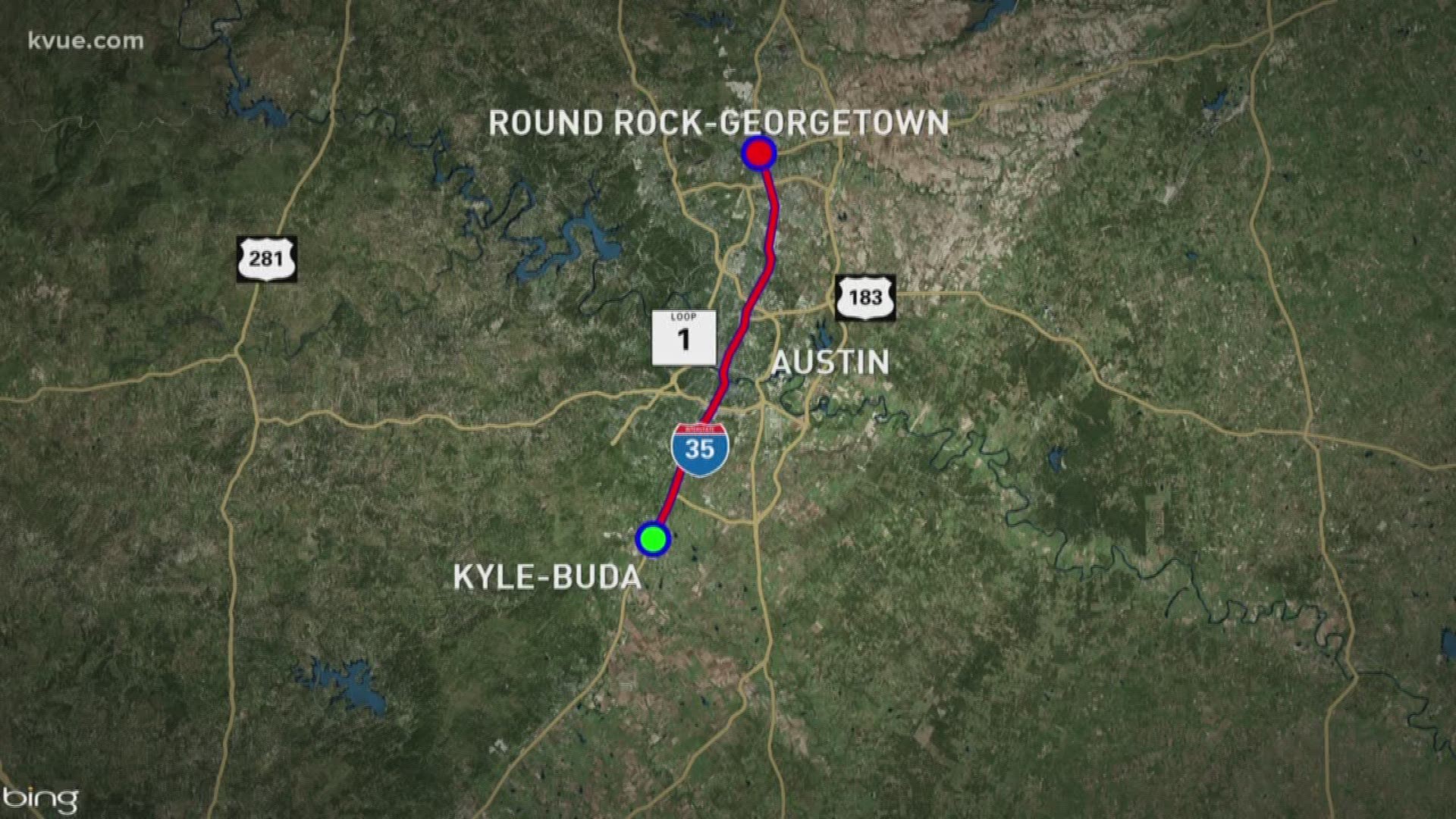 CENTRAL TEXAS — Although Texas Department of Transportation plans on expanding Interstate 35 through Central Texas, the agency has not announced how it will be paid for.

TxDOT hopes to add another lane on I-35 in each direction between Round Rock and Buda within the next decade, according to KVUE's media partners at the Austin American-Statesman. The Statesman reported those lanes in practice would mean high occupancy vehicle lanes -- sometimes referred to as carpool lanes -- that only vehicles with at least two or perhaps three people aboard would be allowed to use.

The project will cost an estimated $8 billion and will not include tolls.

What's next for I-35 now that toll plans are scrapped?

The agency, along with some legislators, originally thought they could only finish the project with tolls. But that idea has been nixed following protests from Gov. Greg Abbott and Lt. Gov. Dan Patrick.

TxDOT is now deliberating on their options.