Using your toilet without running water is time consuming and takes some manual labor, but it's not impossible. 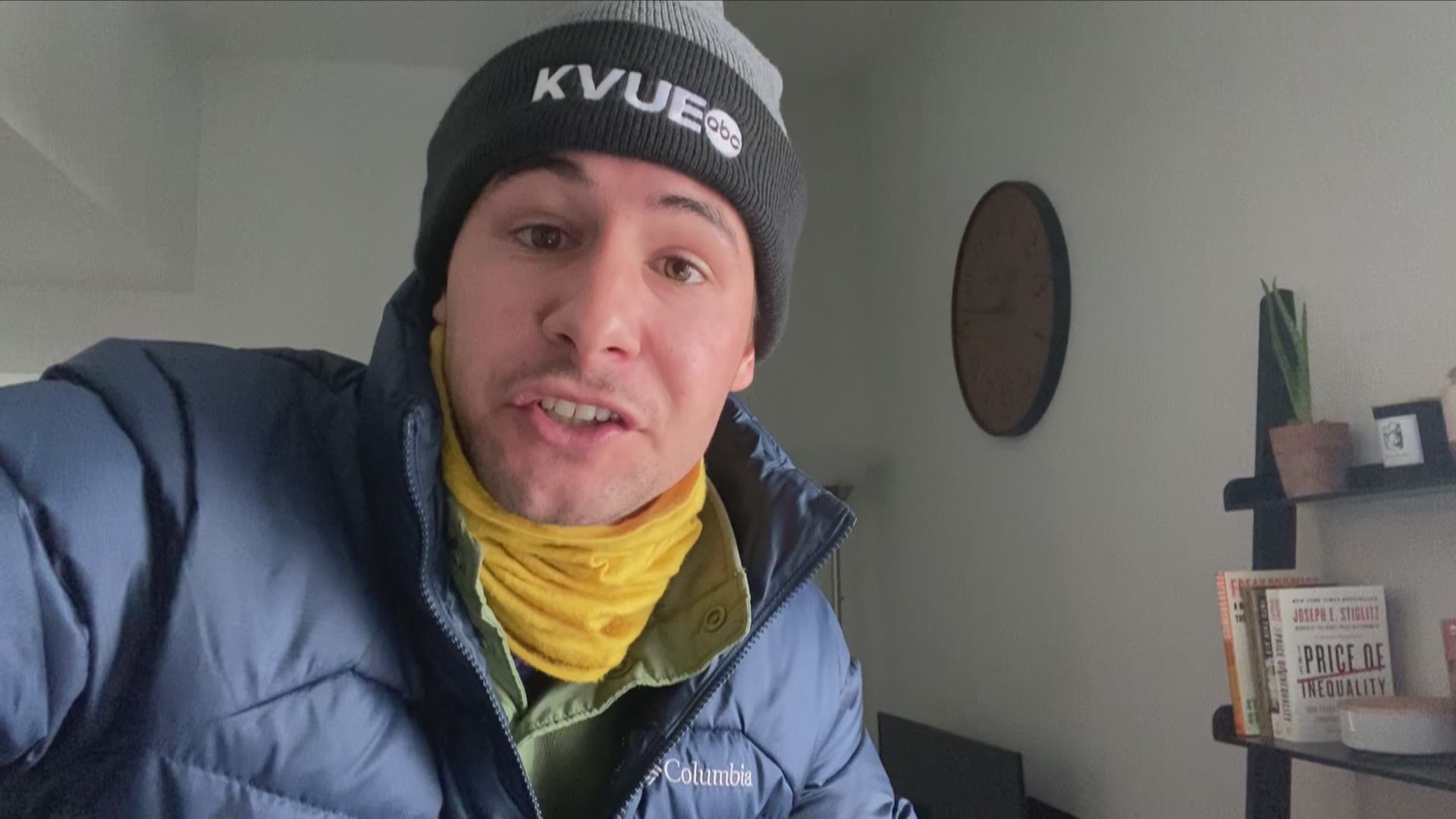 AUSTIN, Texas — Many apartment complexes and homes have shut off water in the Austin area to prevent pipes from bursting.

Hopefully this means more of our living spaces don't become uninhabitable, but it's also highly inconvenient and sometimes life-threatening to not have running water.

With that in mind, here are a few tips, specifically toilet tips, on how to get by until the water comes back on:

WATCH: How to keep your toilet flowing without running water

The first thing you'll want to do is fill your bathtub with water.

If you were unable to do that while you still had running water, and you don't want to waste your supply of drinking water, you'll have to resort to snow or catching dripping water.

The tutorial above focuses on collecting snow in a bucket. The bigger the bucket, the better.

Once you fill the bucket with snow, empty it into your bathtub.

Just another day of trying to perform simple things like using my toilet pic.twitter.com/yEEUFuYitQ

You have two options once you have enough water (between one and two gallons depending on the toilet): You can either dump the water straight into the bowl or dump it into the tank.

Dumping the water into the bowl uses less water, and you won't even need to use the handle to flush if you dump with enough force.

If you don't have a big enough bucket though, there's a chance you won't be able to generate enough pressure to create a flush.

Going the tank route eliminates that concern, but also takes around two gallons of water. Fill the tank to the water line marked on the pump.

Once you reach that line, you'll be good to flush.