The blowout caused the vehicle to veer off the roadway, flipping several times before hitting a tree. 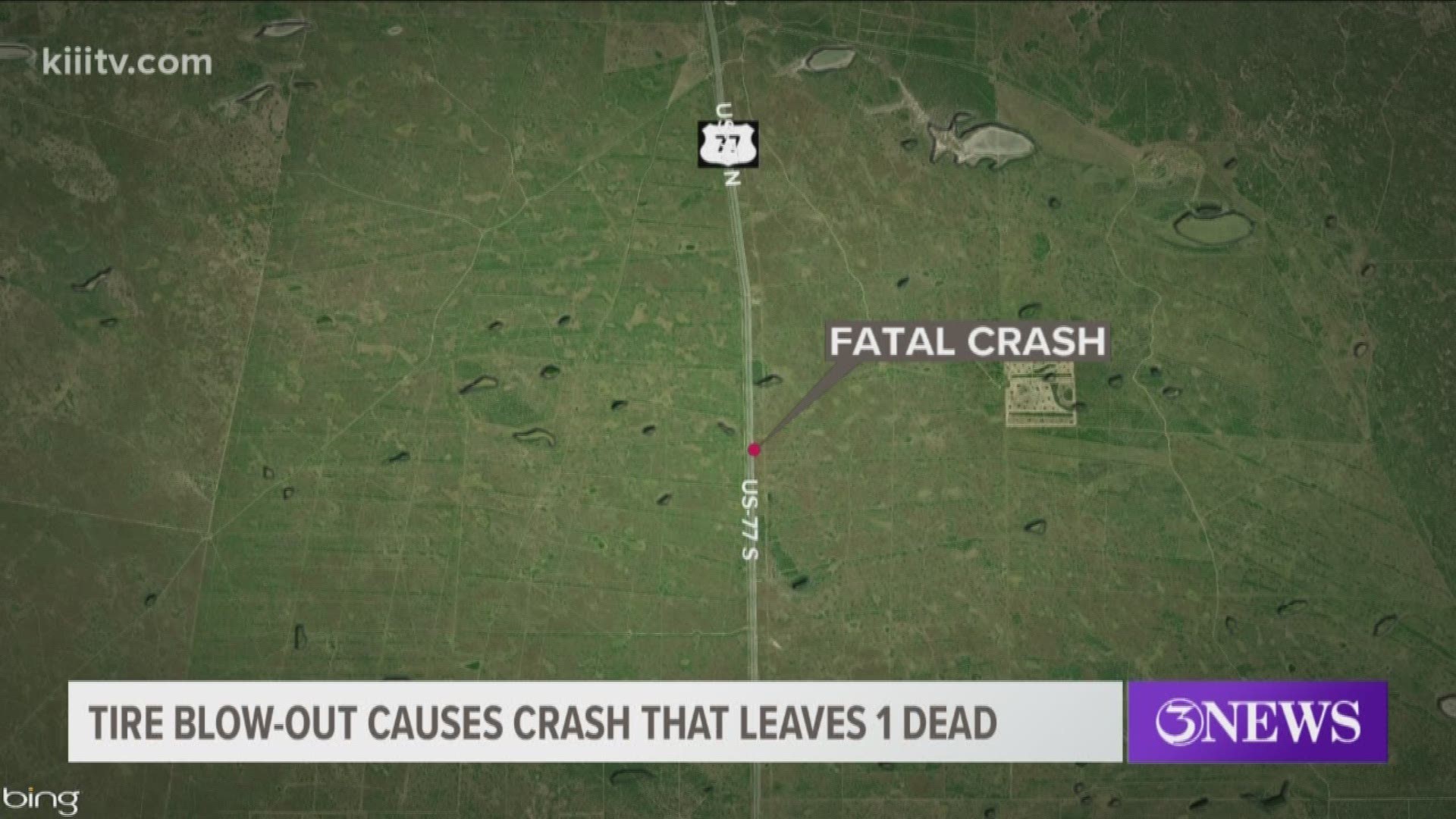 Officials say just after 10 a.m. on Saturday morning, a Ford F-150 was traveling south on U.S. 77 when the vehicle experienced a blow out on the passenger's rear tire.

The blowout caused the vehicle to veer off the roadway, flipping several times before hitting a tree.

According to DPS, 43-year-old Magdalena Escobedo, a resident of Corpus Christi, was pronounced dead at the scene.

The other two passengers in the Ford F-150 were transported to a nearby hospital with non-life-threatening injuries.

The fatal crash is under investigation according to DPS, and more details will be revealed as more information becomes available.