Dec. 2 is the last day of business for Threadgill's World Headquarters, but its original location on North Lamar will remain open. 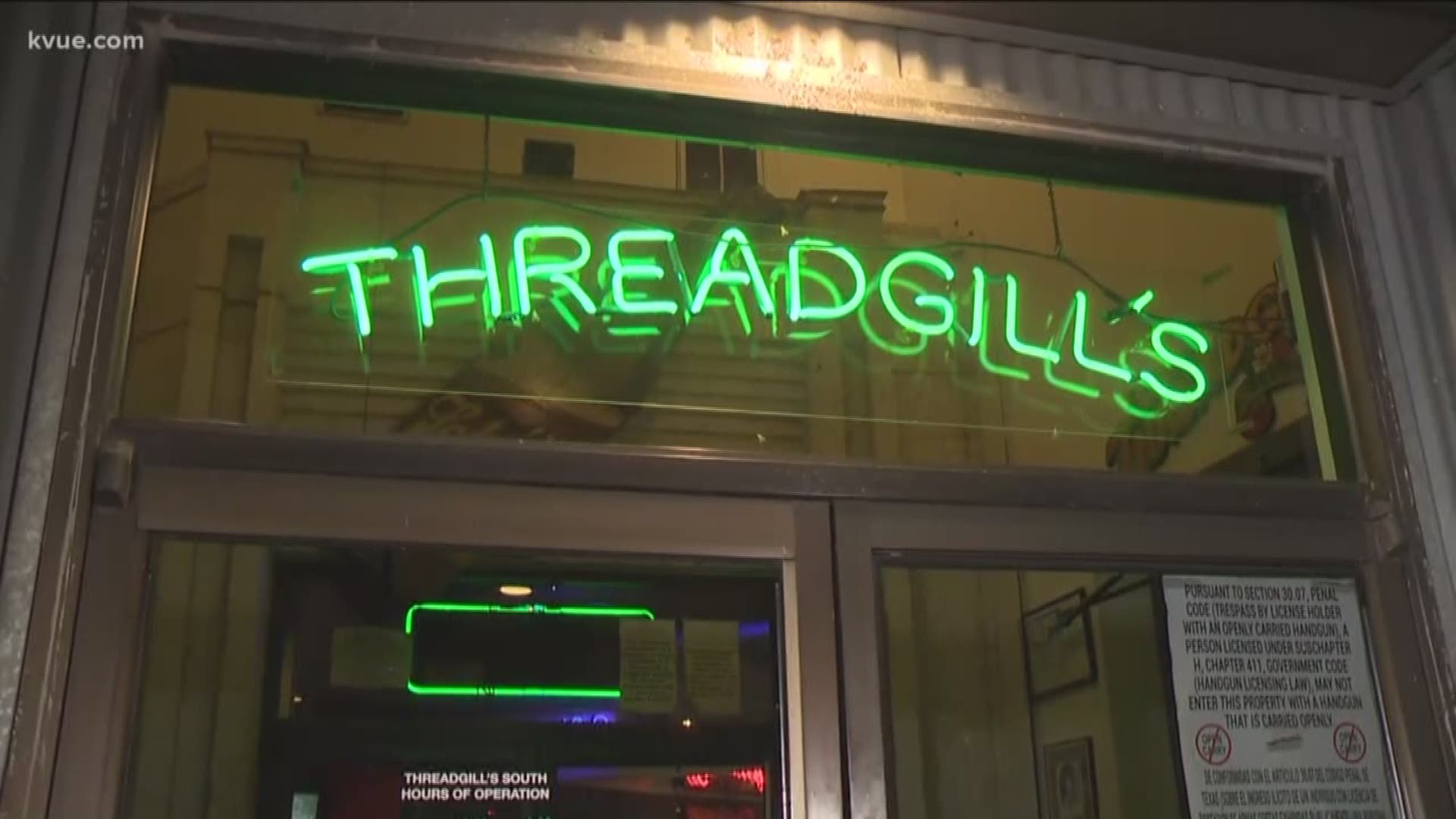 Sunday was the last day of business for Threadgill's World Headquarters, and the restaurant and music venue on Riverside Drive had its last concert Saturday night.

But good news: the original Threadgill's location on North Lamar will stay open. Employees are hoping Austinites will continue to visit.

"It's a different part of town, and I'm hoping that enough people will come up there and keep the vibe going, at least for a little while. It has its own fame, and there's a lot of people that already go there," said Threadgill's owner Eddie Wilson.

Wilson said they're closing down the Riverside location because the area made it too expensive to stay open.

Other customers and employees at the downtown location say although it's great that there is the original location still open, nothing can top the Riverside restaurant.

Restaurant and live music venue, Threadgill’s, to close after Thanksgiving

“We’re happy that they were here for so long but pretty sad that they’re leaving us now," said Austinite Ken Mentzel, who was eating there with his wife on their anniversary.

Some also say it keeps the tradition of "Old Austin."

“This is one of the few throwbacks to Old Austin," said Donnie Price, who's been eating at Threadgill's even before it was open, and when the Armadillo World Headquarters was still there.

Next Saturday, people can salvage some of the memories at the restaurant as decades worth of memorabilia will be up for auction.

“There’s no place else you’re gonna be able to find all this Austin music history in one place," said Robb Burley, the auctioneer next weekend.

“People have been coming in here for 20 years looking at this stuff, and they now have a chance to buy it, take something home with them, add to their collection, put on their walls," said Burley.

Austin's Frank and Angie's Pizzeria set to close next week