Austin has picked a spot for a new shelter, and those who are near it got together Tuesday night to let city leaders know how they feel. 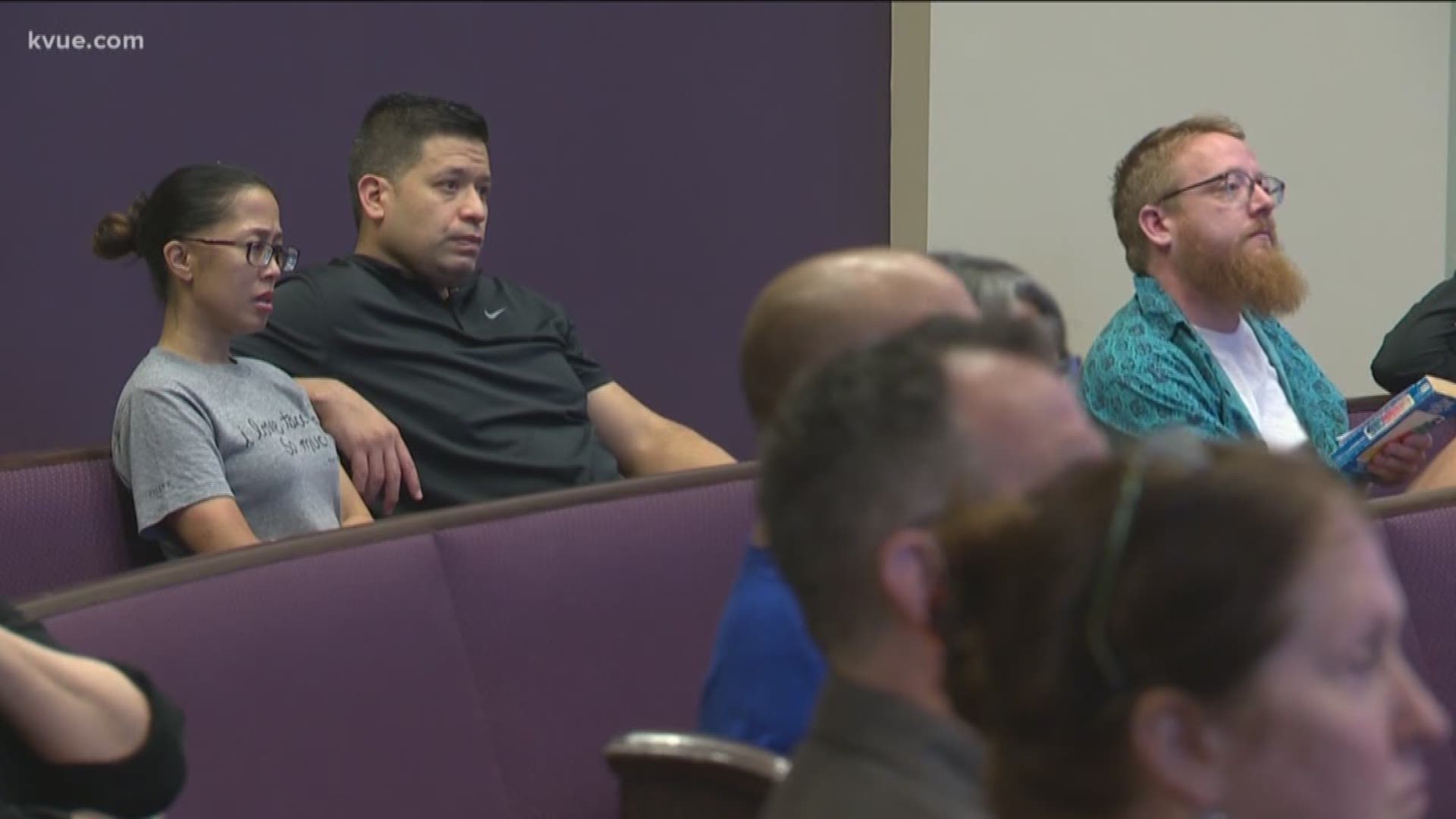 AUSTIN, Texas — For most people, the idea of a homeless shelter built near their neighborhood isn't appealing. Austin has picked a spot for a new shelter, and those who are near it got together on Tuesday night to let city leaders know how they feel.

Craig Polvado grew up on Morgan Lane in a South Austin home that has been in his family since 1957. He said a lot has changed about the area since his childhood.

"It is a lot different than it used to be," Polvado said. "It's growing big time."

A part of that growth could be a new shelter. In June, the Austin City Council unanimously approved to buy a building on Ben White Boulevard off Highway 290 near Polvado's home to become the city's next location for a homeless shelter.

"I worry," Polvado said. "Things are moving so fast. Before I knew much about it, they already made the plans and had it all set up. I wish we could have gotten more notice."

Emily Mohon also lives near this proposed shelter location, and while she said she supports the idea of a new shelter and the steps the city has already taken, she still has some questions.

"Why did they pick this area and community," Mohon asked. "I think something is needed, but of course it is concerning to know what kind of impact that will have on the area."

In July, Cleo Petricek created a petition explaining why she disagreed with the location and why this spot would do more harm than good. She also put together a community meeting Tuesday night at Woodlawn Baptist Church to give her neighbors the chance to talk about their concerns.

"This allows people to ask their questions themselves and have a discussion," Petricek said. "We feel like we are being ignored. Having a shelter in this location is not appropriate."

About a month ago, Petricek invited Mayor Steve Adler, Council Member Ann Kitchen, Council Member Pio Renteria, Austin Police Chief Brian Manley and Austin Fire Chief Joel Baker. Manley is the only one who showed up, while the Austin Fire Department did send some representatives.

"We're the ones actually in the field," Petricek said. "We are experts of our community and the police, rightfully so, are too."

Petricek said the proposed shelter spot is too close to neighborhoods and too close to a bridge under Highway 290 that has encampments.

"This wouldn't do any good if you know this area," Petricek said. "It doesn't help the homeless community nor the community."

According to Chief Manley, Mayor Adler and the other city council members will be at upcoming meetings the city set up. Petricek said these aren't the types of meetings they are hoping for.

"There isn't dialogue happening there," Petricek said. "That is not what we want. This is not community engagement."

Petricek said she'll invite city leaders again to a meeting they will set up in the near future.