North Texans respond to racially charged deaths and 911 calls that are putting the lives of African Americans at risk. 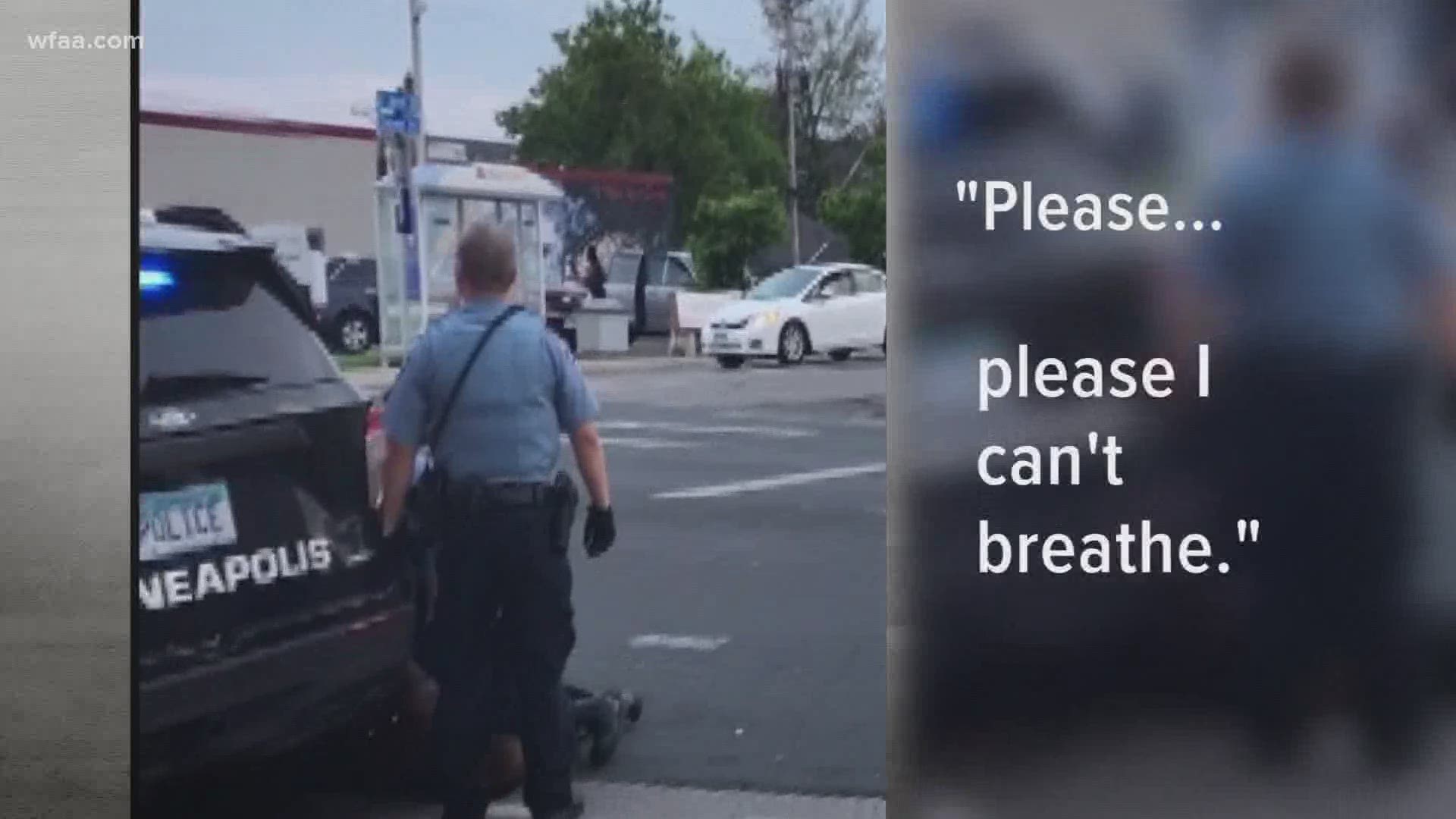 DALLAS — The disturbing and controversial video of a Minneapolis police officer driving his knee into the neck of a man who was lying handcuffed and face down on a street has been gaining national attention.

Those screams echoed the longer the officer held his knee on Floyd’s face.

“He’s not responsive,” an unidentified witness yelled. “Does he have a pulse?”

The officer continued pressing his knee into Floyd’s neck. Other officers watched. More witnesses recorded while demanding the police to stop.

People across the country are fired up over the police officers’ actions toward Floyd.

Minister Barry Elliott said, "I’m conflicted, to be honest with you.”

Floyd’s death and treatment at the hands of Minneapolis police officers have sparked protests and demands for justice. It is also getting a fiery reaction from law enforcement members.

Lamar Glass, a police officer in Dallas, posted a reaction on social media. Glass said, “That ain’t how we police! That ain’t how I police! I can’t speak for everybody else.”

Some residents across North Texas say they are frustrated seeing incidents of questionable use of force and controversial 911 calls, compromising the lives of African Americans.

A woman in New York City was fired from her job, after calling 911 on an African American man in Central Park. The man was in an area popular for bird watchers and asked the woman to follow the park rules by putting her dog on a leash.

RELATED: Woman fired after calling police on man who asked her to leash her dog

“I’m going to tell them there’s an African American man threatening my life,” the woman is seen yelling on video.

The reaction is too personal for some people.

Politician Carl Sherman, Jr. shared, "I was 7 years old when my dad was held at gunpoint by a DeSoto police officer. We’ve had these conversations in my family. This is table talk for us.”

It’s an uncomfortable topic that, frankly, some people say they are tired of trying to make others understand. However, they know they must.

"There is this elephant in the room. This racism that nobody really wants to address," Elliot said.

The mayor of Minneapolis is calling for the officer who held Floyd’s face to the ground with his knee to be arrested. The death has caused clashes between the community and police.

"We’re hurting,” Renae said. “And I need America to see that we’re hurting.”

Many people believe something needs to be done. The strategy, they say, has to be swift, inclusive and effective.