Football season is about to kick into high gear, but finding that gear may be a problem for one local youth football league. 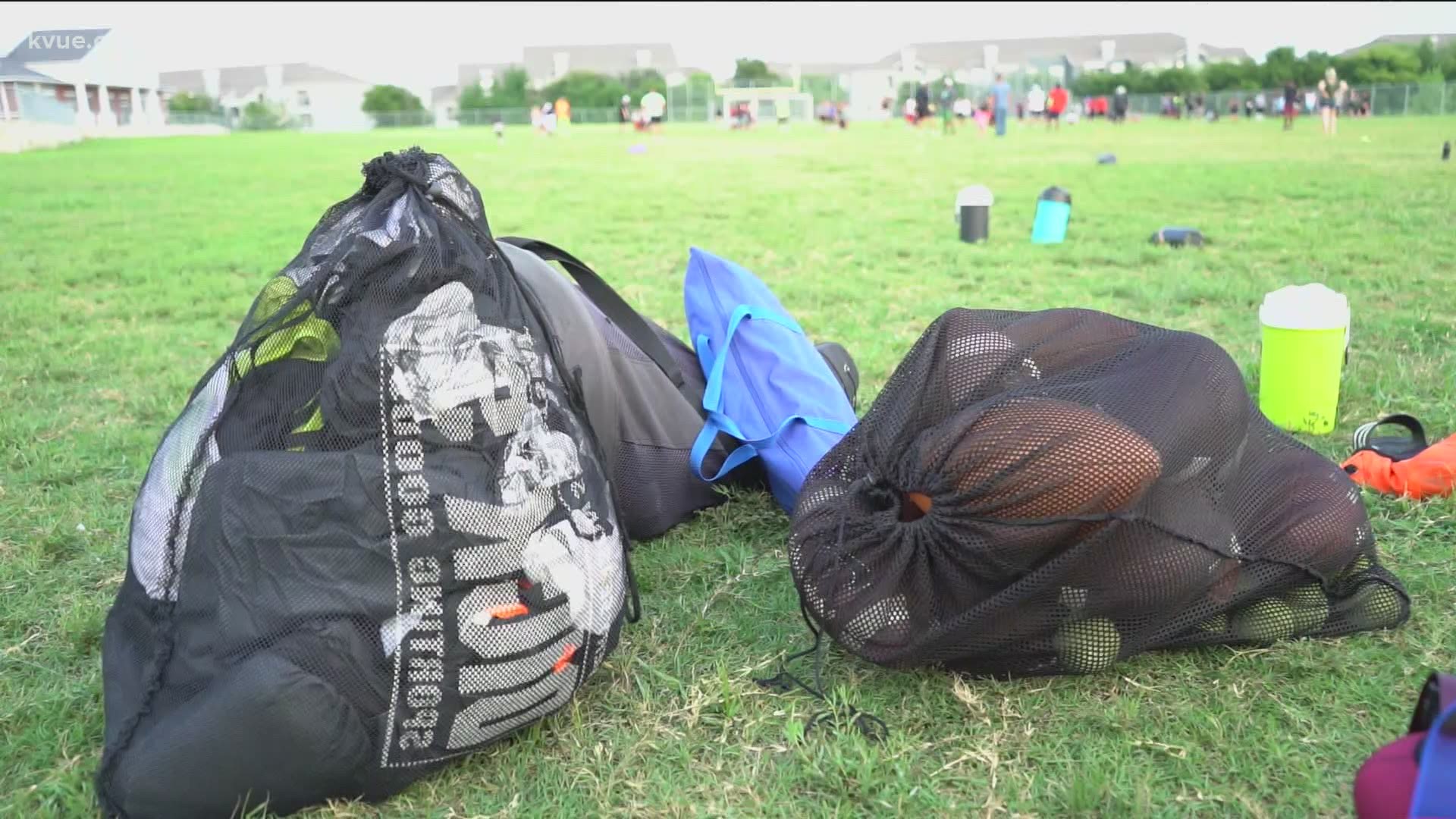 AUSTIN, Texas — For many kids in Texas, a football field is a field of dreams.

In a year that has been filled with challenges, sports have helped so many find a purpose.

Life hasn't always been easy for Topher Rogers. It's why he became a coach, to help kids find their way.

“We go through struggles and you got to learn to mentally tell that struggle, 'I'm the boss of you. You're not the boss of me.' And that's just another one of those things we want to do,” he said.

A league of its own

Those are lessons taught as part of Unity Select Sports, a youth sports league that ensures all kids get a chance to play. Even when someone can't afford a helmet or a jersey, pants or shoes, this league finds a way. They've scrapped together a lot of gear over the past 15 years.

“I mean helmets, we have blocking pads, sleds, targets quarterbacks would throw into. We have weights; we have medicine balls. We have five different types of dummies. We have tackle wheels – you roll the wheel and they run and they hit it, and they roll with it on the ground,” said Rogers.

Credit: Topher Rogers
Some of the equipment stored in the trailer that was stolen the weekend of July 17.

But on the weekend of July 17, someone stole the trailer with all the league's football gear from the parking lot of Jubilee Wells Branch School.

It's been especially difficult for the coaches who just want to offer a place for kids to escape.

“How can you take this from kids? These kids are going to miss out now, and it was the day before practice,” said Rogers.

On Monday, the first day of practice started like any other. Then, parents learned what was lost.

“Right now we don't have any equipment other than the stuff that my coaches have gone out and gotten out of storage – whatever they had,” Coach Dee told parents at practice.

Credit: Topher Rogers
Parents started showing up with jerseys, cleats and other equipment they had stored at their homes.

A short time later, parents began showing up with jerseys and shoes, as much gear as they all personally had, in hopes of helping where they could.

“It’s been fun to watch the parents kind of unite around this organization, realizing that what we offer these kids is above football, above basketball, but sports is way more – and they want to see their kids continue to be enriched by that,” said Rogers.

So many life lessons are learned by competing in sports. Perhaps this is another one of those – proof that even in times of loss, you find what really matters.

Parents started a GoFundMe account for Unity Select Sports, but there's a pretty big challenge right now. There is a shortage of resin, so a lot of the sporting goods stores are out of helmets. If you know of a way to help, you can reach out to the league here.

Duct tape dress created by teen who was inspired by her Texan, Mexican roots