An East Austin neighborhood is trying to figure out a man's unusual package theft style. 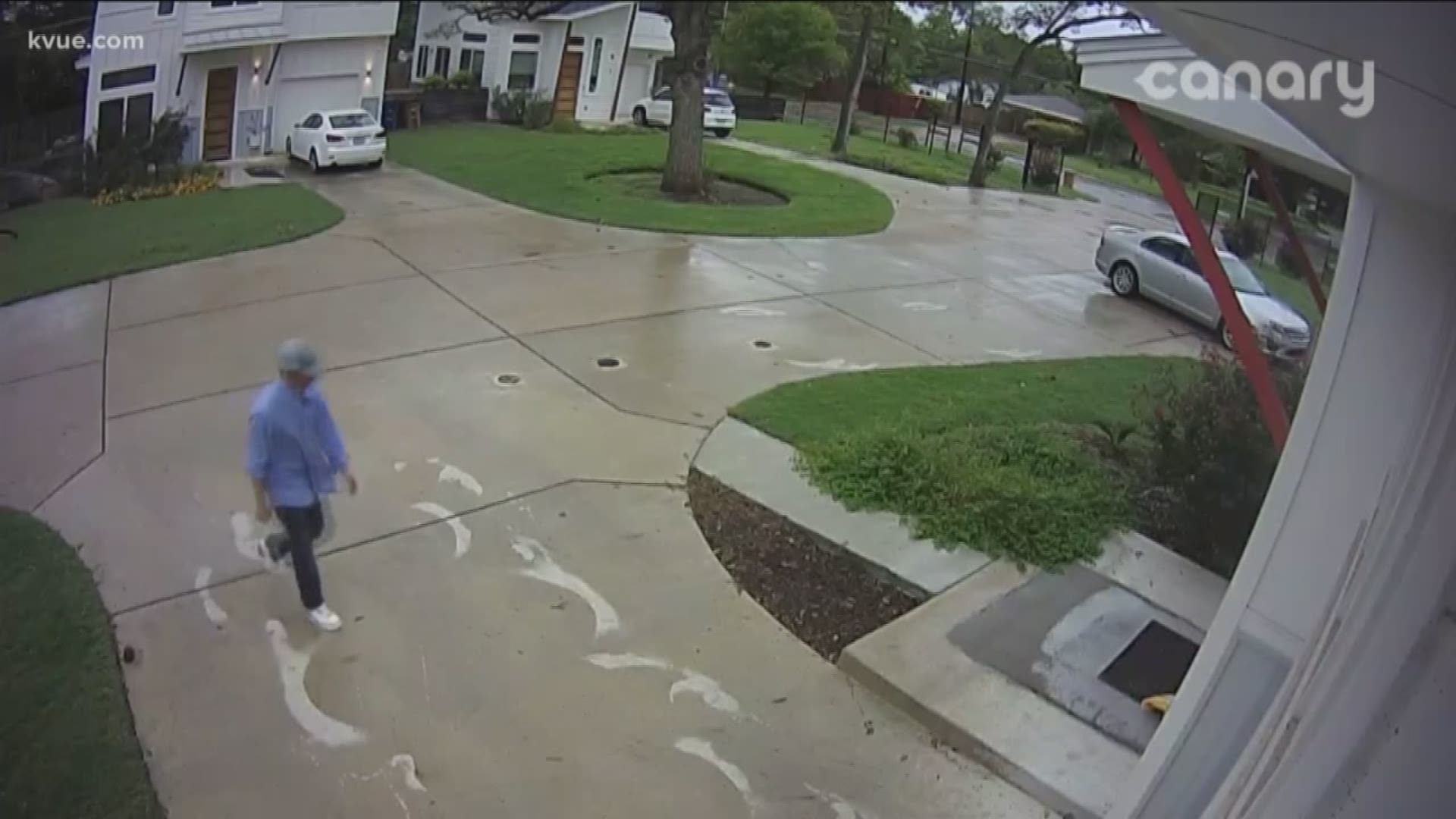 In October, people living off of Wheless Lane in East Austin noticed their packages were missing. At first glance it seems like any other package theft story. But then you take a little closer look and you might notice the thief was also bringing something to the front door.

The thief, who is now wanted by Austin police, stepped out of a black Camaro with a large box and then replaced a package on the doorstep with that large empty box.

Cooper Welch's package was the first victim whose package was stolen in the video that the neighbor's security cameras caught. He said at first he thought it was his neighbor who picked up his package.

"So I got home later that day and was like, 'Hey, did you grab my package?' and he was like 'No I didn't grab your package," said Welch. "You know sure enough this was just some random guy who had walked up to my door and stole my package."

But Welch's neighbor's package was the one stolen and replaced with the empty box.

Austin police are asking for any information. As for Cooper, he's hoping they catch the give and taker.

"It's like in Home Alone the sticky bandits or like the wet bandits or whatever it's their thing this guy like the empty box package thief," Welch said.

If you have any information regarding these package thefts, call the Austin Police Department.