Every night, it’s a race against the clock to get the airport ready for the tens of thousands of travelers who fly through every day. 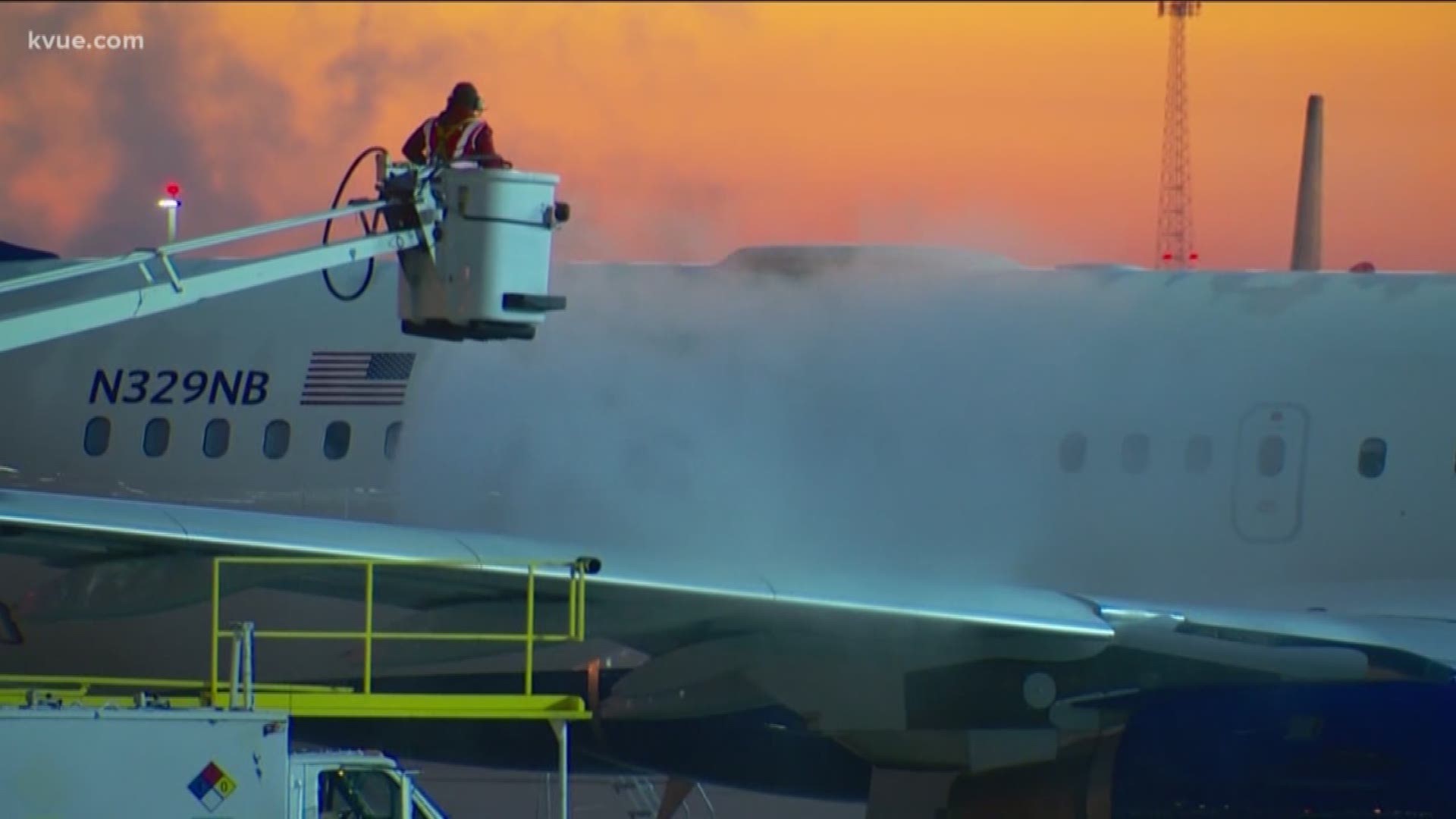 AUSTIN, Texas — While you’re likely sleeping and it’s still dark outside, it’s dark inside several places of the Austin-Bergstrom International Airport, too.

Several airports across the country stay open 24 hours a day, but the Austin airport closes for a few hours each night when no flights are coming or going.

But there is plenty of work happening behind the scenes to make sure everything is ready for travelers bright and early when the Transportation Security Administration (TSA) lines open.

Even though the TSA checkpoints close for a few hours, a lot of people are racing around completing even the smallest of tasks.

“Really, every night, there's kind of a symphony of a lot of different things that are going on,” Rankin said.

Rankin conducts that symphony with a two-way radio to the airport operations center always at his waist.

“It's mostly people just getting up early and doing their jobs,” Rankin said.

More than 100 tenants are part of the airport – those include airlines, TSA, U.S. Homeland Security, cleaning crews and construction contractors.

“They all play a part in making everything come together in the mornings so that we can start getting flights out,” Rankin said.

On an average night, about 70 planes spend the night parked on the airport tarmac. Maintenance crews from the airlines tend to the needs of the planes and make sure the runway is in pristine condition for the next day of flights.

Around 3 a.m., TSA agents begin arriving for work before they have a morning briefing for a look at the day ahead. Some mornings, they get quick training refreshers and a look at what special events in Austin might cause more air travelers.

The agents divide and conquer after that, dispersing to the airport’s various checkpoints. The machines have to be calibrated and prepared to screen the airport’s daily average of 47,517 flyers.

By 3:30 a.m., the checkpoints are open and ready to screen all the passengers.

That’s when retailers and concessionaires start to open, even though some don’t open for a couple of hours after that.

Cleaning is a top priority at the airport – both during the day and overnight. At least 30,000 square feet of floor gets polished every night.

“One of the most important metrics that [airports] have for how they're perceived and evaluated by the traveling public, which is the cleanliness of the facilities, especially the restrooms,” Rankin said. “There's a lot going on behind the scenes that probably most people aren't aware of.”

In just a couple of short hours each night, the airport comes alive, as flyers prepare to get on their way. A lot of flights push back from the gate by 6 a.m.

“We always have people working 24/7 to keep this place functioning,” Rankin said.