'The most scared I've been in my life.' Dripping Springs apartment dwellers recovering from storm

In Dripping Springs, The Springs apartment complex was one of those hit really hard by Friday's rainfall. 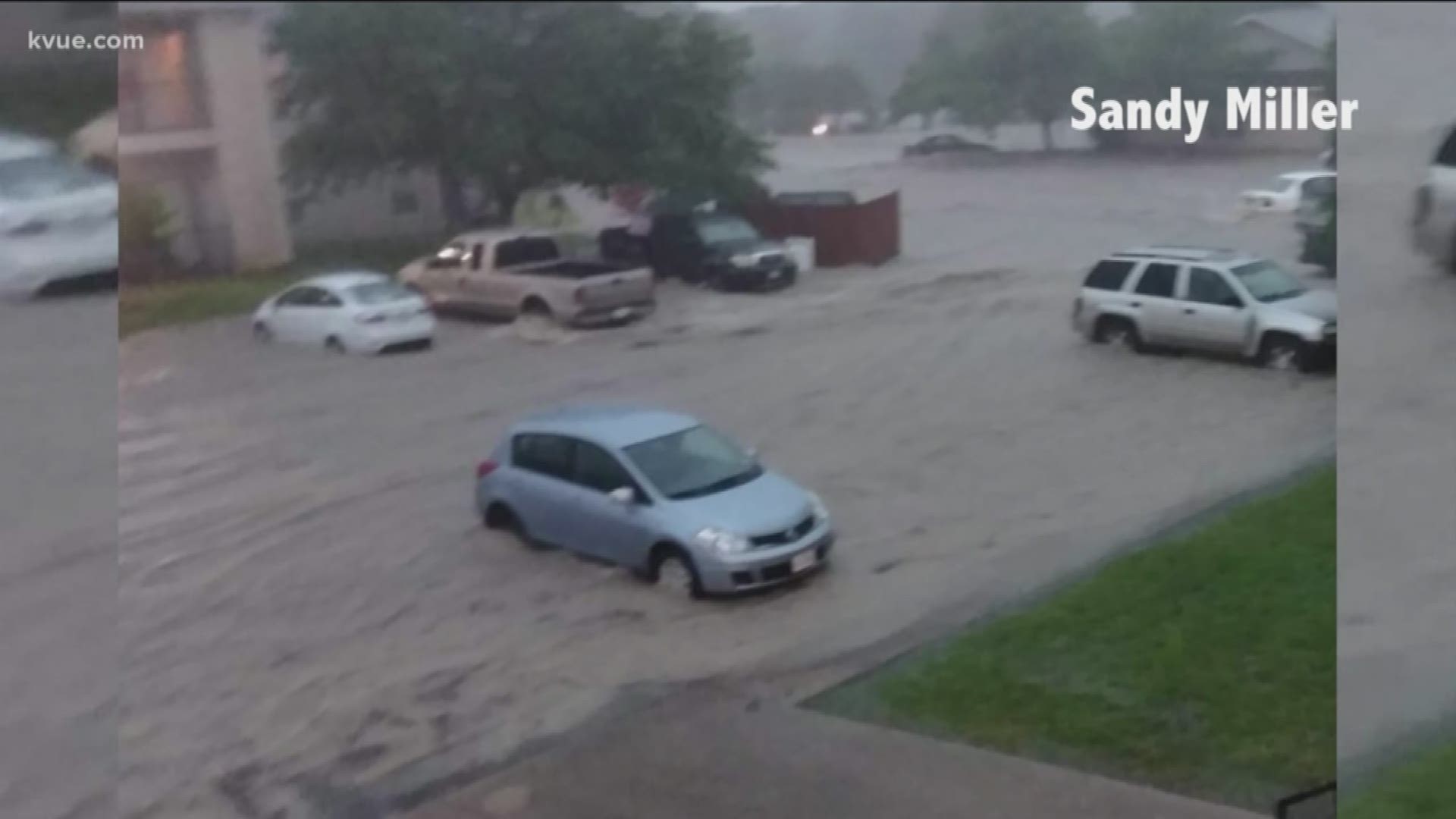 AUSTIN, Texas — Flood cleanup was continuing Sunday in Dripping Springs. The Springs apartment complex had several inches to at least a foot of water in some spots.

"I've never been scared of anything, but Friday I was scared of that water," said Michael Huerta, who has lived at the complex for a year-and-a-half. "It was just unimaginable."

Huerta lives in a second-floor unit, so his apartment was spared. For Michael Robinson, his ground-floor apartment is elevated a little bit higher but he still had to essentially defend his home.

"We had to barricade our house with blankets," said Robinson.

But others weren't so lucky.

You can see these pictures that show at least a foot of water in some spots. The parking lot was covered and even flooded some cars.

Jennifer Collet lives in a ground-floor unit at the complex. She said that, at one point, there was four inches of water inside her apartment.

"It was the most scared I've been in my life," said Collet. "Your mind won't go there for you to believe that water is going to start seeping in."

Overall, she said they lost just rugs and carpets. Their family portraits were spared.

While others may not have been so lucky, many residents there said they stuck together during and after the storm.

"Kind of banded together, you know? Whenever things happen," said Robinson.

Collet's next-door neighbor initially warned her of the water, and went over to help start saving personal belongings.

"We just started lifting laptops and stuff like that," said Collet.

Residents also told KVUE that the outpouring from the community has helped. Residents said multiple churches, the Red Cross, even total strangers have all pitched in.

"These guys here they have a good spirit it's a good vibe here in Dripping Springs," said Huerta. "Everybody just working together, you know?"

Teen struck in alleged hit-and-run at The Domain, police investigating