Rep. John Kuempel added an amendment to Senate Bill 8 that would enable legislation for funds to be used to fix the dam. 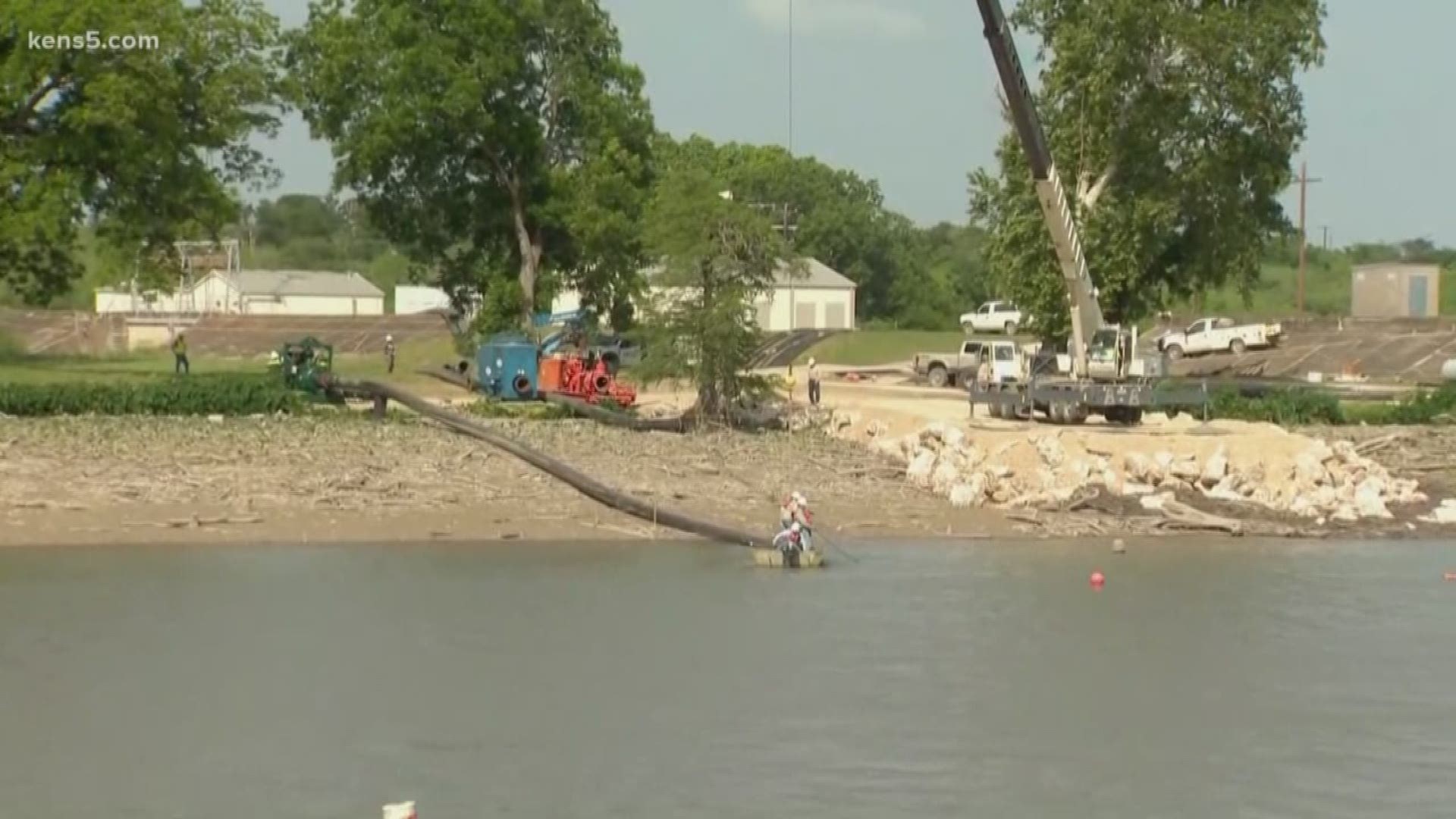 NEW BRAUNFELS, Texas—The Lake Dunlap community is rallying together to save their lake.

“People are looking for answers,” said Lake Dunlap resident John Moore.  “They want to know what to do next, how they can help.”

In the last week since a spill-gate failed at the Lake Dunlap Dam, draining most of the water from the lake, neighbors along the lake have been calling on lawmakers to ask for funding to repair the dam.

RELATED: 'We're not destroyed': Residents trying to move forward in the aftermath of Lake Dunlap draining out

RELATED: Lake Dunlap's future is grim after spillway fails at nearby dam

Moore lives just a few houses away from the dam, and when it collapsed he said it sounded like an explosion. “All of a sudden, there was a big boom, the house shook, and all the animals jumped up and looked at me like I did something wrong,” he said.

Moore said at first, no one knew exactly what to do.

“I can’t go over there and throw up a plug in the dam,” he said. “It’s like slow motion, what’s going on and what do I need to do.”

The Guadalupe-Blanco River Authority said they’ve been working with engineers on a plan to fix the spill-gates that are over 90 years old, but they don’t have the funding to fix it.

So, after the initial shock wore off, Moore and his neighbors began calling their local lawmakers in Austin to step in and help.

“It’s been about getting the community to rally around GBRA, and helping them get the funding they need,” Moore said.

Those lawmakers heard their cry for help.

Last week, Representative John Kuempel of Seguin added an amendment to Senate Bill 8 that would require the Texas Water Development Board to prepare a report on how to repair and maintain aging dams across the state.

Senate Bill 8 is essentially a framework for the first state flood plan in Texas.

"These critical flood-related infrastructures need to be identified for future planning and improvements so that catastrophic events in the future can be avoided, or mitigated, at the very least," Kuempel commented in a press release.

The amendment to SB8 would enable legislators to appropriate funds to be used to repair and maintain the dams, including Lake Dunlap. On Monday, Rep. Kuempel, along with Senator Donna Campbell, sent a letter to Governor Greg Abbott explaining the importance of fixing Lake Dunlap and asking for his support in appropriating funding. 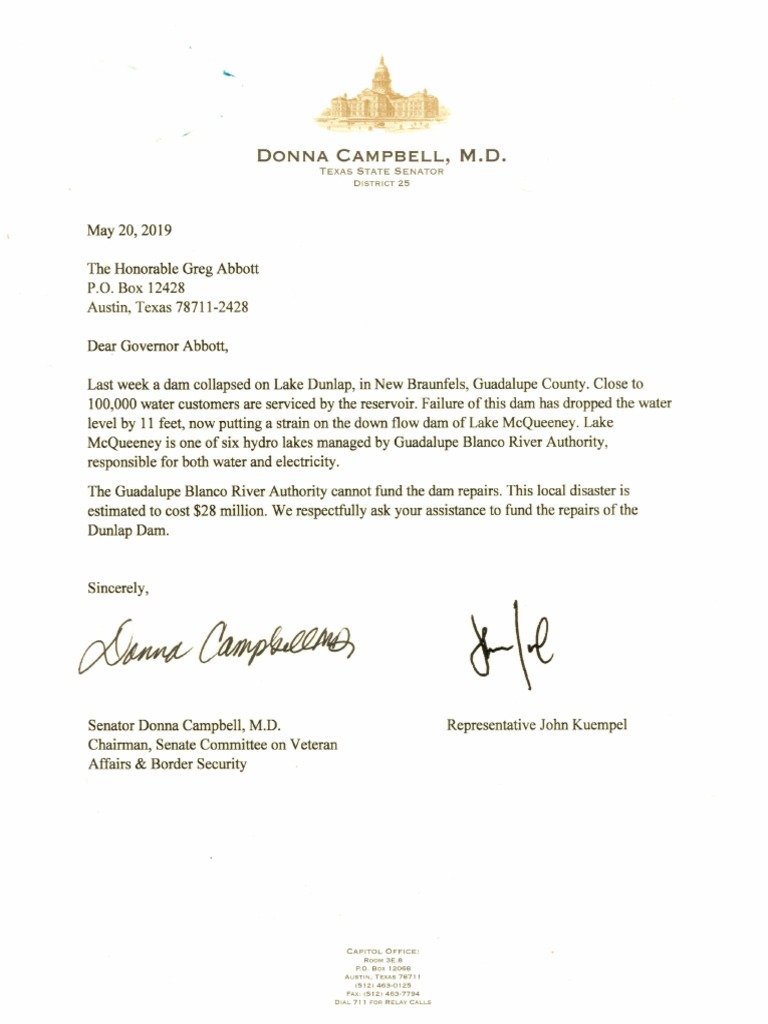 Donna Campbell Letter to Abbott
On Monday, Rep. John Kuempel and Senator Donna Campbell sent a letter to Governor Greg Abbott explaining the importance of fixing Lake Dunlap and asking for his support in appropriating funding.

But the clock is ticking. The legislative session ends on Monday, so lawmakers have a week to pass SB8 and appropriate funds. Otherwise, they’ll have to wait another two years until the next session.

Moore said he hopes something can be done soon to restore the lake.

“This just isn’t a Comal County or Guadalupe County thing, this is a Texas thing,” he said. “This lake is a benefit to a lot of people."

Women's clothing chain Dressbarn to close all of its 650 stores

'A miracle,' Beachgoer recovering after having head run over at Go Topless Weekend, mother says

Koalas return to the San Antonio Zoo this summer