The City said the hate crimes are often under-reported. 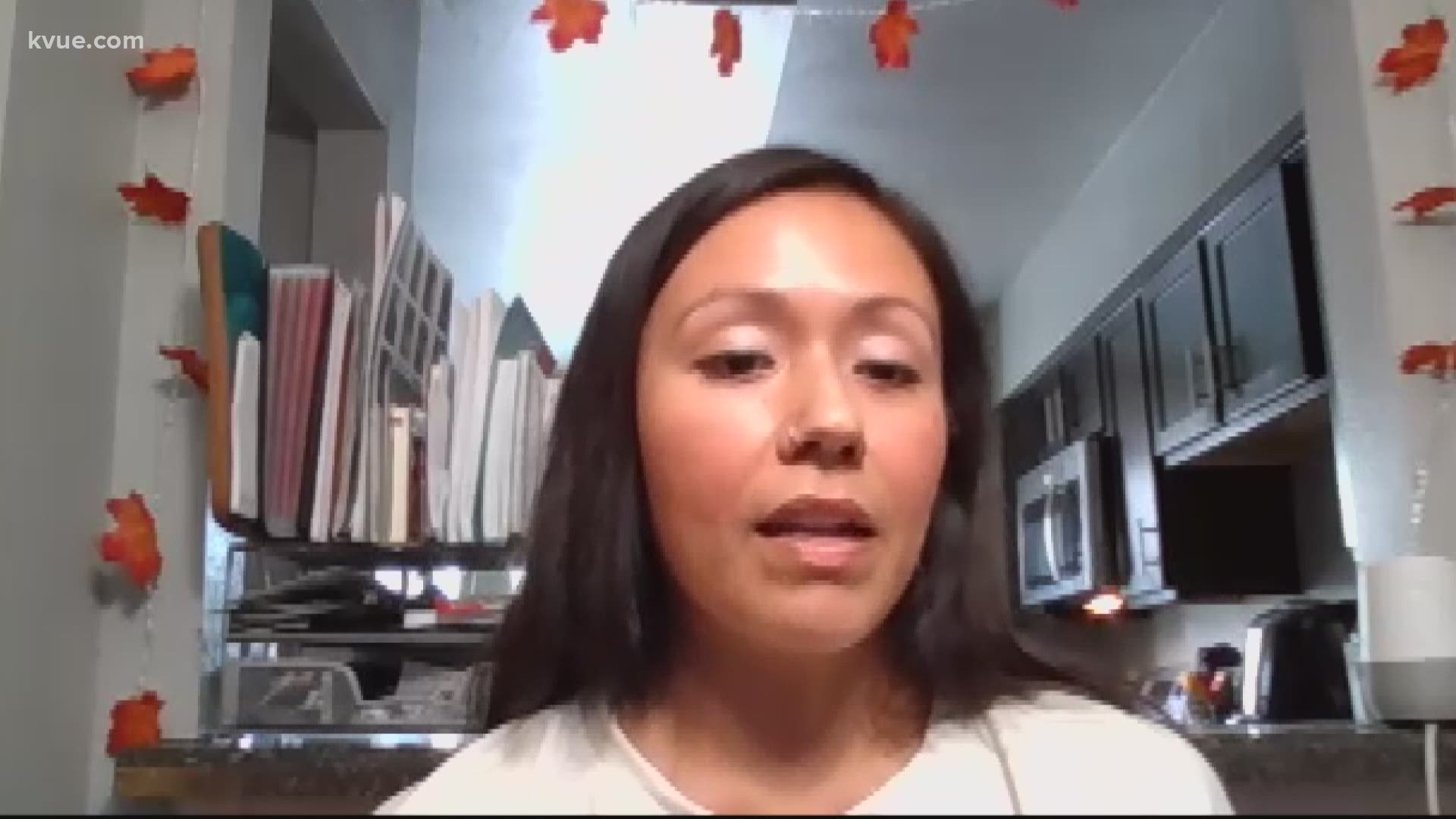 AUSTIN, Texas — The City of Austin's Equity Office said it has noticed an uptick in Asian American hate crimes similar to what's happening in other parts of the country, such as vandalism at an Asian-owned small business in San Antonio. Some parts of the community in Austin tell KVUE they're hoping more people educate themselves.

"I experienced racism during my entire childhood," said Jane Ko, an Austin food blogger for A Taste of Koko who was born in Taiwan. "Never would I imagine in the year of 2021, a full year into COVID-19, that we would still be experiencing racism because of this pandemic."

"We've definitely heard about some hate crimes from the from our clients and from our own team," said Easley. "I think that it won't end until we are able to address our history and our history of racism in this country."

"Given that the leadership that we had in our country was attributing a very deadly and horrific pandemic to the whole country, I'm not super surprised that this happened," Easley continued. "When you group a bunch of people in together like that and tell folks that these folks are responsible for the death of your parents, your neighbors, you know, I think that it would make sense that people feel angry and upset and that association becomes much more vivid."

A decade ago, Asians made up a little less than 5% of the Austin metro population. In 2019, that number was up to almost 8%. According to Greater Austin Asian Chamber of Commerce, Asians in Austin are the fastest growing demographic group, doubling roughly every 12 years.

The City of Austin's Immigrant Affairs Coordinator for the Equity Office, Rocio Villalobos, said these crimes are under-reported.

"They're finding their stores being vandalized or receiving death threats. We know that there's been a significant amount of verbal harassment, as well as instances of people being spit upon," said Villalobos. "We also know that there have been incidents that aren't being reported because people are fearing for their safety. They're fearing that they or their businesses, their families may be targeted because of their speaking out about what's happening."

Villalobos said everyone has the right to be safe and no one should fear for their life.

"There are people here in the community that care about what's happening to them," said Villalobos.

The City of Austin set up a link to report COVID-19 related harassment, specifically for people in the Asian community.

Austin police said their department has not seen an uptick in hate crimes against the Asian American community. Their statement:

"Austin continues to live up to its well-deserved reputation for being a diverse and accepting community. We have not seen an uptick in hate crimes against the Asian American community, and are unaware of any credible threats.

"The Austin Police Department has noted media coverage that highlights unfortunate examples of hate-related speech. Those incidents, while disappointing, do not meet the elements of a crime as outlined in the Texas Penal Code. Anyone who has been a victim or who has information about a potential hate crime is asked to report it to police so we can investigate accordingly."

APD has an Asian Outreach Program and an assigned liaison who has been working with the Asian community.

“The racial targeting and hate crimes against the Asian American Pacific Islander community is a national issue, and in Austin as well. The members of the City Council and I recognized this in 2020.

"One of the things that makes Austin one of the greatest places to live and work is its people. The city is rich in its overall diversity, and that heterogeneity benefits our overall community and economy.

"We support, protect and celebrate our city’s Asian American Pacific Islander families, their businesses and cultural contributions to the Austin community."

"We know that for our families and staff, the news of senseless and terrible shootings in Georgia has cast a long and dark shadow. Our thoughts, grief and sympathy go out to the victims, their families, and the Asian American and Pacific Islander communities.

"We know that attacks targeting Asian American and Pacific Islander communities have been on the rise since the start of the pandemic. Simply put we must stand up and condemn this violence and the hateful rhetoric that leads to it.

"Hate speech and violent crimes are a disease that can only be cured through knowledge, understanding and engagement. At Austin ISD we will continue to strive every day to build a student population that is inclusive and accepting to all, condemning violence where we find it, and supporting victims in times such as this."

The Greater Austin Asian Chamber of Commerce provided resources for fighting anti-Asian hate crimes. Its statement is below:

"The Greater Austin Asian Chamber of Commerce strongly denounces any acts of violence against innocent people – be it racially motivated or otherwise. Although we are still waiting to learn more information as things unfold, this type of violence, as well as how it is portrayed in the media, can hurt Asian businesses. We believe in the sanctity and nobility of each human life and uphold the values of our free and diverse nation to offer opportunities to everyone who calls America home to live, work and contribute to our economy and community in peace and security. Our thoughts and prayers are with the families of all those touched by this tragedy in Atlanta.

"Leaders in Austin have responded strongly to these events and are calling for more vigilance and protection for Austin’s Asian American community. We are so fortunate to have such friends standing by our community.

"While the Austin Regional Intelligence Center (ARIC) is unaware of any credible threats to the Central Texas area, ARIC has sent out a Situational Awareness Report to area law enforcement agencies encouraging them to increase the presence of marked patrol units in and around Asian businesses and communities."

"Our officers have been aware of this information and when time permits will increase patrols in those locations," said the Austin Police Department.

“Our local Asian American community is vital to the dynamic success that is Austin. Rising anti-Asian violence and hate speech must be vigorously countered through prosecuting wrongdoers, speaking out against racism, supporting our local businesses, joining our rally for Stop Asian Hate on Saturday, April 17, and standing with our Asian American neighbors at every turn.”

The City of Austin Equity office reports the Austin Asian community is dealing with some COVID-19-related harassment. If you are a victim or a witness of a hate crime, please report your incident here: austintexas.gov/page/report-covid-19-racism

If you experience any micro-aggressions, racial profiling or any sort of attacks – whether it’s a dirty look, a racial slur or something worse – some tips are provided below:

GAACC member Fowler Law Firm has also offered a no-charge consultation – if you've been a target, call 512-441-1411. Act To Change has multilingual resources on how to deal with bullying.