In Other News: That Joint in Spicewood is 'beyond weird'

Terry Fagerstrom has created a place that's out of the ordinary out of what was once the old post office. 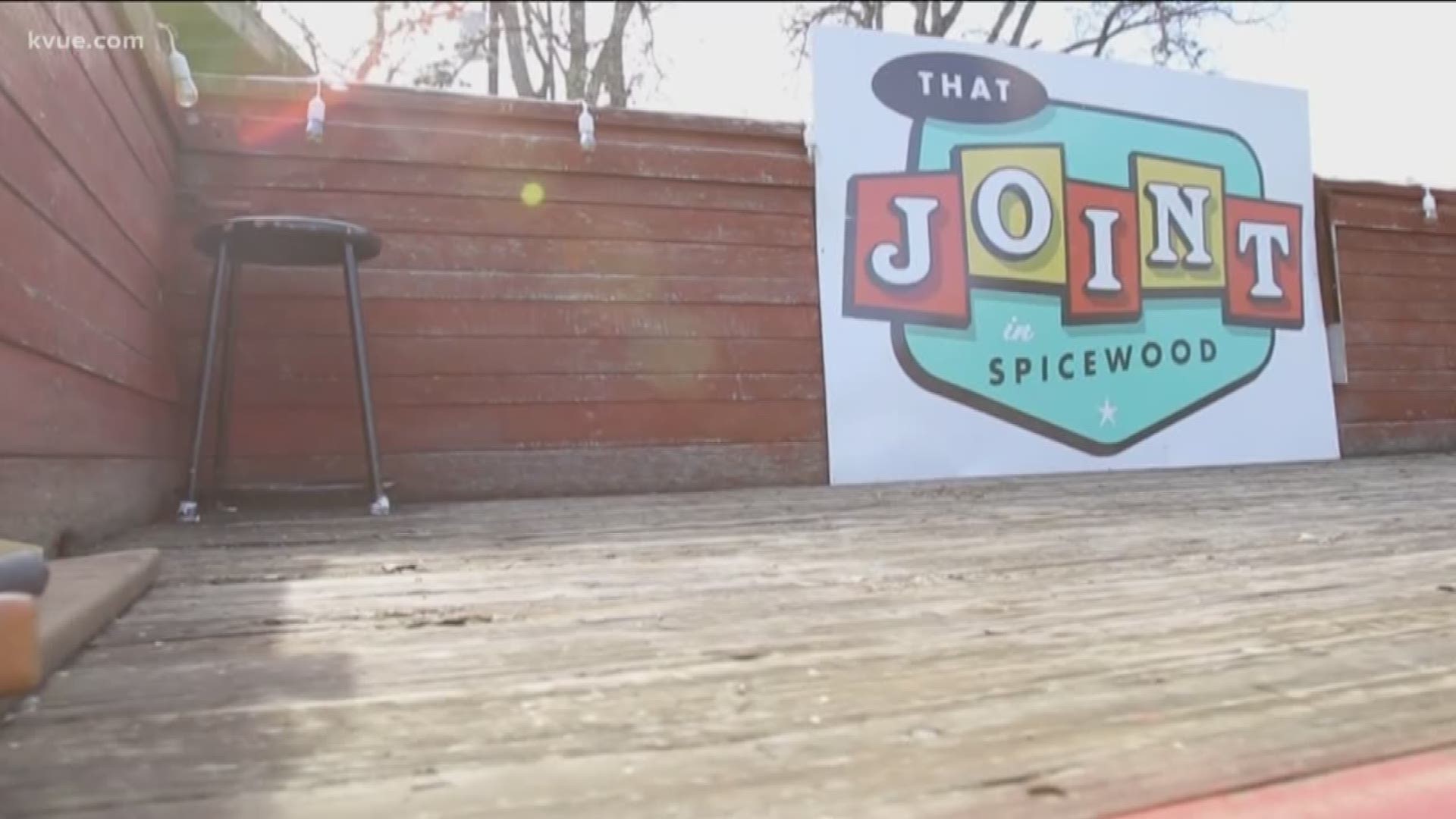 SPICEWOOD, Texas — There are a lot of different places that are off the beaten path. Here's one of them that's out west of Austin. It's called "That Joint In Spicewood."

"That's the old post office," said Fagerstrom. "It sits on about four acres of the old Sinclair gas station."

From the second you step into this building from 1897, you can tell it's different.

"This is 12 years of collecting water skis from lake Texoma," Fagerstrom said about the unbelievable amount of water skis that line the ceiling of the patio. "And I don't know how to water ski."

You could call it an abstract assortment.

"I found this '47 Mack truck in Nebraska," said Fagerstrom. "It was a grain truck and I thought it would make a perfect stage."

When asked how he came up with the idea, Fagerstrom said, "I don't know I just see things and go, 'Hmm, that could be reused.'"

In Other News: UT med student starts fresh food delivery service to help those in need

In Other News: Why Ringo, Texas Stars’ mascot, doesn’t just focus on the kids

In Other News: Wimberley man quits job with 6-figure salary for leather

"That's a fuel tank off of an old 18-wheeler ... I'm gonna turn that [old school bus] into like a kid bunkhouse," Fagerstrom said. "Lids to pots and pans and I just find them at thrift stores for $0.59 or whatever."

It's a place for anyone to rent for whatever event they need to host.

It's even weird inside the town's old post office.

"So, this is the inside, in here is a collection for 47 years of collecting toys I go to garage sales, thrift stores," Fagerstrom said.

"What are you looking for at these garage sales," I asked him.

PHOTOS: Take a peek inside That Joint in Spicewood

1 / 13
Hank Cavagnaro
That Joint in Spicewood, located at 7931 CR 404 in Spicewood, isn't your typical event venue. It's "beyond weird." Inside the old post office, you can find just about anything -- and a story.

"That's the sporting wall, and there's a fan club up there," said Fagerstrom, pointing to his fans.

While most of his collection is full of fun memories, some carry a more sentimental meaning.

"I had a motorcycle accident and I had a head-on crash with another motorcycle," he explained. "He lost a little finger and broke an ankle, I lost an arm and a leg. But I'm still breathing today, it's OK, all good. I still have that helmet, it's a good helmet."

It's something he collects that no one else will ever have. At the end of the day, it's a place he says is beyond weird.

"Nothin matches," said Fagerstrom "I don't think it's supposed to."

WATCH: Where did the saying 'Keep Austin Weird' come from?