A major fundraising effort has helped provide Richard Overton with in-home care. But as those funds run low, the country's oldest-living veteran is in need of support. 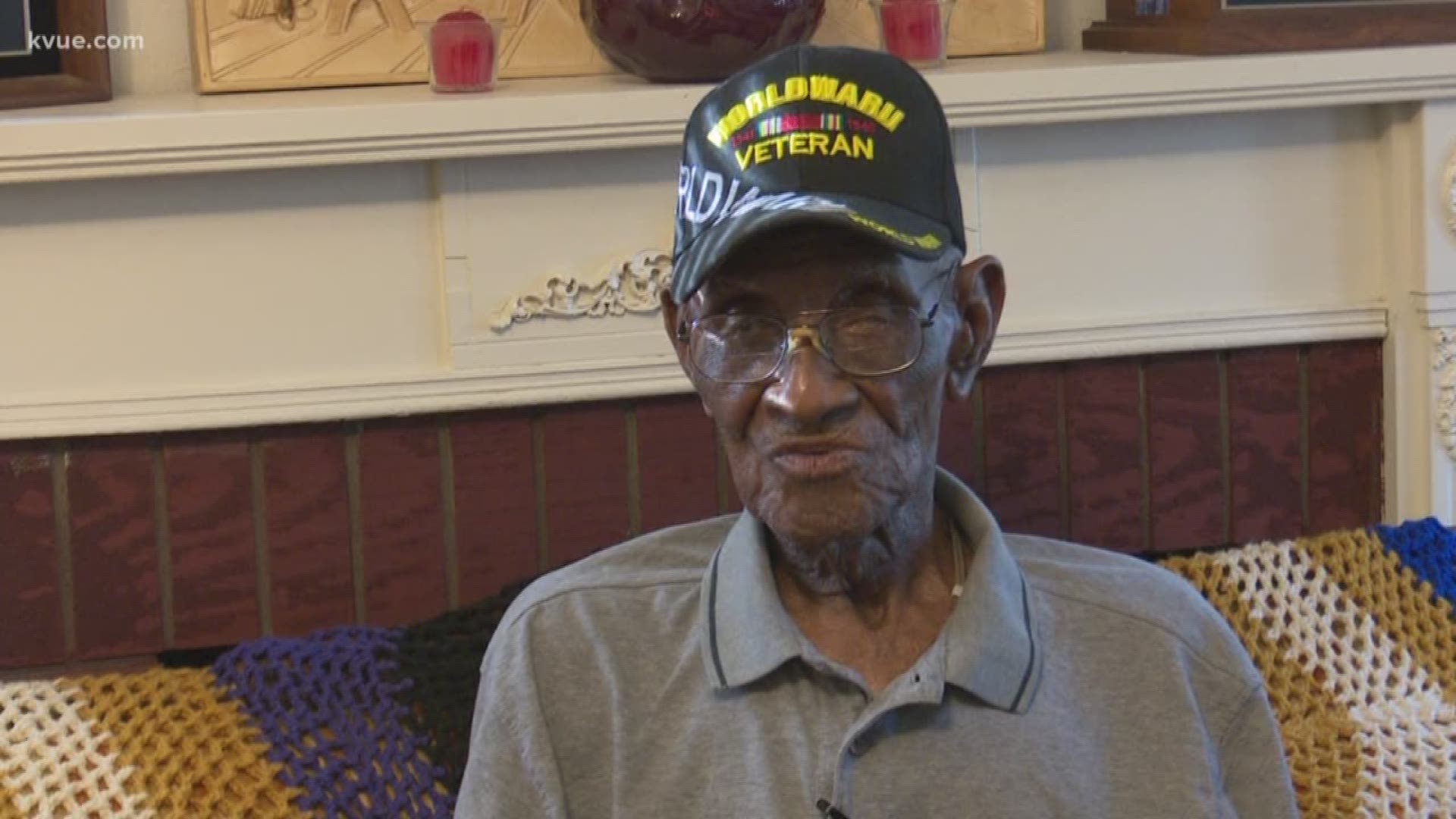 The cigar. It’s practically engrained in the image of Richard Overton.

“I've smoked about five cigars this morning,” explained Overton, the country’s oldest living war veteran, while sitting on the couch in his living room.

It’s one of the few habits that predates his military fame.

“(I started smoking) when I was 8 years old,” said Overton.

Wearing his trademark “World War II Veteran” cap, Overton, who served as a marksman in a segregated unit while stationed in Pearl Harbor and Okinawa, spoke proudly about his time in the service.

Throughout his home, pictures and tributes of Overton with leaders -- from Gov. Greg Abbott to President Barack Obama and Vice President Joe Biden.

Home Depot, Meals on Wheels and Austin Energy teamed up renovate his home, fixing the wiring and plumbing, bringing it up to code, and adding heating and air conditioning.

“I loved that, sure do,” said Overton.

“They have come to his home and totally made this home a different place, as different in a special way for him,” added Volma Overton Jr., Overton’s cousin.

While the renovations made Overton's home more accessible, there was the separate matter of medical care. That's where the community has stepped up.

“He has care around him all day long. Day and night, and that's made a great difference in his life,” explained Volma.

Through a GoFundMe, the Overton family has raised more than $200,000 to cover costs for in-home care over the past year.

“He's never been by himself since January 1 of this year,” Volma said.

But all that's left is about a month's worth of funds. And anybody who knows Richard Overton knows you can expect him to hang around a lot longer than that.

“That's God. I ain't got nothing to do with it. If it wasn't for him, I wouldn't be here at all,” Overton said, when asked about his longevity.

While he uses a walker to help get around, Overton is able to move without much assistance.

“I try to get around as much as I can, because a lot of people that are a whole lot younger, they won’t get up and get around like I do,” explained Overton.

On Thursday, he’ll be surrounded by extended family as they celebrate Thanksgiving. When asked what he’s thankful for, Overton got straight to the point.

So consider it a call to the community, for the man whose birthday parties are citywide celebrations.

On the day we give thanks, we give to those we are thanking. To donate, click here.