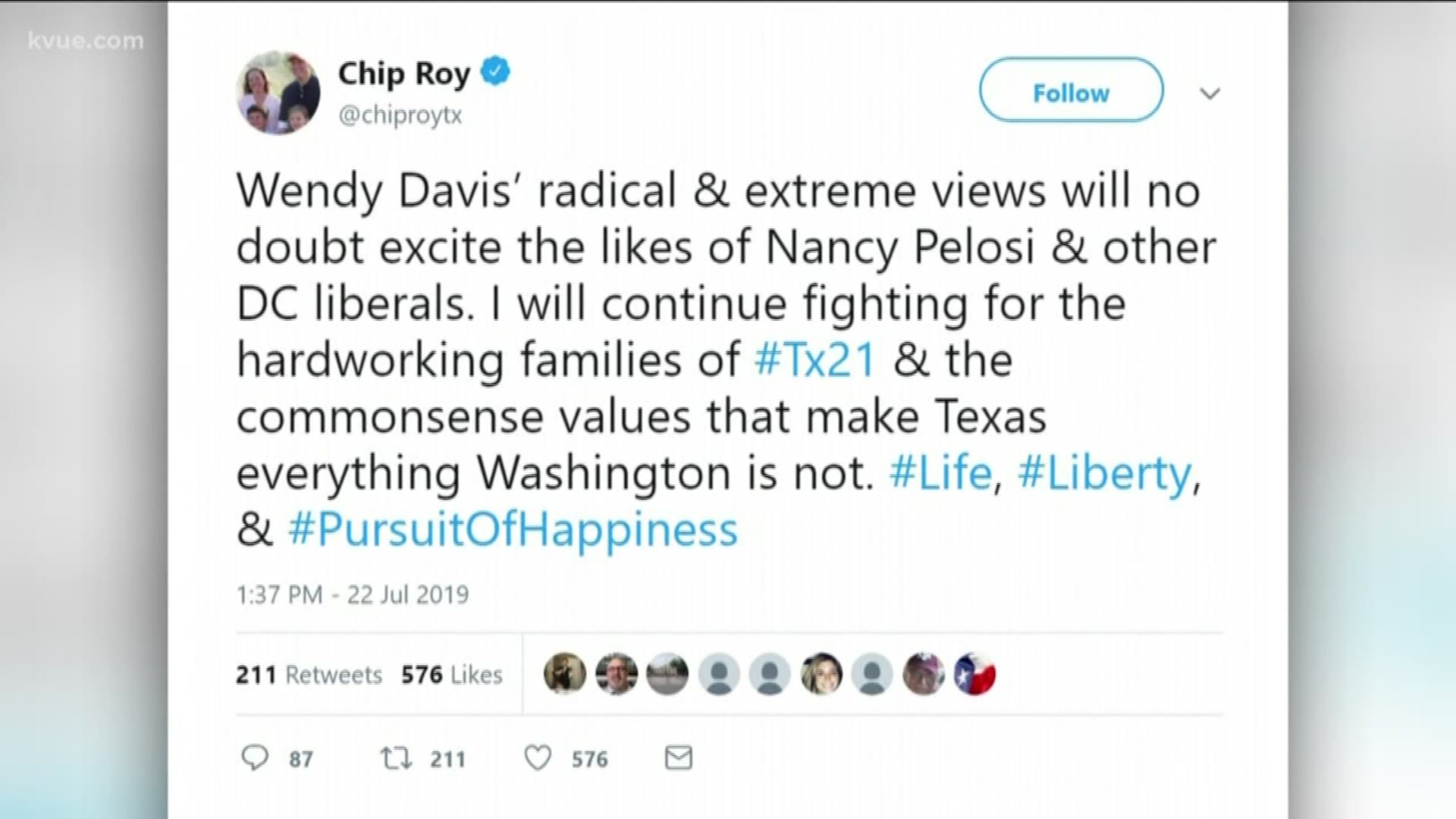 AUSTIN, Texas — Four years after losing her race for Texas Governor, Wendy Davis is making another run at public office.

This time, she has her sights set on Congress, looking to unseat newly-elected Republican Rep. Chip Roy in 2020 for Texas Congressional District 21, which stretches from Austin to San Antonio and covers Blanco and Gillespie counties.

Republican Lamar Smith represented the district since 1987 until he retired, and Rep. Roy won the congressional race last year against Democrat Joseph Kopser.

In 2014, Davis lost to now-governor Greg Abbott in the gubernatorial race by 20 points. She is also a former Texas state senator who received national attention for her 13-hour filibuster on the Texas Senate floor against an anti-abortion bill.

For the 2020 congressional race, Texas Tribune executive editor Ross Ramsey said it is going to be an interesting race to watch.

“Someone who gets elected to office the first time is most vulnerable in their first reelection run,” said Ramsey. “That’s when you find out whether someone in Chip Roy’s position is just a one-timer or is just a fluke, or whether it’s somebody who is going to settle in and enjoy the benefits of incumbency.”

Whether Davis has a formidable chance of winning, Ramsey said, “(Davis) has name ID that’s arguably as good as [Roy’s], in a district that has been getting steadily less Republican."

Ramsey said both Davis and Roy are at the center of their party.

Ramsey adds what could work for Davis is her Democratic party base.

“People who watched her filibuster in the senate all those years ago,” said Ramsey. “And who really backed her run for governor, not just as a Democrat but sort of as an icon for a particular part of the Democratic party coalition.”

Chip Roy, Ramsey tells KVUE, “comes in more from the Ted Cruz wing of the Republican party and is building a base there. So she comes in with sort of a proven base. And he comes in as a proven winner in his district.”