Vanessa's family accuses the Army of a cover-up in her disappearance and they want a Congressional investigation and legislation to change Army policies. 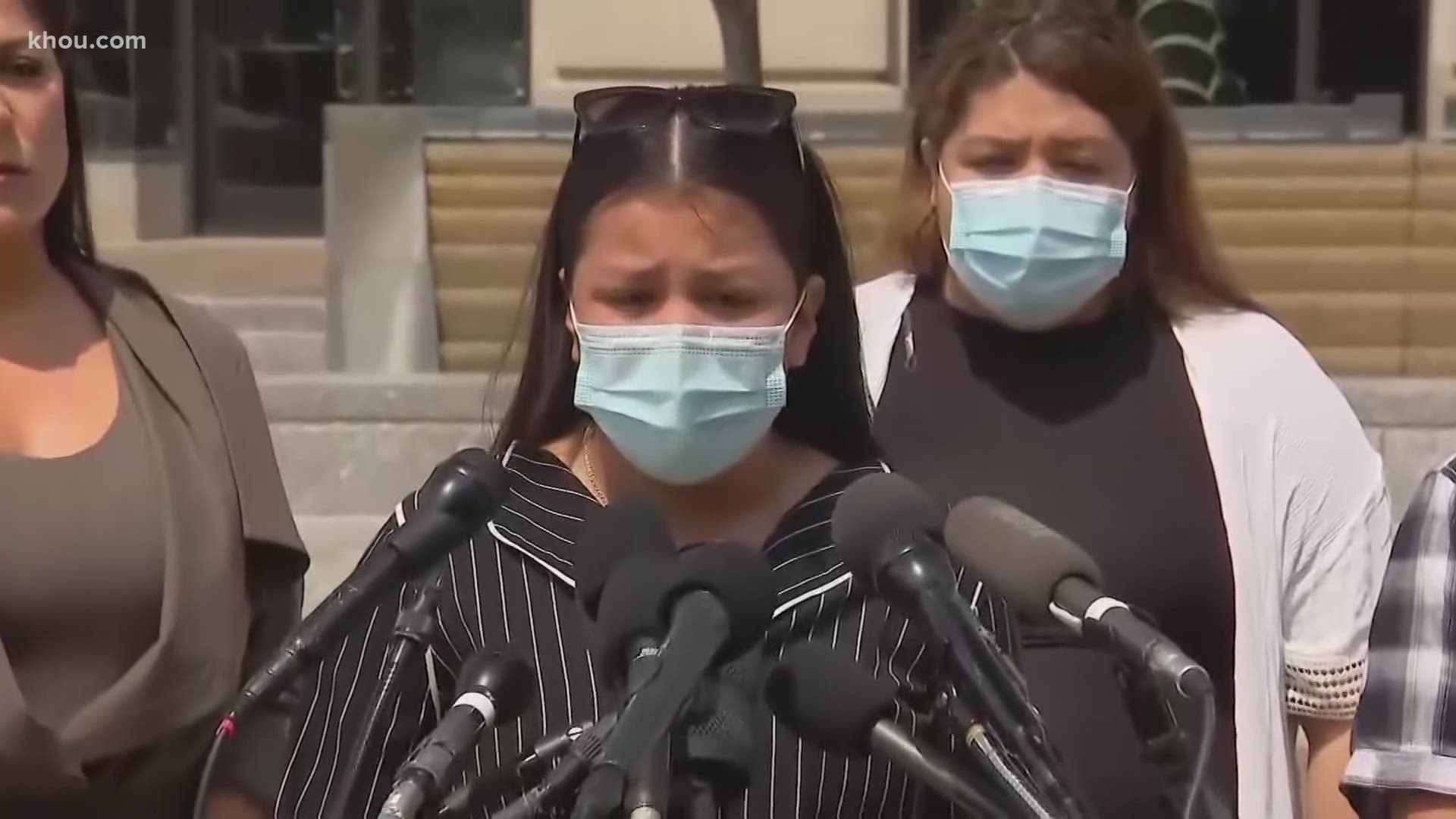 HOUSTON — The anguished sisters of Pfc. Vanessa Guillen said she dreamed of being a soldier since she was 10 years old.

That dream quickly turned into a nightmare. The 20-year-old Houston native told her family she was sexually harassed by her superior and didn't feel safe but was afraid to report it.

"She was taking a shower and he walked in on her and sat down,"  family attorney Natalie Khawam said. "She was creeped out -- as one would be."

On April 22, Vanessa vanished. Now, the family says remains found Tuesday are believed to be hers. The search has been called off.

Police confirmed that a person of interest in Guillen's disappearance killed himself early Wednesday as officers moved in.  A woman was also arrested in connection with the case but police didn't say why.

The dead man is the same one who sexually harassed Guillen before she disappeared, according to Khawam. She said they gave investigators his name when they met with them.

RELATED: ‘They're not here to help us find Vanessa’: Family of missing Fort Hood soldier says Army is 'covering up'

Vanessa's sister Mayra said she had met the soldier who killed himself before, and she could tell something was not right about him. She said the man laughed in her face when she visited the base for an update on the case.

The family believes there are others involved and they are demanding a Congressional investigation into how the case was handled from the beginning.

RELATED: Where is Vanessa Guillen? Fort Hood soldier has been missing for two months

Khawam blamed the culture of the Army for Vanessa's fear to report sexual harassment. She said soldiers are only allowed to report harassment internally and are blackballed and accused of insubordination when they do.

"She just wanted to have a career in the military and she didn't want that to ruin her career," Khawam said.

The family wants legislation to change the way investigations are handled. They drove all the way to Washington to demand changes and were there when they got the news about the remains.

Congresswoman Tulsi Gabbard, who served in the Army for 17 years, said the Department of Defense has talked about reform for years but hasn't gone far enough.

The Guillen family was so proud Vanessa when she joined the military, but say the Army let her down.

"She signed a contract with the Army to protect and serve her country. Yet, look how they treated her -- like she was nothing," Lupe said. "I want Fort Hood Army  base to be shut down and to investigate every single one of them because they're staying quiet. They're protecting one another."