Bush said the state's top law enforcement official "needs to be above reproach." 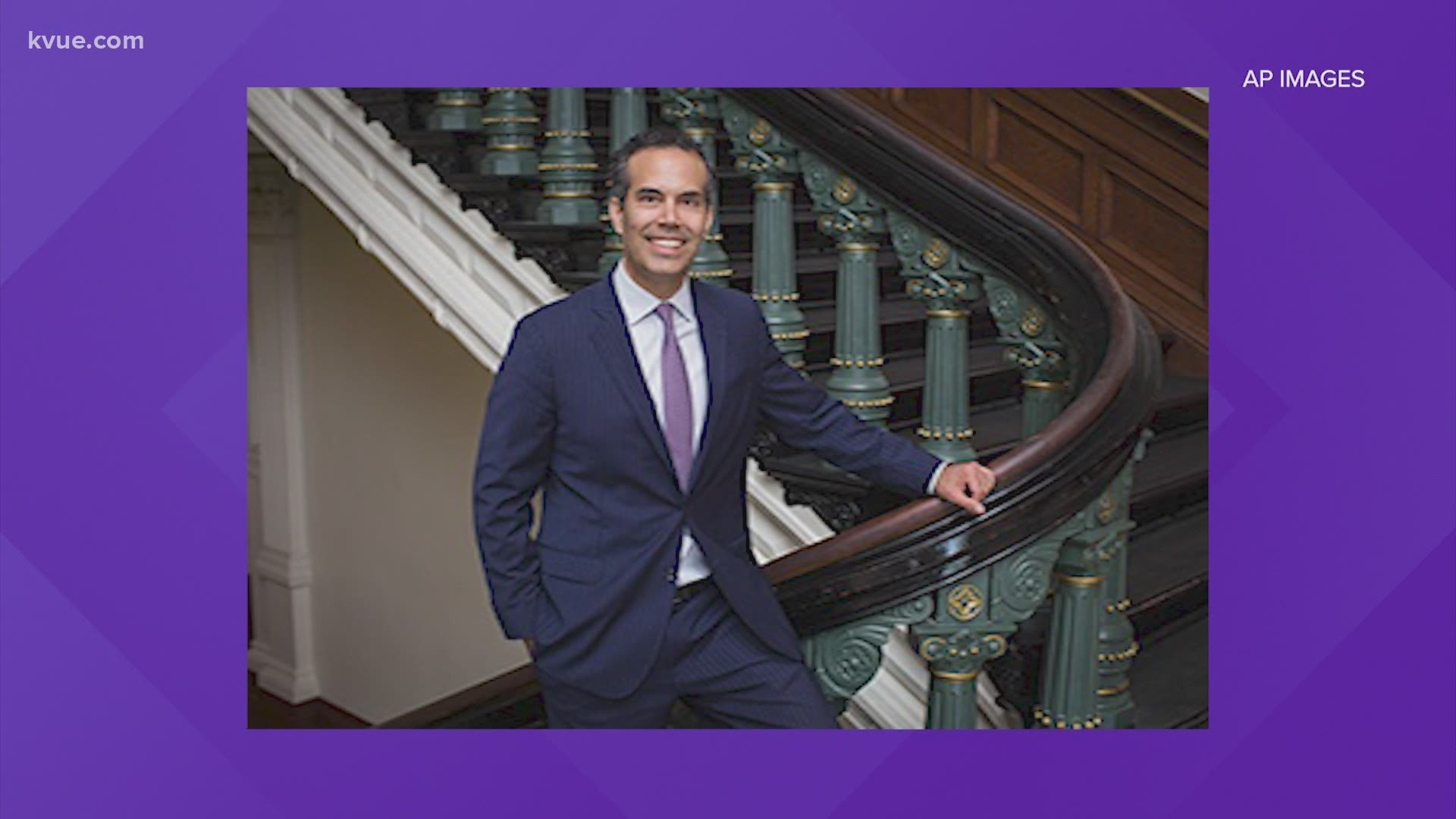 THE TEXAS TRIBUNE – Texas Land Commissioner George P. Bush said Thursday he is "seriously considering" running for attorney general in 2022 — and detailed how he would challenge the incumbent, embattled fellow Republican Ken Paxton.

"There have been some serious allegations levied against the current attorney general," Bush said in an interview with Dallas radio host Mark Davis. "Personally I think that the top law enforcement official in Texas needs to be above reproach."

Bush, the grandson of former President George H.W. Bush and nephew for President George W. Bush, went on to say a Paxton challenge would not be centered on "conservative credentials" but how the incumbent has run his office. "I think character matters and integrity matters," Bush said.

The land commissioner, currently in his second term, has for months kept open the possibility of running for another statewide office in 2022 — including attorney general — but his remarks Thursday offered the starkest indication yet that he is focused on Paxton. Bush did not give a timeline for a decision on the race beyond saying he is currently focused on the legislative session and will visit with voters afterward. The session ends May 31.

Bush has given other interviews in recent days in which he has also made clear his interest in challenging Paxton, telling Fox News earlier this week that he is "taking a very serious look" at the contest.

Paxton has repeatedly said he plans to seek a third term next year despite a series of new and old scandals. Last year, seven of Paxton's top aides accused him of accepting bribes and abusing his office to assist a wealthy donor. Those aides were subsequently fired or resigned, and it has since come out that the FBI was investigating the claims against him. And for almost his entire time as attorney general, he has been under indictment on state securities fraud charges.

Paxton has denied wrongdoing in both the FBI investigation and the securities fraud case.

"Attorney General Paxton is focused on keeping the Texas border secure, holding the Biden Administration accountable, and taking on Big Tech," Paxton campaign spokesperson Ian Prior said in a statement responding to Bush's interview. "It is unfortunate, but not surprising, to see a potential opponent more interested with the narrative being set by the liberal media than on the real and important issues facing Texas families and small businesses."

Bush did not let up on Paxton in the Davis interview, saying the attorney general "has been in public service now for 20 years, and I'm not sure another four years is gonna bring Texas anything better."

"From my perch in Austin, I've seen some high-quality attorneys leave that office," Bush said. "I've visited with many conservative attorneys general throughout the country. They're embarrassed by the conduct, and I think Texans deserve better."

Bush said Texans "need a top cop that the law enforcement of our great state" can trust and added that sheriffs across the state have told him the same thing. Asked by Davis to identify sheriffs who have told him that, Bush declined to do so, saying he promised the sheriffs "confidentiality."

Former President Donald Trump would undoubtedly be a point of discussion in any Bush-Paxton showdown. Paxton has closely aligned himself with Trump as attorney general, most notably asking the Supreme Court late last year to overturn Trump's reelection loss in four battleground states. Paxton then spoke in January at the pro-Trump rally that preceded the deadly U.S. Capitol riot. And Paxton has stayed in touch with Trump since he left office, visiting him at his Mar-a-Lago Club in Florida in late February.

Bush is the most prominent member of his famous political family to have backed Trump, getting behind him in the summer of 2016 after he officially became the GOP nominee.

Speaking with Davis, Bush argued there is "no separation" between himself and Paxton when it comes to being conservatives and supporting Trump.

On the Democratic side, Paxton has already drawn a challenge from Joe Jaworski, a Galveston attorney and former mayor of the city. Lee Merritt, the nationally known civil rights lawyer from Collin County, has also said he is running for the job, though he has not shared whether he is campaigning as a Democrat, Republican or something else.