Alamo Cenotaph will not be moved after Texas Historical Commission vote

Republican lawmakers and primary voters staunchly opposed the move, and the City of San Antonio released a statement expressing disappointment. 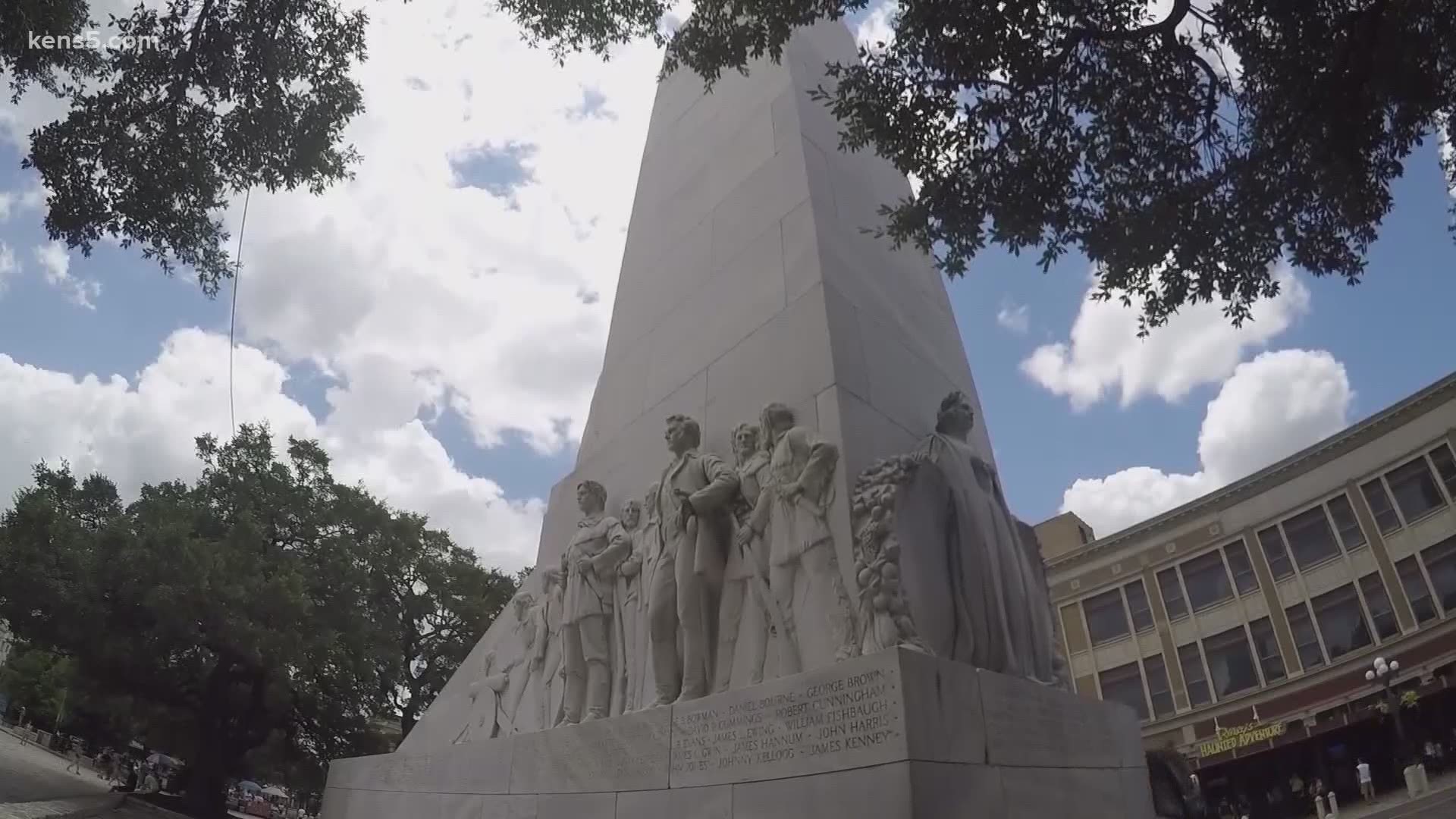 SAN ANTONIO — The Alamo Cenotaph will remain in place after a day of contentious debate between city leaders.

The Antiquities Advisory Board voted 6-3 to grant a permit to move and repair the Cenotaph. That permit was then sent to the Texas Historical Commission, who voted 12-2 against the permit.

“This is the Alamo we’re talking about. We’ve got to get this right!” said Texas Lt. Governor Dan Patrick.

Patrick, along with Republican state legislators from around Texas, lent their voices to the effort to stop the movement of the Alamo Cenotaph, even by the proposed few hundred feet to the front of the Menger Hotel, taking the place of the gazebo there now.

“I hope at the end of the day you will vote not to approve a permit to move the cenotaph.” Patrick said.

This comes after 97% of Republican primary voters approved a ballot proposition to keep the Cenotaph where it is.

“I’m asking you to vote no on the permit to move it,” said State Representative Mayes Middleton R-23.

“The Cenotaph must not be moved one inch,” said State Senator Bob Hall R-2.

Over 2 million people voted in the Republican primary, which amounts to about 6% of the total Texas population of nearly 30 million. Democratic primary voters had no such proposition on the ballot.

“The relocation of the Cenotaph will enable people to experience a period neutral site without the influence of a modern structure which currently towers over the Alamo grounds.”

Of the people who signed up for public comment, opinions were more.

“The Alamo plan will construct a world-class visitors center and the museum will better tell the Alamo story to visitors. So please approve the plan,” said one of the commenters.

“Save the Cenotaph! Not one inch! Deny the permit,” said another.

“I once again urge the Texas Historical Commission to vote yes on the Permit for the Alamo plan to move forward,” said a third.

A significant portion of the people who signed up to comment were not available when their turn came up.

The committee considered three options for the permit to move the cenotaph: denying it outright, disassemble and repair where it stands, and repair and move the Cenotaph to its new location.

After the vote Patrick thanked the Texas Historical Commission.

"With this 12 to 2 vote, they have honored the wishes of millions of Texans to keep the Cenotaph inside the Alamo battle walls where blood was shed for liberty and freedom," he said. "This vote will ensure that the Alamo renovation plan will remain true to our history and honor the defenders who died there in 1836.

The City of San Antonio, on the other hand, expressed disappointment in a statement.

“City of San Antonio worked in good faith to develop a plan with our project partners, including the Texas General Land Office, Alamo Trust and the public to do something truly transformational with this iconic site. Unfortunately, after tonight’s disappointing vote to deny the restoration and relocation of the Cenotaph, the Alamo Master Plan remains a plan without a project. For the moment the answer to the question of many Alamo visitors — ‘Is that all there is?’ — remains a resounding yes."