Jack Wilson, leader of the church's security team, shot and killed the man who opened fire during communion. 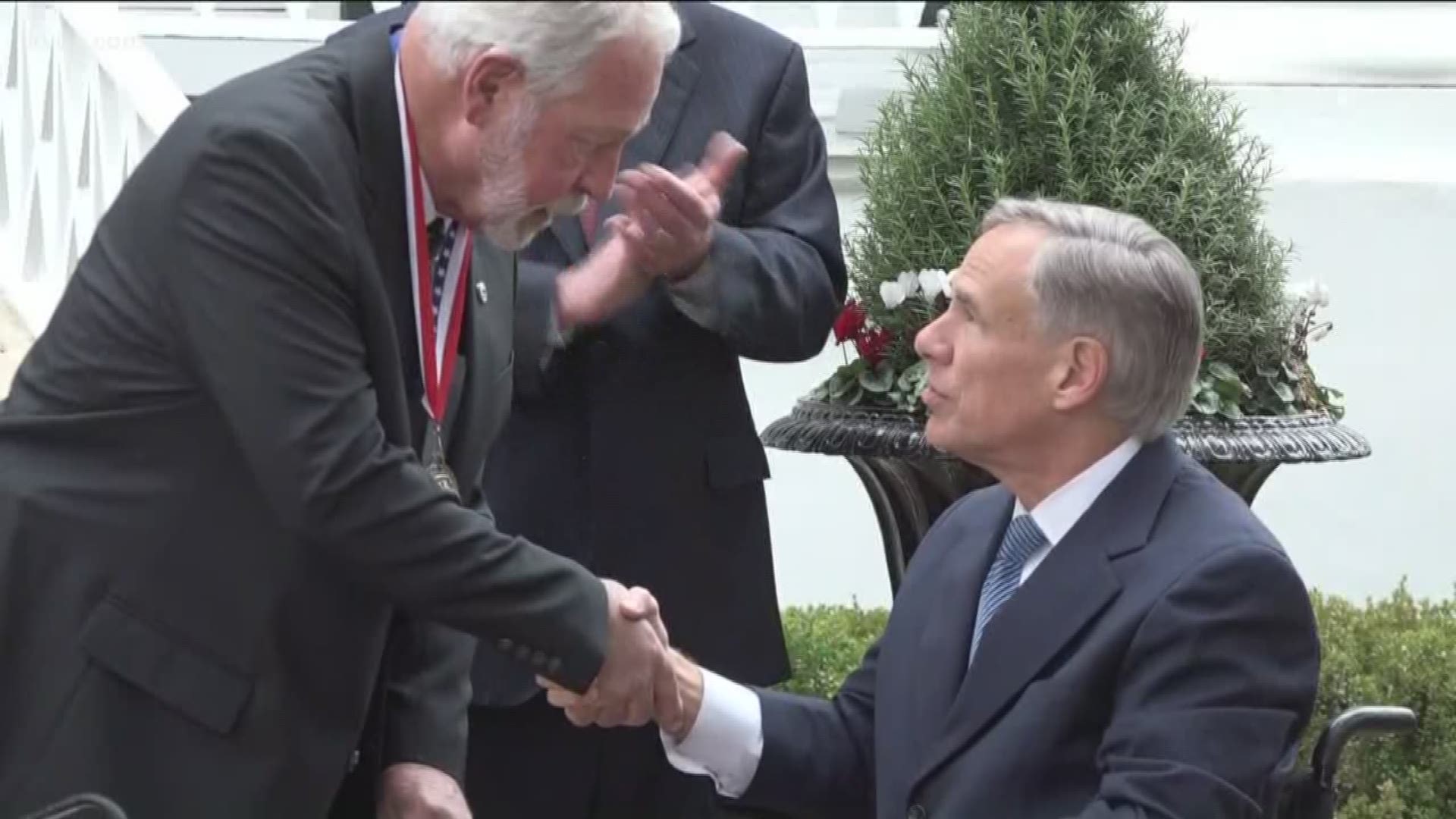 AUSTIN, Texas — The man who "took out" an active shooter at a North Texas church received the Medal of Courage from Gov. Greg Abbott Monday.

Jack Wilson is the head of the volunteer security team at West Freeway Church of Christ in White Settlement, Texas.

As church members were receiving communion on Dec. 29, a man pulled a shotgun from his coat and then shot and killed two men. The terrifying moments were broadcast over the church's live stream. In a matter of seconds after the first shot was fired, Wilson shot and killed the shooter.

“Only God knows who is alive today because of Jack Wilson," Abbott said before awarding the medal to Wilson. "What we do know is that so many lives were saved because of Jack Wilson’s quick action, his calmness under pressure and above all else, his courage and his willingness to risk his own life to save the lives of others.”

The governor's Medal of Courage is the highest honor the Texas governor can give a civilian.

"Jack, I know you have been reluctant to accept the label of being called a hero, but that is exactly who you are. You are a hero to everybody in the church that day, you are a hero to the people of Texas. You put your life on the line to ensure that others would live. That is the hallmark of heroism and of courage. It is my honor to present to you the Governors Medal of Courage,” Abbott told Wilson at the ceremony.

Wilson said he considers himself a protector, not a hero.

“When people step up, when they’re called to step up, when events arise, they’re going to do one of two things: They're either going to step up and do what’s right or walk away. And I’m not one to walk away, not from this or anything else,” Wilson explained.

The medal is given to those who "display great acts of heroism by risking their own safety to save another's life," Abbott said.

Trump praises brave parishioners who stopped Texas church shooter: 'It was over in 6 seconds'

The shooter was later identified by officials as Keith Thomas Kinnunen, 43.

Wilson said he and other members of the security team were watching Kinnunen when he walked into the sanctuary because he was wearing a fake beard and fake wig.

"I don't consider myself a hero at all," Wilson said. "I did what I was trained to do."

President Donald Trump even praised the parishioners who stopped the shooter.

"Our prayers are with the families of the victims and the congregation of yesterday's church attack," Trump said on Twitter. "It was over in six seconds thanks to the brave parishioners who acted to protect 242 fellow worshippers."

The two congregants killed in the shooting were 67-year-old Richard White and 64-year-old Tony Wallace.