Texans get ready for beer to go and booze delivery 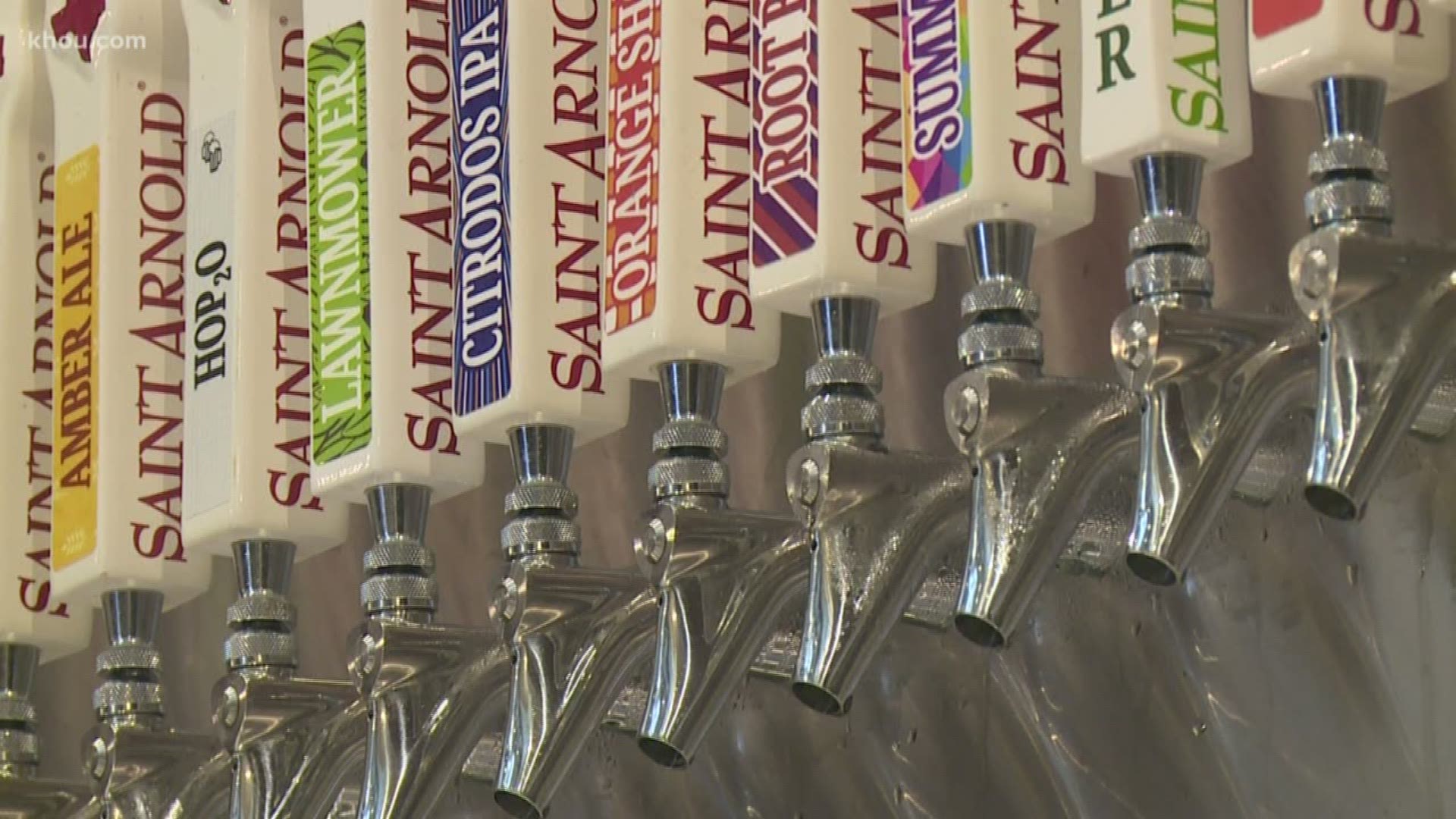 AUSTIN, Texas — EDITOR'S NOTE: The video above is from when House Bull 1545 was passed in May.

(THE TEXAS TRIBUNE) Starting Sept. 1, Texans will be able to leave brewery taprooms with a case of their favorite craft beer, and order wine and beer for delivery, thanks to two laws passed by the Legislature this year.

Brewers and beer lovers around the state fought for beer to go, saying it will boost business and drive tourism to Texas.

“It's going to be a really cool opportunity to showcase our ability in a different light,” said Rachael Hackathorn, taproom manager at the Austin-based Zilker Brewing Co. “For an out-of-town guest to take our beer back home with them and share it with their friends, that's really what beer culture is about."

Texas beer sales run on a system of three tiers: manufacturers who make the product, distributors who take it to market and retailers who sell it to customers. In the past, some beer distributors were opposed to beer to go, saying it would interrupt the state's beer market and that Texas should continue its strict separation of the three tiers. The rationale behind the system is that it prevents anyone in one tier from controlling any of the activities of the other two tiers.

But this year, the distributors and brewers came to an agreement to allow brewers more access to the retail tier.

RELATED: You will soon be able to buy beer to-go from Texas craft breweries

"Quite frankly, we were just tired of all the negative publicity and people not understanding the nuances of the three-tiered system," said Rick Donley, president of the Beer Alliance of Texas, an organization that represents distributors. "That's the reason we agreed to a very limited amount of beer to be sold per customer per craft brewer."

Sen. Dawn Buckingham, who authored the legislation, said although it was first met with some “significant opposition" from the distribution and retail tiers, she was happy to see the parties eventually come to an agreement.

“Beer to go was kind of the perfect example of the little guys being overrun by the process,” said Buckingham, a Lakeway Republican. “It seemed a little crazy that Texas would be the only state where you can't go to a brewery and bring home a little bit of beer.”

Josh Hare, chairman of the Texas Craft Brewers Guild, praised craft beer enthusiasts for their role in changing the law.

“Our guild has gotten really active from a grassroots level, both through the political action committee, as well as just really beefing up our efforts to educate beer drinkers to what's going on in the industry,” Hare said. “I think we've set a really cool example of how a grassroots effort of business owners and consumers together can effect change legislatively.”

Beer to go is part of a larger bill, House Bill 1545, which the Legislature passed in order to keep the Texas Alcohol and Beer Commission functioning for another dozen years. For some longtime fans of craft beer, the change couldn't come soon enough.

“There are beers I've found where I'm like, 'Damn, I wish I could bring this home,' but you can't,” said Jamison Gilveli, an Austin resident who spoke to The Texas Tribune on a recent afternoon while enjoying a pint of Honey Blonde beer at Zilker's taproom. “There's no question, if you find a beer that you really like and it happens to be a microbrewery, then you're definitely excited about it because you get to bring it home.”

Texas is one of many states experiencing the effects of a craft beer boom. In the past eight years, the number of craft breweries in the state has grown from 59 to 283, according to the National Brewers Association.

Brewers say the new beer-to-go law will be another reason for tourists to visit Texas.

“Most people who don't live in Texas don't get Texas beer,” said Charles Vallhonrat, executive director of the Texas Craft Brewers Guild. “Now they can take it home with them to tell their friends and neighbors, so when they come to Texas, they're looking for that beer as well.”

Under current Texas law, patrons can take home a bottle of wine from a winery or spirits from a distillery, but not beer from a brewery. It’s been particularly frustrating for organizations like Treaty Oak Distilling, which manufactures all three. Jason Stein, Treaty Oak’s head brewer, said the company is excited about the change.

"On a Saturday afternoon, I can send people home with two bottles of bourbon and a case of wine, but not a single can of beer," Stein said. “If people can bring some home, share it with friends, take it to other cities, other states, let people know what we're doing here, that'll just entice people to come back out and see everything that we have to offer out here."

JP Urabazzo is vice president of the Beer Alliance of Texas. Although the beer-to-go law works outside the long-defended three-tier market, Urabazzo said, he still believes the legislation will be a success.

“It's something that the Legislature had plotted and allowed for those craft brewers who are kind of needing a runway to get to market,” Urabazzo said.

The governor signed the law in a video on Twitter, telling Texans to “enjoy responsibly.”

Under the new law, those with beer and wine retailer’s licenses, which includes many restaurants, cafes and coffee shops, will be able to apply for permits to deliver wine and beer themselves or contract through a digital delivery service like Instacart or Amazon.

Disclosure: The Beer Alliance of Texas has been a financial supporter of The Texas Tribune, a nonprofit, nonpartisan news organization that is funded in part by donations from members, foundations and corporate sponsors. Financial supporters play no role in the Tribune's journalism. Find a complete list of them here.