Lt. Gov. Dan Patrick: 'I personally am going to put this on my back and take responsibility for fixing it.' 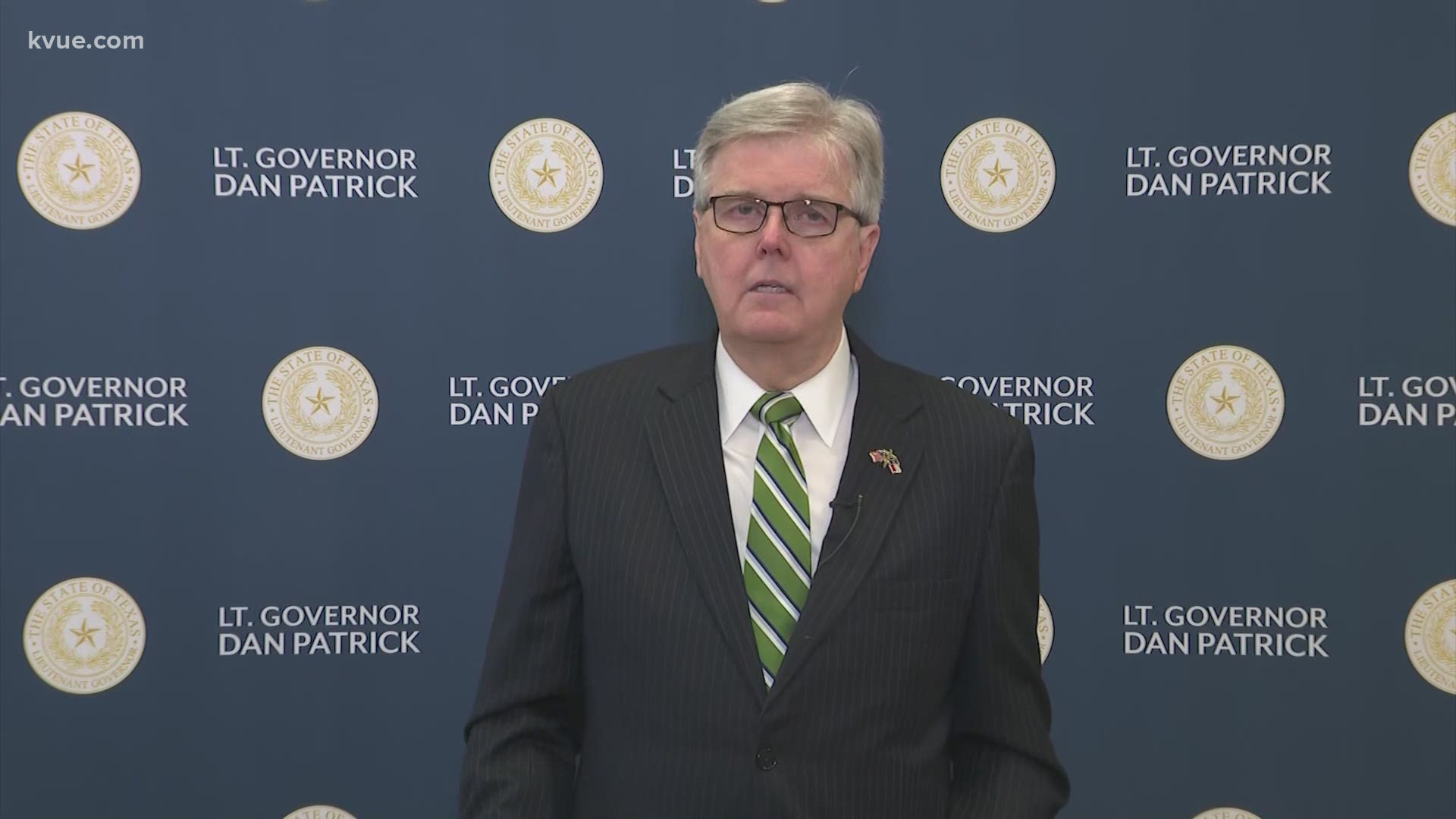 TEXAS, USA — Texas Lt. Gov. Dan Patrick (R) vowed to get to the bottom of the energy failure that caused Texans to lose power for days while speaking in Houston on Monday morning.

"I personally am going to put this on my back and take responsibility for fixing it," Patrick said.

Patrick said lawmakers have launched an ongoing investigation into the crisis and will not stop until they are able to pass legislation, ensuring a failure of this magnitude doesn't happen again.

Patrick also explained what he has learned about the system failure.

"We got information from ERCOT last week that they were prepared for the storm. And their preparation forecast projected that they would need about 57,000 megawatts of power to be sure that nothing worse than some brownouts happened," Patrick said. "So then the storm hit. And when it first came in, the first evening, around 9 [p.m.] the demand on power on all the generators through ERCOT was 69,000 megawatts of power. They were able to meet that demand in the beginning of the freeze. But then something happened."

"The first thing," Patrick added, "the windmills were frozen and didn't work ... next, quickly the gas wellheads started to freeze up. The way that power is generated, whether it's nuclear or clean-burning coal in Texas or gas plants, is either through natural gas or water. And they go through the lines all across the state. Natural gas doesn't necessarily freeze, but the pipes freeze. And so whether it froze at the wellheads or in the pipes, that began to become the next issue. And then the plants started breaking down and we lost several hundred plants or close to several hundred plants, not providing the power that we needed."

The lieutenant governor, who single-handedly controls the agenda of the Texas Senate, said he wants lawmakers to take the issue down to a blank sheet of paper and start from scratch. Patrick added he will not accept a half-baked bill or a Band-Aid fix.

The Senate will hold its first hearings on Thursday and Friday, and Patrick said he wants company leaders to be present.

"When I see people who die of hypothermia or carbon monoxide poisoning, when I see the disruption to the business community, the people who can't get a hot meal, can't get water – and we're pretty far along that way and working hard on that – but this cannot stand and we're not going to let it stand," he added.

RELATED: Many Texans have died because of the winter storm. Just how many won’t be known for weeks or months.

Because of the COVID-19 pandemic, the first hearings at the Texas Capitol will be different from traditional legislative hearings.

The Texas House of Representatives State Affairs and Energy Resources Committees will hold a joint hearing on Feb. 25 at 9 a.m. Lawmakers will only hear invited testimony and seating inside the hearing room will be limited. But the public can submit written comments to the committees here.

The Senate Business and Commerce Committee will hold hearings Feb. 25 and Feb. 26 at 9 a.m. The Senators will also only hear invited testimony. Seating inside the hearing room is limited and members of the public will have to take a COVID-19 test at the capitol and test negative to enter the hearing room.

You can watch the House hearing here.

You can watch the Senate hearing here.