"God was out there taking care of these people. No one got killed." 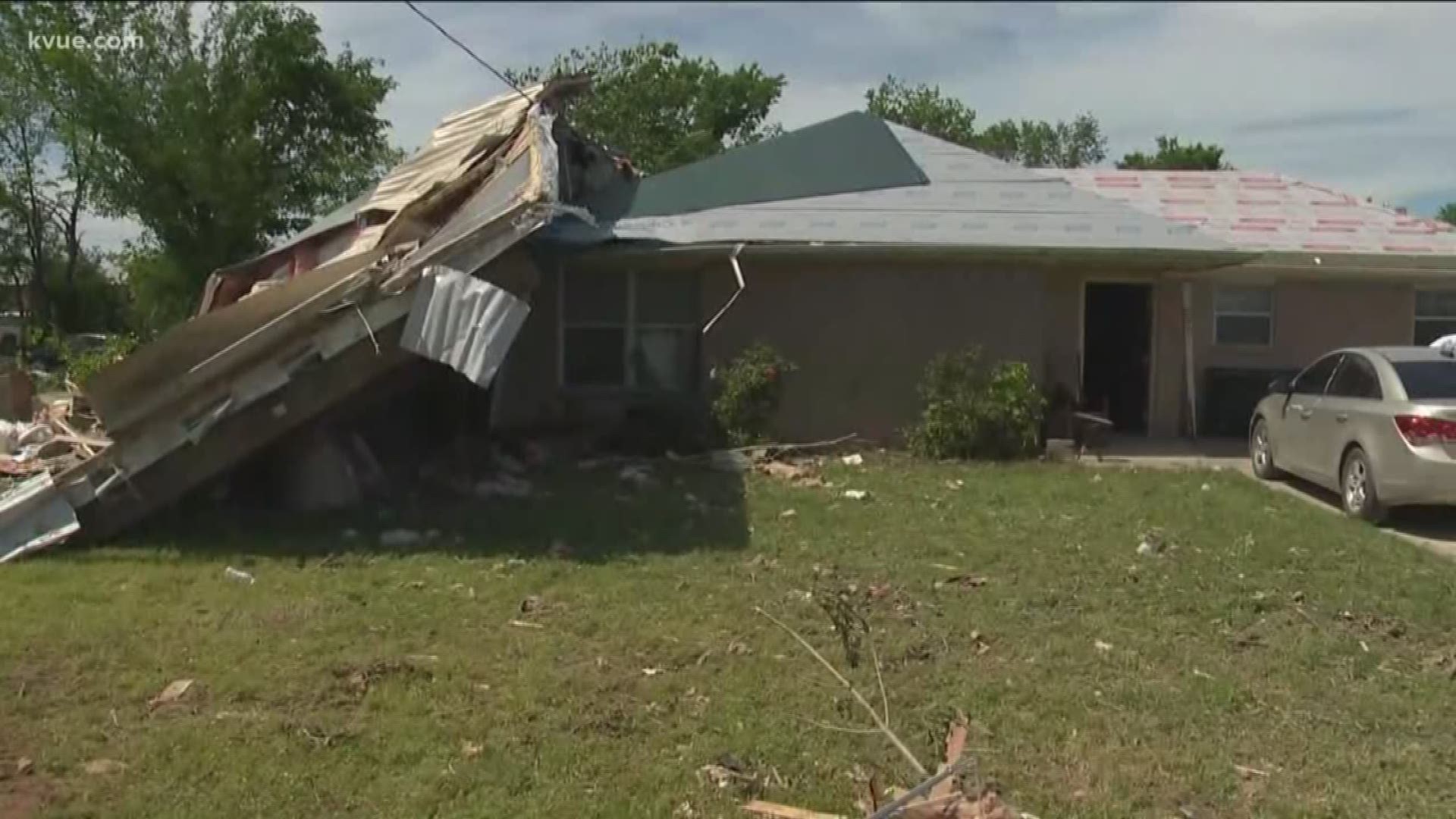 FRANKLIN, Texas — Patricia Schulz pointed at the ground where the mobile home used to sit.

"It's normally right here, facing the other direction," she said, looking at the home that flipped over in the storm. "It was picked up and thrown on that house over there."

RELATED: 'One minute you're normal, the next you're homeless': How a Franklin teen saved his father from tornado

Schulz's daughter and son-in-law live in the home. She recalled the phone call she got from her daughter on Saturday.

"She called us crying and told me that, 'Joel's on the phone. Now he's not talking to me, and he's trapped in the house,'" Schulz said.

Her daughter was working when the tornado hit. Schulz said she never wants to get a phone call like that again.

Schulz pointed at a portion of the roof that was sliced open.

"That little slot right there you see," she said. "That's where they pulled him out of."

Schulz said her son-in-law blacked out during parts of it.

"He said it was horrible. He felt like he was being tossed around," Schulz said as she moved her arm in a circle.

Photos: Damage continues to show in Franklin community after tornado

1 / 6
Molly Oak
The Franklin community is working to rebuild after an EF-3 tornado ripped through town on Saturday.

Schulz said the police chief pulled him from the house.

"I'm just thankful my kids are out," said Schulz. "That's the only thing that's important to me. This stuff can be replaced. It'll be difficult for them. They were struggling as it was, but it will be okay."

Schulz son-in-law, Joel Phillips, said it was a miracle he is still alive. He had to get stitches in and around his mouth. His body is also bruised.

"I don’t care what people say, I believe it," said Schulz. "God was out there taking care of these people. No one got killed."

The emergency management coordinator for the county said about a dozen people were hurt, but no one was killed. He said everyone is expected to be okay.