Central Texas blood bank We Are Blood hosted a blood drive on Monday. 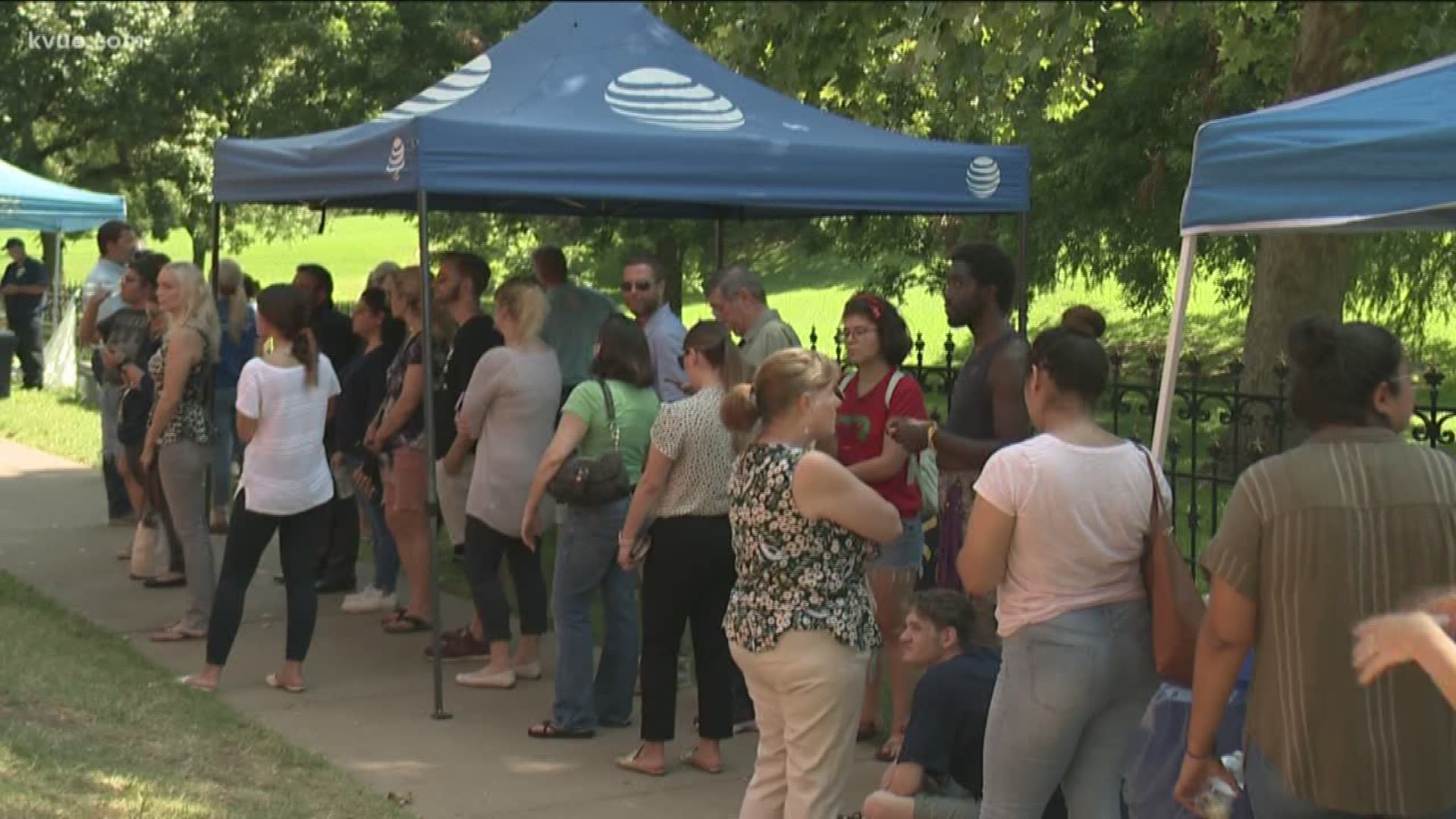 AUSTIN, Texas — Central Texas blood bank We Are Blood will be hosting a blood drive to honor the El Paso and Dayton communities after two separate mass shootings this weekend.

In a release on Monday afternoon, We Are Blood said all walk-ins for their mobile drive on Colorado Avenue are full, but you can still schedule appointments.

Appointments can be scheduled online at weareblood.org.

The organization says it is ready to send aid to El Paso or Dayton if needed. We Are Blood in the past provided blood in the wake of the Pulse nightclub shooting and Hurricane Harvey.

"Donating blood at We Are Blood and ensuring a strong blood supply in Central Texas means we can respond to tragedies like this locally and also send help to neighboring communities like El Paso and Dayton," a statement from the organization said. "We will be ready to answer the call."

Monday's blood drive will took place between 9 a.m. and 1 p.m. by the Capitol at Colorado Street between 12th and 13th streets.

On Sunday, the organization saw an uptick of people stopping by the donation center on North Lamar Boulevard to donate blood.

"It speaks to how close we all feel as Texans and how much heart we feel for fellow Texans in need," Nick Canedo, vice president of community engagement, said.

Tonya Hamilton was one of dozens at the donation center on Sunday afternoon. She hasn't donated blood in several years.

'When is enough enough?' 9 dead, 27 injured after Dayton shooting

"The people that get hurt just going about their day – they need to know that we're here, and the best way to do that is to give parts of ourselves to them," Hamilton said.

She called the two mass shootings in 24 hours "insane."

"If you hate what they did, if you hate that it keeps happening, if you don't like the fact that we can't make it stop, donate blood," she said.

For those who can't make it to the blood drive, the blood center urges Texans to schedule an appointment to donate in order to keep blood supply up for Texas that can be used in times of need.

Donations can be made at any of We Are Blood’s daily mobile blood drives or at one of its three donor centers in the Austin area. It generally takes less than an hour to donate.

El Pasoans quickly lined up outside blood donation centers, ready to help in any way possible.

For more information or to make an appointment to donate, visit the We Are Blood website. Go here for a list of locations and hours of operation.