Pro-choice activists want Congress to overrule the new Texas abortion law, which prohibits abortions after the detection of a fetal heartbeat. 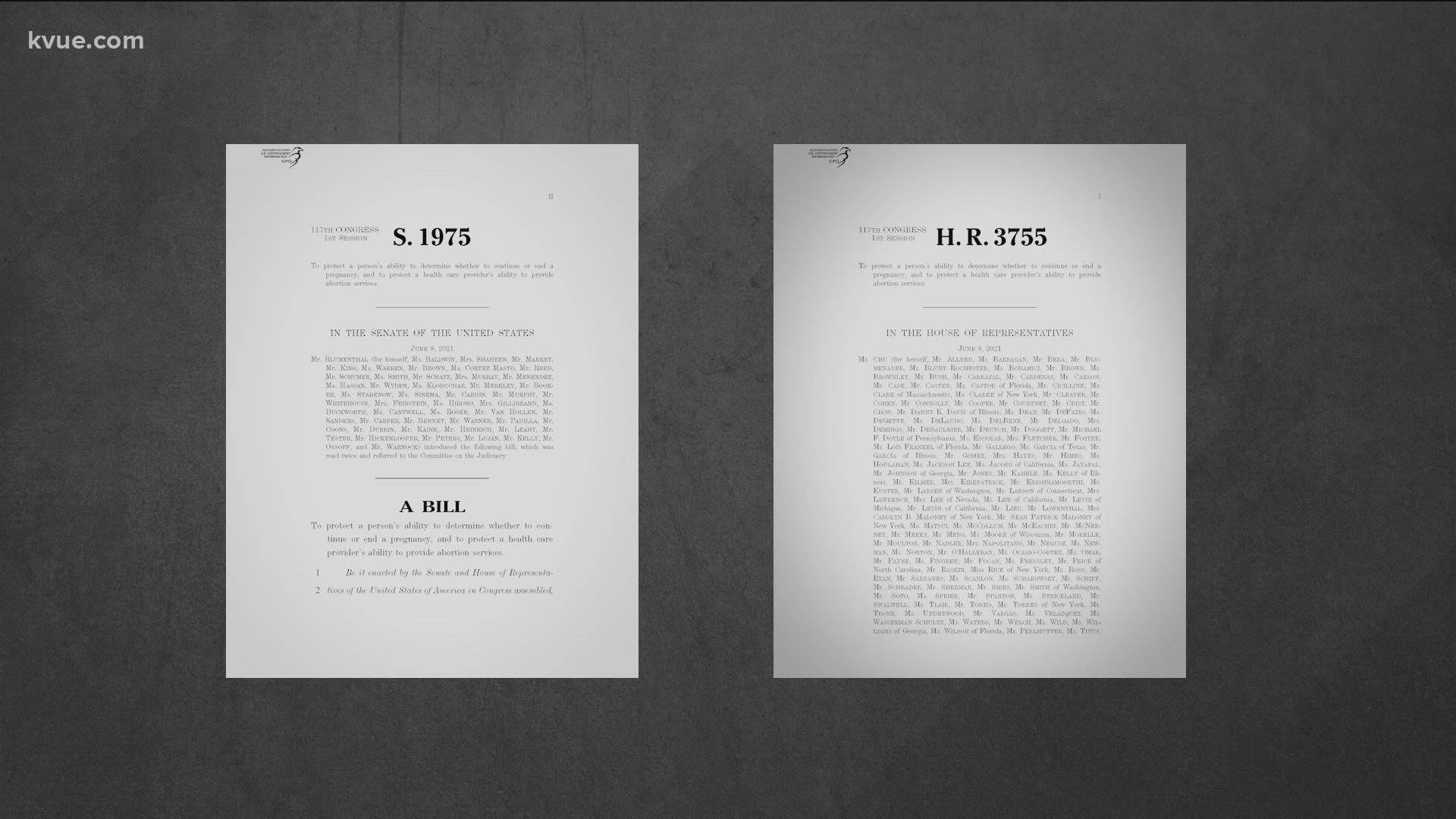 WHPA has been introduced each session since 2013. Over the years, the language has changed but the goal was the same: make abortions legal and accessible in every state.

Identical bills are in House and Senate committees right now. The sponsors are Rep. Judy Chu and Sen. Richard Blumenthal.

WHPA shows 27 reasons why the bill should pass.

Under “SEC. 2. FINDINGS AND PURPOSE,” the WHPA shows abortions are “essential health care.”

If passed and signed into law, WHPA would prohibit “unnecessary medical tests.”

States could not increase abortion costs to limit service, including costs for travel, childcare or time off work.

“As a health care provider, it is abhorrent to me that the laws restricting abortion are passed under the pretense of making abortion safe when they actually do the opposite,” Professor Michele Bratcher Goodwin, a chancellor’s professor at the University of California in Irvine, said in a Senate Judiciary Subcommittee hearing on June 16.

“This misguided bill would invalidate hundreds of constitutionally sound state laws that have been debated, passed and enacted in states from coast to coast in an effort to protect America's youngest citizens,” Catherine Glenn Foster, M.A., J.D., president and CEO of Americans United for Life, said in the hearing.

“There can be legal wrangling around when a federal law can supersede a state law. So, I don't want to say that it’s the end of that conversation. Certainly it would be a federal law being passed that would, on the face of it, supersede state laws like Senate Bill 8,” Abigail R.A. Aiken, MD, MPH, PhD, UT associate professor of public affairs, fellow of the Richter Chair in Global Health Policy, and Project SANA principal investigator, said.

Aiken said Texas already had several abortion-restricting laws, including mandatory counseling, bans on medication abortion by telemedicine, and requiring the provider to play the fetal heartbeat for the patient.

“The right to choose on paper has been out of reach for a lot of people in Texas for some time now because of medically unnecessary restrictions like waiting periods or required testing that patients don't need,” Aiken said.

WHPA rests not only on the 14th amendment, but also on the commerce clause section 8 of article I of the U.S. Constitution.