Gov. Abbott says Texas will pay for and distribute PPE to local schools

Abbott spoke at the Texas Division of Emergency Management warehouse in San Antonio, adding that National Guard funding will remain in place through year's end. 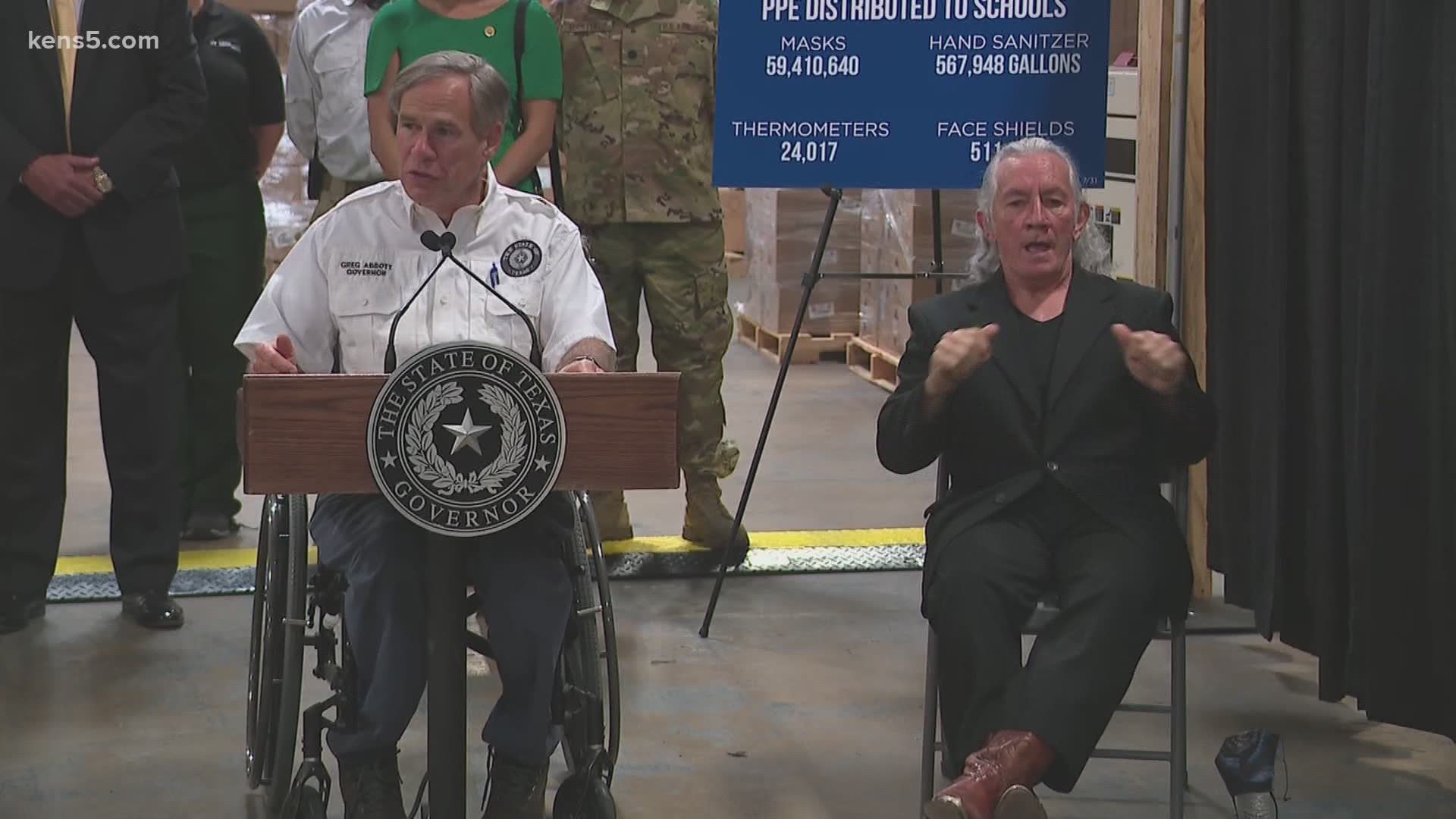 Abbott said that the opening of schools and the upcoming flu season will increase the need for PPE in the near future, but the state is prepared to provide it to schools with some help from the federal government.

Abbott is speaking at the TDEM warehouse in San Antonio after getting a briefing on PPE.

He announced that last night, President Trump reauthorized and extended federal funding for the National Guard to remain in service through the end of the calendar year at a 100% reimbursement rate.

Abbott said that TDEM has distributed 59 million masks, 24,000 thermometers, 565,000 gallons of hand sanitizer, and 500,000 face shields to Texas schools at no cost to the local districts.

We got a behind the scenes look at the @TDEM warehouse in #SanAntonio where @GovAbbott announced the state will supply every school district in Texas with PPE
Over 59million masks already handed out to schools @KENS5 #kens5eyewitness pic.twitter.com/roeaP2oJno

He reiterated that the decision to reopen for in-person classes will be up to local school boards, based on guidance from local public health authorities.

"We have ordered just over $1 billion worth of PPE," said TDEM Chief Nim Kidd. He said that if there's leftover equipment, it will be used as a stockpile for future events.