"We are urging taxing authorities not to raise rates, but to cut property tax rates to lessen the burden on property owners in Texas," said Gov. Greg Abbott. 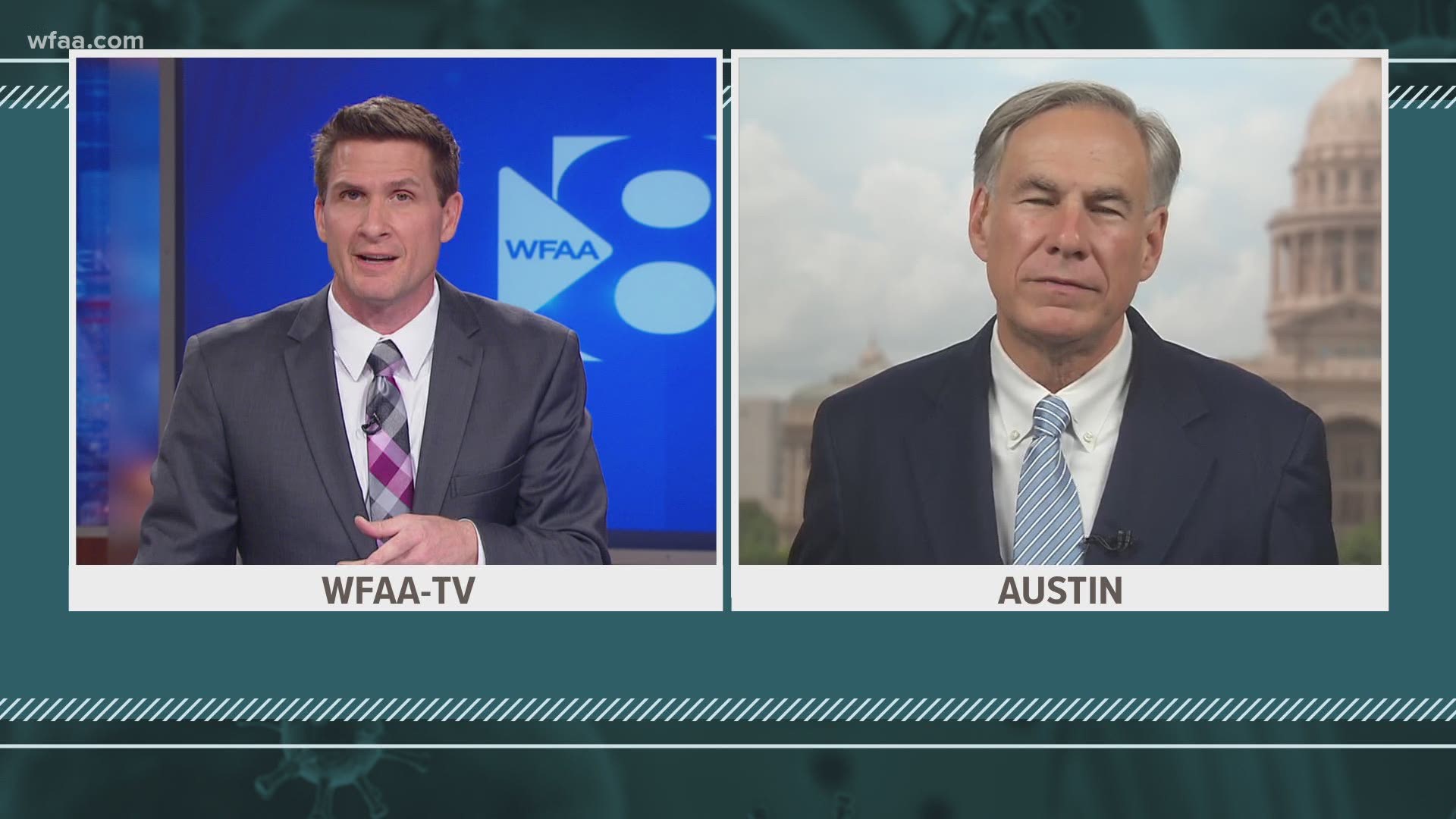 DALLAS — Texas Gov. Greg Abbott is expected to make an announcement Monday about the next steps in reopening the state. That same day gyms and some workplaces are reopening at lower capacities than normal as state officials work to strengthen the economy following closures due to COVID-19.

State officials confirmed more than 1,300 new coronavirus cases on Friday. So far, since testing began, over 45,000 Texans have tested positive. Thursday and Friday were the two deadliest days for the state so far, with 58 and 56 deaths reported, respectively.

But for many Texans, the economic impacts have been far more severe than the health impacts.

On Friday, Abbott joined WFAA live to answer some of the most pressing finance-related questions that Texas residents have.

WFAA's questions are in bold. Abbott's answers are in plain text.

In two months, there have been almost 2 million jobless claims in Texas. Is staffing of the state unemployment system, and is the amount and duration of state benefits adequate?

When you look at the incredible number of unemployment claims, it was far more than the Texas Workforce Commission has ever had to deal with. Once they were able to assess the number of claims, they added hundreds of staffers. Additionally, the Texas House and Senate offered up volunteers to assist.

They’ve paid out more than $5.6 billion in unemployment benefits claims. One unemployment claim is too many, but Texas does rank lowest among large U.S. states. Texans want to get back to work and that’s what we’re preparing for now.

The requirement that people getting unemployment benefits must look for new jobs has been waived during the pandemic so far. Will it be time to reinstate that requirement when businesses hit the 50% threshold?

That level has not been determined. It’s premature to guess what the TWC will do.

The TWC has worked collaboratively with workers across the state. The TWC also understands the inability for some to apply for jobs because there are more people unemployed than there are open positions.

I believe the TWC will remain flexible.

When will daycare be available for parents who are non-essential workers?

State officials have devoted a lot of time to focus on this issue. We know the work force won’t be able to go back fully until daycare is available.

We’ve spent a lot of time with daycare centers determining how they can open while diminishing the spread of COVID-19 and making sure our four doctors are comfortable with those strategies.

There is still more work to be done before those announcements can be made.

Property owners are getting their annual appraisals, many with values that are going up. The state legislature passed a cap on how much those tax rates could go up, but the Texas Municipal League says your recent disaster declaration removed that cap. Are you concerned about strapped property owners essentially paying the COVID-19 bill and what can you do to prevent that?

First, I don’t construe the law the same way that the municipal league does. I disagree and I think the Texas attorney general disagrees with that legal interpretation.

We are urging taxing authorities to not raise rates, but to cut property tax rates to lessen the burden on property owners in Texas. 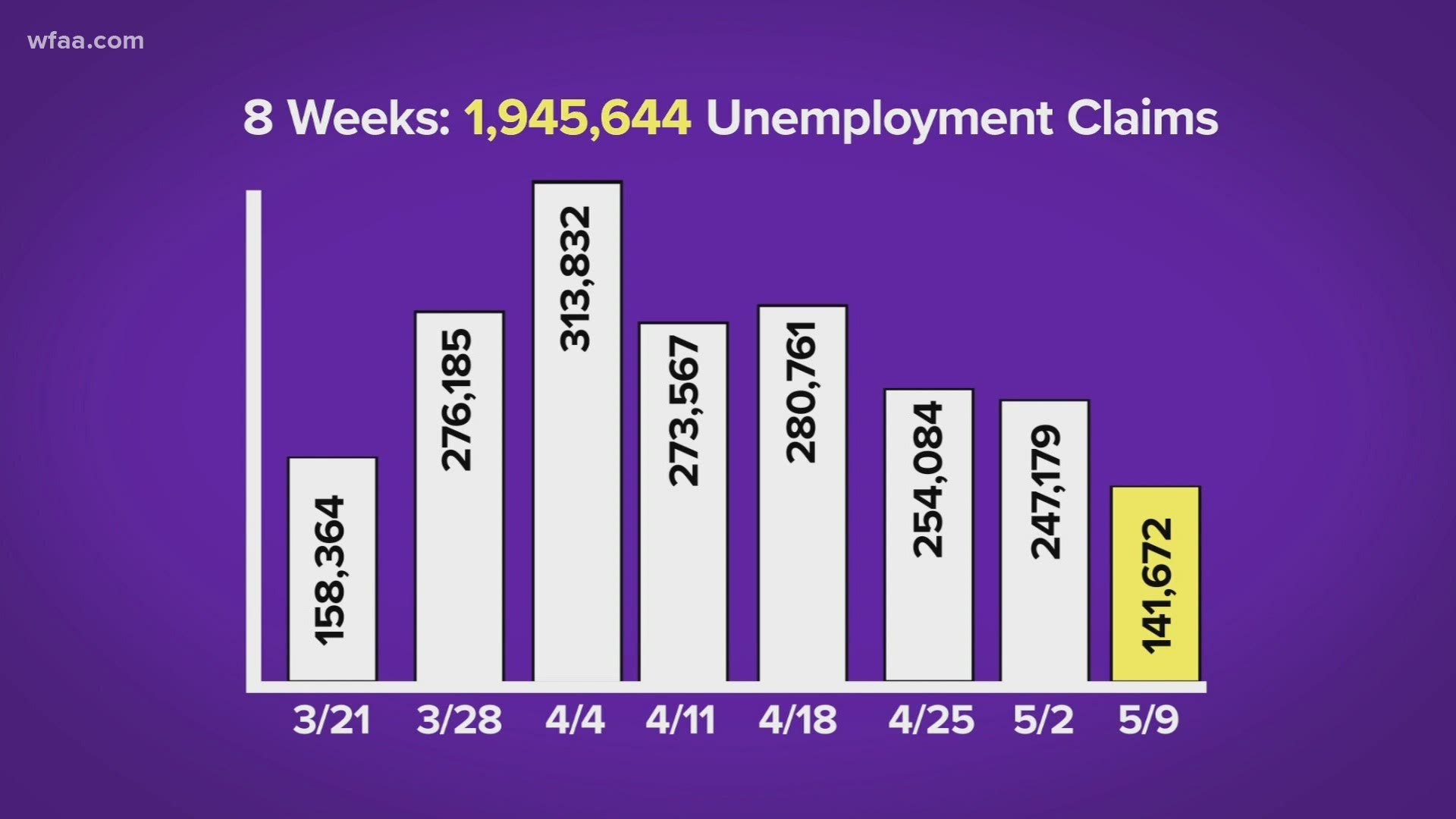