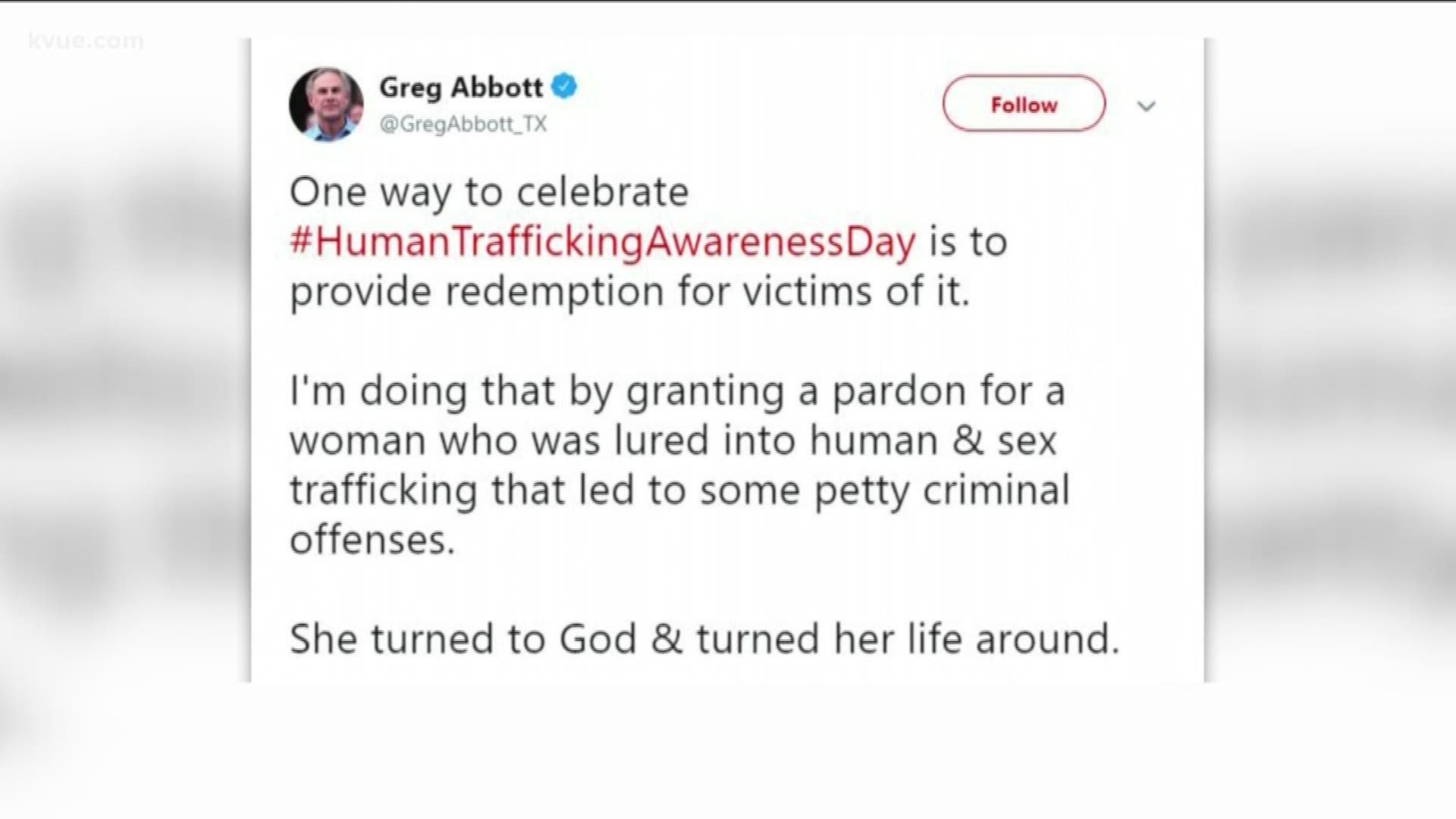 A press release KVUE received Saturday stated that "Texas has been at the forefront of educating the public about trafficking, punishing the traffickers and guiding the victims back onto a path toward productive participation in society. One of the surest signals of our commitment to helping victims of human trafficking is to show there is a true path to redemption for those victims. A way to demonstrate that is a gubernatorial pardon, for those who have truly escaped trafficking, for the crimes they may have committed while under the grips of traffickers."

The release stated this is the case with Hamilton, who was lured into trafficking at around age 15. From there, she experienced a downward spiral that included petty crimes that did not involve harming or dangering the lives or safety of others.

The release stated that "Robbie eventually had a come to Jesus moment – literally." Hamilton was baptized in jail and has studied the Bible. She has sponsored women through the 12-Step Program, speaks on addiction and the dangers of trafficking and has been a member of a church that provides outreach to homeless individuals and those struggling with addiction.

According to the release, eight letters were submitted to the Texas Board of Pardons and Paroles in support of a full pardon for Hamilton and no person or law enforcement agency submitted any letter in opposition to a pardon.

Natalie Nanasi, an assistant professor and the director of the Legal Center for Victims at SMU Dedman School of Law, said, “Hamilton has been a model member of society and has worked tirelessly to help other women.”

“The Texas Board of Pardons and Parole voted unanimously to pardon Robbie. I agree,” Gov. Abbott said. “She is a testament to the principle that our lives are not defined by how we are challenged, rather they are defined by how we respond to those challenges. Robbie demonstrated internal fortitude to turn her life away from being a victim of human and sex trafficking and toward a life of redemption and improving her community. Her example is to be applauded and replicated. As Governor of Texas, I hereby grant Robbie Ann Hamilton a full pardon consistent with the recommendation issued by the Texas Board of Pardons and Paroles.”