Tinslee Lewis has been hospitalized with grave lung and heart problems since she was born. 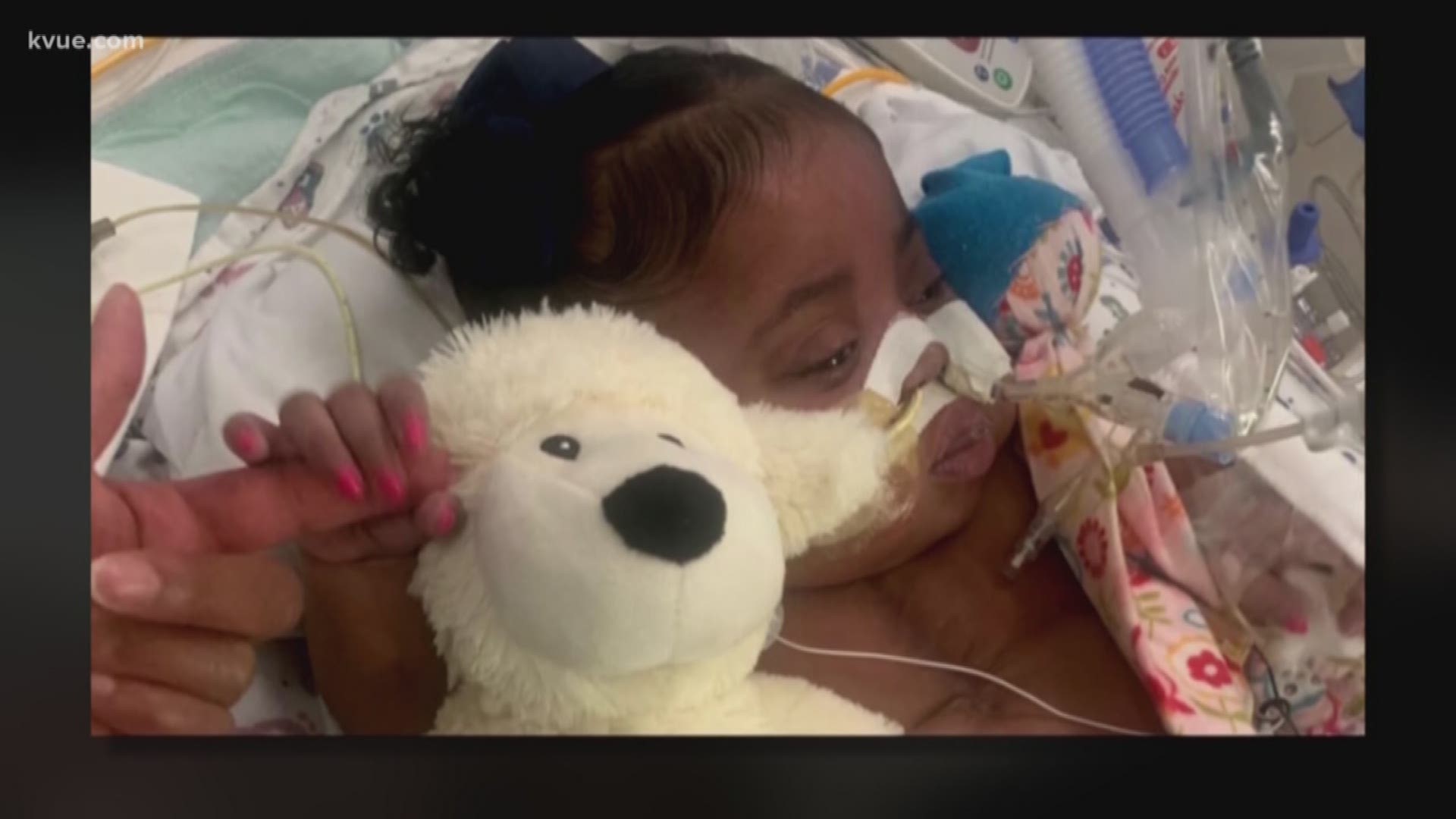 AUSTIN, Texas — Gov. Greg Abbott and Attorney General Ken Paxton are showing their support for the family of a baby girl whose doctors want to take off life support.

On Friday, Jan. 17, Abbott and Paxton filed a "friend of the court brief" in support of baby Tinslee Lewis and her family.

The 11-month-old is currently at the Cook Children's Medical Center in Fort Worth. Tinslee Lewis has been hospitalized with grave lung and heart problems since she was born.

Tinslee's family wants her treatment to continue, but doctors said her condition is terminal and they believe their care is causing her pain.

After a judge denied an injunction that gave Lewis seven days to live, her mother, Trinity Lewis, said she wants to be the person who makes the decision for her child.

"I am heartbroken over today’s decision because the judge basically said Tinslee’s life is NOT worth living," Trinity Lewis said in a written statement issued by Texas Right to Life.

A court of appeals later granted emergency relief for baby Tinslee, which keeps her on life support during an appeal.

Abbott and Paxton are asking for the reversal of a recent trial court's ruling that doctors can remove baby Tinslee from life support if they get approval from the hospital's board.

Paxton released a statement saying in part, "My office will use all necessary resources to ensure that this baby and all Texans are afforded the rights they deserve."