The Texas Democratic Party had challenged the state's age restrictions on voting by mail, arguing they violated the 26th Amendment's protections. 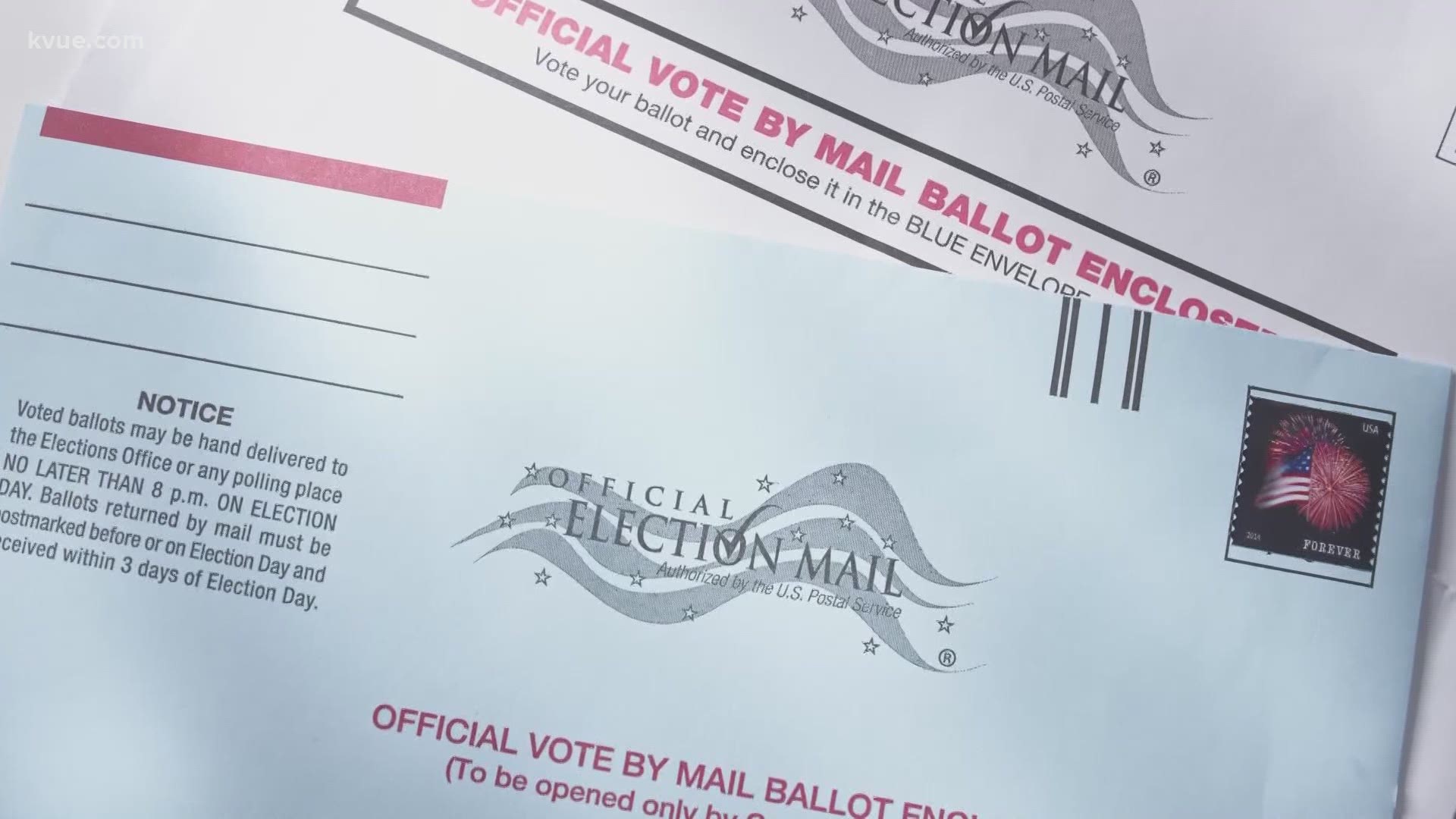 THE TEXAS TRIBUNE – A three-judge panel of the U.S. 5th Circuit Court of Appeals ruled Thursday that Texas can keep its strict eligibility rules for voting by mail.

Siding with the state’s Republican leadership, the appellate judges rejected the Texas Democratic Party's effort to expand eligibility for voting by mail to all registered voters based on their argument that the state's age restrictions for such voting violate the 26th Amendment's protections against voting restrictions that discriminate based on age.

The federal panel vacated a lower court’s sweeping ruling that found Texas voters would face irreparable harm if existing age eligibility rules for voting by mail were in place for elections held while the new coronavirus remains in wide circulation. The case is headed back to that lower court for further consideration of Democrats' remaining arguments against the state's restrictions.

Texas allows any voter 65 or older to automatically qualify for a mail-in ballot. Younger voters can qualify if they will be out of the county during the election period, are confined in jail but otherwise eligible or if they cite a disability or illness that makes a trip to the polls a risky endeavor.

The case is on track to the U.S. Supreme Court, which previously rejected a bid by the Texas Democratic Party to fast-track its consideration of the case ahead of November. But it’s becoming increasingly unclear whether the matter will be resolved in time to expand voting by mail for the general election.

Texas is nearing the start of absentee voting for the November election. Voters who have already requested an absentee ballot should be receiving them in the next few weeks. The deadline to request a mail-in ballot in Texas is Oct. 23 — 11 days out from election day. But the U.S. Postal Service recommends voters get their requests in at least 15 days out.

The state appealed to the 5th Circuit after U.S. District Judge Fred Biery ruled in May that Texas must allow all voters “who seek to vote by mail to avoid transmission of the virus” to cast an absentee ballot during the pandemic even if they wouldn’t ordinarily qualify under state election law. Biery agreed with Texas Democrats’ argument that the age limitation for voting by mail is unconstitutional because it imposes additional burdens on voters who are younger than 65 during the pandemic.

That ruling had been on hold while the 5th Circuit considered Texas’ appeal.

During a virtual hearing on Aug. 31, the discussion centered in part on what constituted denying or abridging the right to vote based on age. Texas Solicitor General Kyle Hawkins argued the state’s decision to set up voting by mail for Texans 65 and older did not “erect a barrier to the exercise of the franchise for everybody else.”

If the case turns on a close reading of the 26th amendment — and a determination on what it means to deny or abridge the right to vote — then the state has not reached a constitutional violation, Hawkins told the three-judge panel.

“Age is no different,” Dunn said.

The state is not without options to facilitate voting for certain voters, Dunn said, offering as an example the possibility of placing a polling location next to a care facility for older people as long as that placement was not intended to or did not have the effect of discriminating against young voters.

“What the state can’t do by statute is say a bracket of people based on their age get a voting benefit that other people don’t,” Dunn said.

But the panel ultimately found that "conferring a privilege" — in this case the option of voting by mail to voters 65 and older — does not alone violate the 26th Amendment.

The lawsuit over age limitations for voting by mail is just one in a long roster of legal challenges to the state’s voting processes during the coronavirus pandemic. But the state, so far, has been largely successful in fending off any changes that could be imposed through the courts. The primary way in which Texas has adjusted voting rules during the pandemic is by extending the early voting period, motioning toward its preference for in-person voting.