Anti-Defamation League: 'White supremacists call themselves white nationalists because maybe that might be a little more palatable.' 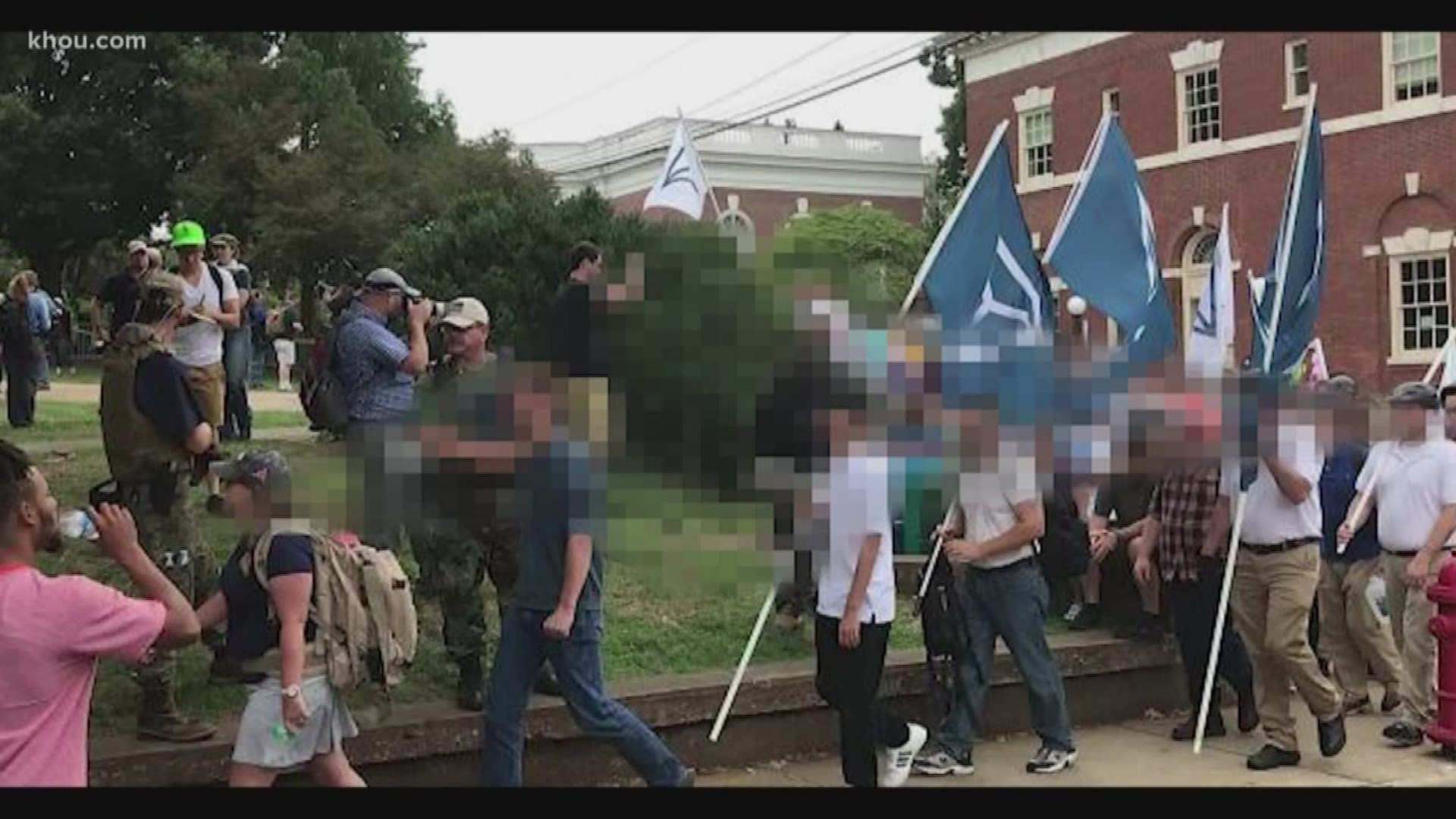 Some say the white nationalist movement is growing, recruiting newcomers from the anonymous depths of the dark net.

"I think that some people who are attracted to certain ideologies feel disenfranchised or they don’t get enough attention from people who don’t believe that sort of thing and they get attention from this camp and they think, ‘Ok, I’m going to join that,’” said ADL Southwest Region senior associate director Dena Marks.

Investigators at the organization’s office are tracking white nationalists. They find out the names behind the anonymous postings and made-up usernames, then pass along their information to authorities.

Marks says white nationalists use a variety of tactics – putting up public displays of hate, targeting college students – with the primary goal of recruitment.

Marks says the tactics have worked.

“We all allowed for this rise,” Marks said. “I think there has been a lot of anti-immigrant, a lot of racist rhetoric by these white nationalists and by these white supremacists and when one person sees someone else doing it – then he or she says ‘Ok, I can do it. I’m enabled, I can do it.’”

A handful of white nationalist hate groups have been identified across the state of Texas.

The Southern Poverty Law Center has identified only one white nationalist hate group in Houston.