The Texas Legislative Black Caucus hopes to pass the CROWN Act in the next legislative session. 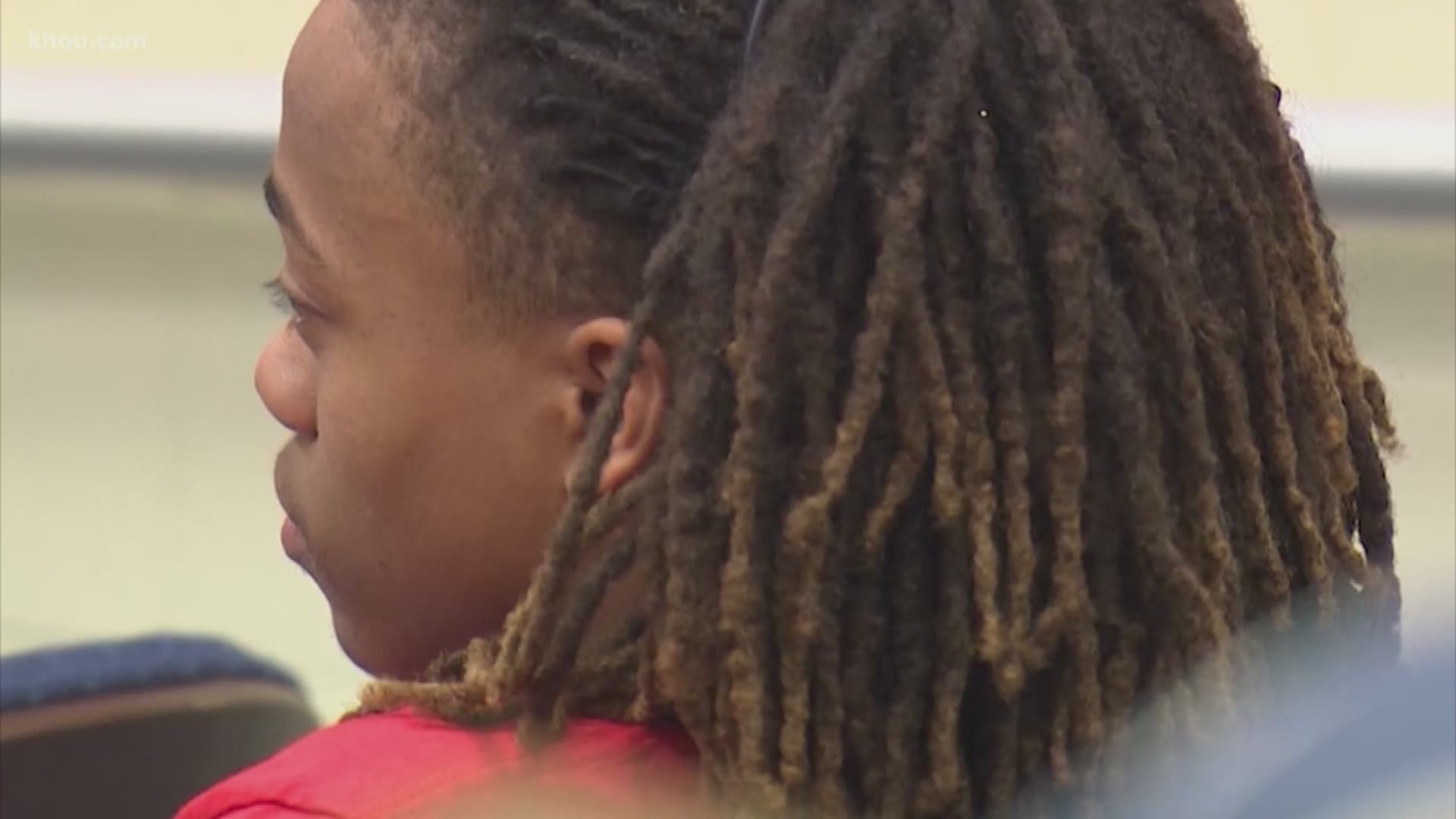 AUSTIN, Texas — Editor's note: The attached video is from a KHOU report on the CROWN Act from Feb. 7.

Members of the Texas Legislative Black Caucus, joined by other prominent black officials and advocates, announced Thursday in Houston they are working on a bill for the 2021 legislative session — called the CROWN Act — that will ban discrimination based on hair textures and styles commonly associated with race.

The legislation is a show of support for students like DeAndre Arnold, a black Mont Belvieu student who was suspended last month because of his dreadlocks and told he couldn’t walk at his high school graduation unless he cut them.

California, New York and New Jersey implemented versions of the CROWN Act, which stands for Create a Respectful and Open World for Natural Hair, last year. The act protects against “unjust grooming policies that have a disparate impact on black children, women, and men” in workplaces and public schools, CROWN Coalition advocate Adjoa Asamoah said at the press conference. The coalition is a national alliance of organizations working to end hair discrimination.

Bowers said in a phone interview the CROWN Coalition approached her about a year ago to bring a bill to Texas.

Bowers said she and her fellow Black Caucus members are still in the process of educating people and creating awareness about the issue of hair discrimination.

U.S. Rep. Sheila Jackson Lee, D-Houston, who participated in the press conference via phone, said members of Congress who wear braids, like she does, also face discrimination. A version of the CROWN Act has also been introduced in both chambers of Congress.

Arnold’s case is the most recent incident of hair discrimination in Texas that has garnered national attention. Celebrities and politicians have spoken out against the school policy, which prohibits male students’ hair from falling below their eyebrows or ears. Arnold appeared on Ellen last week and was given $20,000 to continue his education. On Sunday, he will attend the Oscars as a guest of “Hair Love,” a nominated animated short film. But the school hasn’t budged, and neither has Arnold.

Arnold and his family were expected to attend the press conference Thursday, but they stayed home at the request of the NAACP. Bowers could not comment on whether the Arnold family is pursuing legal action.

Other high-profile Texas cases include that of Pearland junior high school student Juelz Trice, who was forced to fill in his shaved hair design with a Sharpie to avoid suspension, and 4-year-old Michael Trimble of Tatum, who was given a choice between cutting his hair or wearing a dress and being addressed as a girl, according to a CNN report.

"I truly feel that if we don't speak up for our own, that no one else will," Bowers said.

This story originally appeared in the Texas Tribune.