Nonprofit organization wants to see Texas enforce a law that suspends or revokes the retailers’ privilege to sell rather than go after teens. 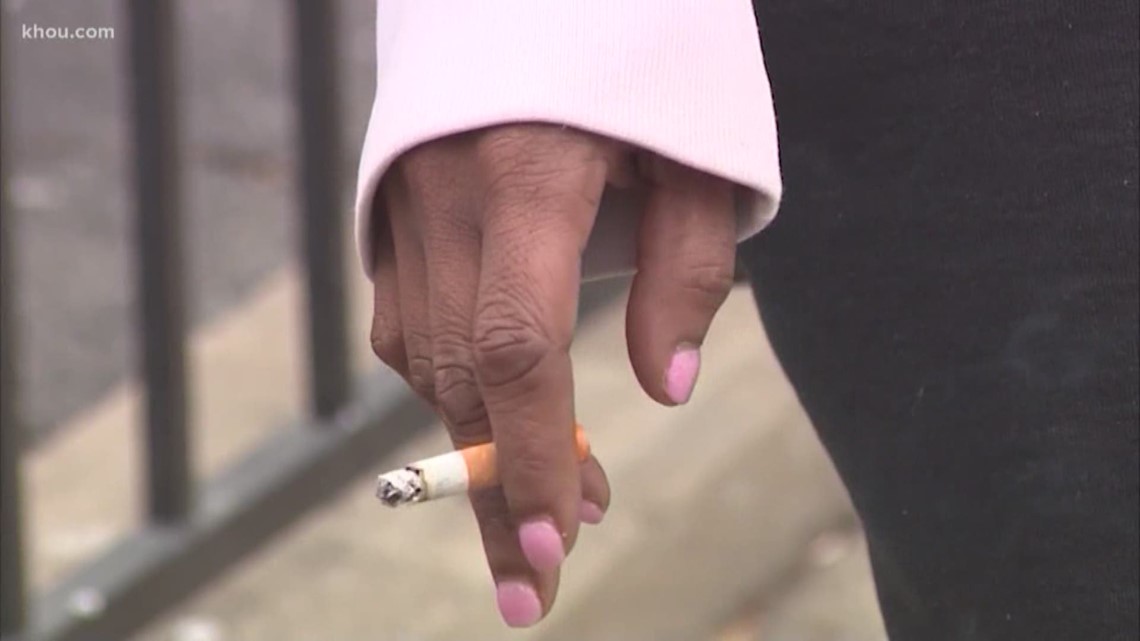 HOUSTON — New restrictions in Texas that raise the age to buy tobacco products from 18 to 21 doesn’t go into effect until later this year.

Many praise the move, saying it will curb teens' access to cigarettes and other products.

However, some critics said the law doesn’t go far enough.

By now, you’ve heard that starting Sept. 1 anyone under 21 won’t be able to walk into the store and buy cigarettes or any other tobacco product.

The new law is meant to stop cigarettes and e-cigs from getting into the hands of teenagers.

It also hopes to lower the dangerous effects of smoking.

Ginny Chadwick with Tobacco 21, a non-profit organization that tries to lower the effects of smoking and tobacco through preventive efforts, said the law is weak when it comes to going after those responsible.

“The local municipalities can’t put in more stringent penalties on the retailer,” Chadwick said. “They can’t do their own compliance check and penalize the retailer.”

She goes as far as calling it one of the worst age restrictions laws voted on in the country.

Chadwick said it criminalizes anyone who buys, uses or possesses tobacco products.

“You can legally buy a pack of cigarettes or a Juul in New Mexico, drive across the state border; now you’re busted with a criminal penalty for possessing the product that you legally purchased in New Mexico,” Chadwick said.

Tobacco 21 wants to see Texas enforce a law that suspends or revokes the retailers’ privilege to sell rather than go after teens.

The nonprofit says the tobacco industry walks away with no consequences.

Chadwick said kids shouldn’t be punished for falling prey to a multi-billion industry that targets them.