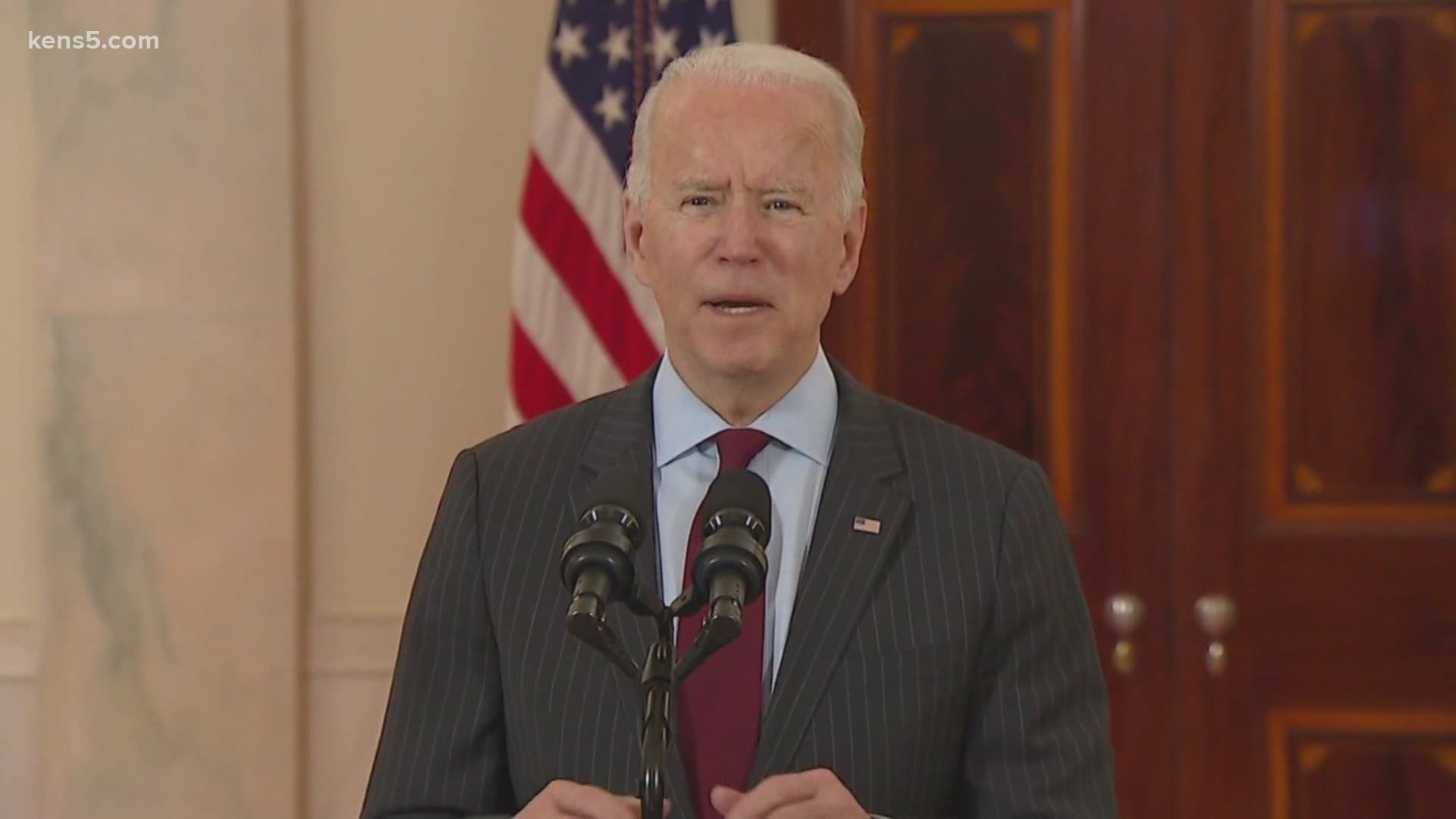 Both lawmakers said their meeting was a positive one.

"The president was very receptive, as was the vice president," Cornyn said. "He said, 'We're all in.' We all understand this is important, not only to our economy, but to our national security, because these cutting-edge, high-end semiconductors – they operate on everything from the F-35 fifth-generation stealth fighter to our cellphones. So it was very positive."

According to pool reporter Michael Wilner, Cornyn said China is currently building 17 semiconductor fabrication manufacturing facilities, while the U.S. is in the early stages of building one facility in Arizona.

Cornyn stated that with the CHIPS for America Act, work on increasing high-end semiconductor production is "shovel-ready," which was the focus of their meeting in the Oval Office.

The senator said the COVID-19 relief package, the American Rescue Plan, did not come up in the meeting.

"I want to commend the president for making this a priority," said McCaul. "When I talked to Secretary of State Blinken, the national security advisor Jake Sullivan, the president, the vice president – they get this, that we've got to focus on decoupling our supply chain from the Chinese Communist Party, particularly on medical, on rare earth minerals, but semiconductors as well."

"It signaled to me from the president of the United States that this is a high priority," he added, commending the president for raising the matter "within the first four weeks of his presidency."

The president is also set to travel to Texas on Friday to survey recovery efforts after the winter storms.

COVID-19 mass vaccination site to open at COTA this weekend

Texas power grid was '4 minutes 37 seconds away from a total collapse,' ERCOT says