Watson on Tuesday announced he will be leaving the Senate to become the first dean at the University of Houston's Hobby School of Public Affairs. 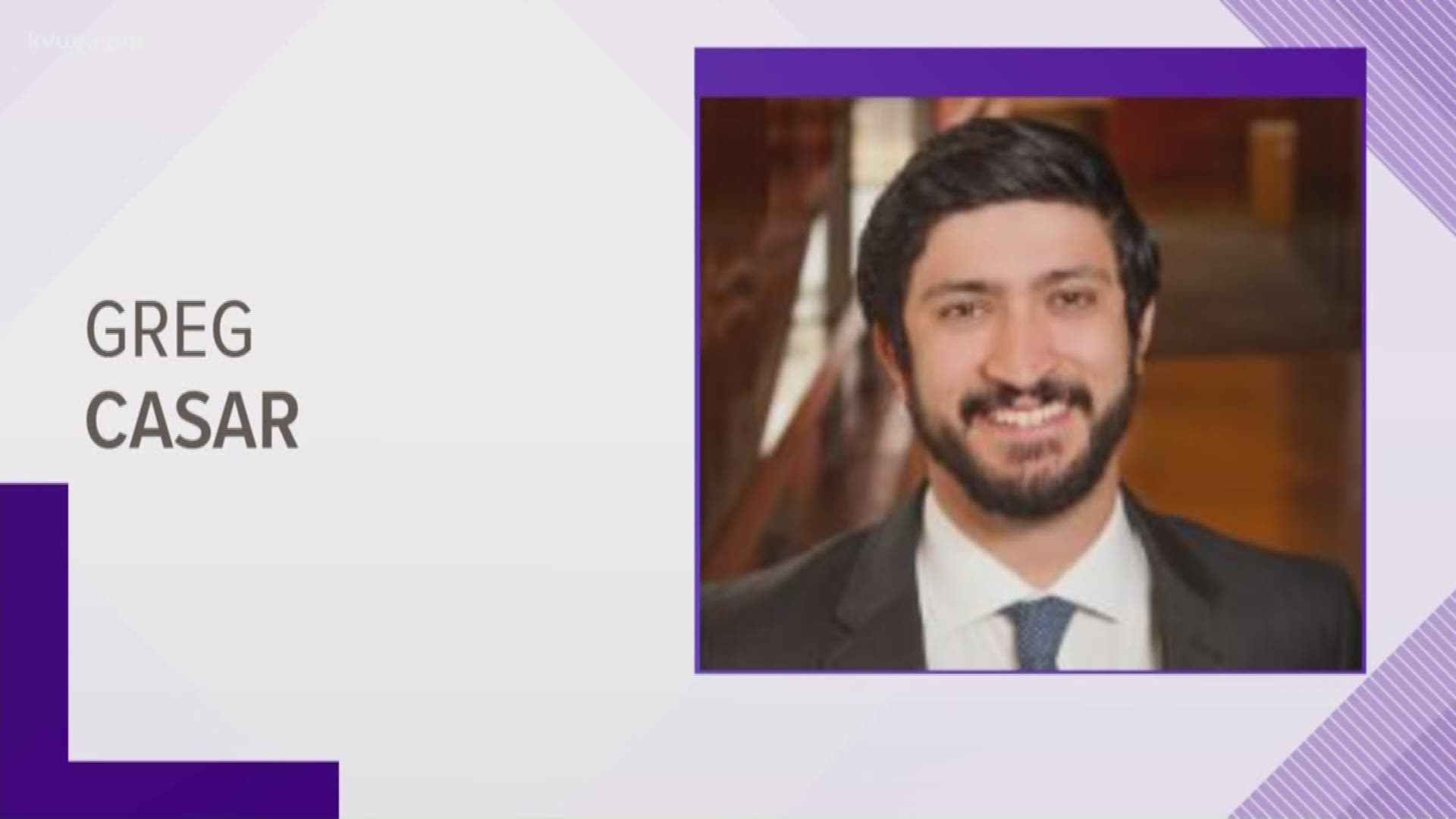 The news comes just hours after Sen. Kirk Watson announced he would be retiring from his role this April to become the first dean of the University of Houston's Hobby School of Public Affairs.

In a statement posted to Twitter on Feb. 18, Eckhardt said she has "the deepest appreciation for Senator Watson's long list of accomplishments on behalf of Central Texas."

"I am considering running in the special election to step into his shoes in Senate District 14," she said.

Eckhardt said she would continue Watson's work on Interstate Highway 35 and the redevelopment of the Austin State Hospital.

"In addition to healthcare and transportation, redistricting and criminal justice reform must be addressed by the State Legislature," she said. "If I win I will switch out Senator Watson's shoes for the first pair of heels to walk in that position. I am the first woman Travis County Judge. I am considering running to be the first woman Senator in District 14."

In his first term, Casar helped organize the first tenants associations at mobile home parks in Austin. He also sponsored and passed more than a dozen housing initiatives aimed at keeping working-class and middle-class citizens in Austin, including affordable housing and rehabilitation programs.

He's also worked to improve civil rights and economic opportunity for Austin citizens. He helped make Austin the first Fair Chance Hiring City in the South, and he has worked to eliminate laws and practices that contribute to the mass incarceration of youth, people of color and the poor.

Casar is known as the lead sponsor for Austin's Paid Sick Days ordinance, which gave every private sector employee in the city of Austin the right to earn a significant amount of paid sick time.

Casar has also advocated for Austin's transportation, parks and infrastructure. He's helped allocate funding to fix dangerous intersections as well as bring improvements to sidewalks and crosswalks near neighborhood schools.

Casar, now 30, was first elected as the city's youngest councilmember in 2014.

He officially filed a treasurer's report on March 2, marking his first step toward his bid.

On Feb. 19, Rep. Hinojosa also announced she might throw her hat into the ring by releasing the following statement:

"Yesterday, Sen. Kirk Watson announced his resignation as our Texas State Senator. I join the chorus of grateful constituents in giving thanks to Senator Watson for all he has given to our community. We are stronger and better because of it. I will miss his leadership and his regular guidance and advice. I wish him well in this next phase of his career.

Today, we look towards a future with new leadership that represents our values. As such, I am seriously considering running for the Texas Senate.

However, I cannot make a decision without more definitive information about the date of the special election and the prospects of filling the House District 49 seat, if we prevail, before the next legislative session. With the very real potential of 'flipping' the Texas House and electing a Democratic Speaker in a redistricting year, the stakes are too high to risk the possibility of leaving HD49 without representation. I love this district and the community I represent. It is a great honor to represent HD49. I am committed to ensuring the voice of my constituents is always represented and heard.

In the coming days we will get more information about the date of the special election. I will make a decision once I have more certainty.

Until then, I very truly remain your District 49 Representative – “the most liberal member of the Texas House.”