Brass knuckles and other self defense items will be legal to carry starting Sept. 1

The bill lifts the state ban on carrying brass knuckles, kitty key chains, clubs and other self defense items in public. 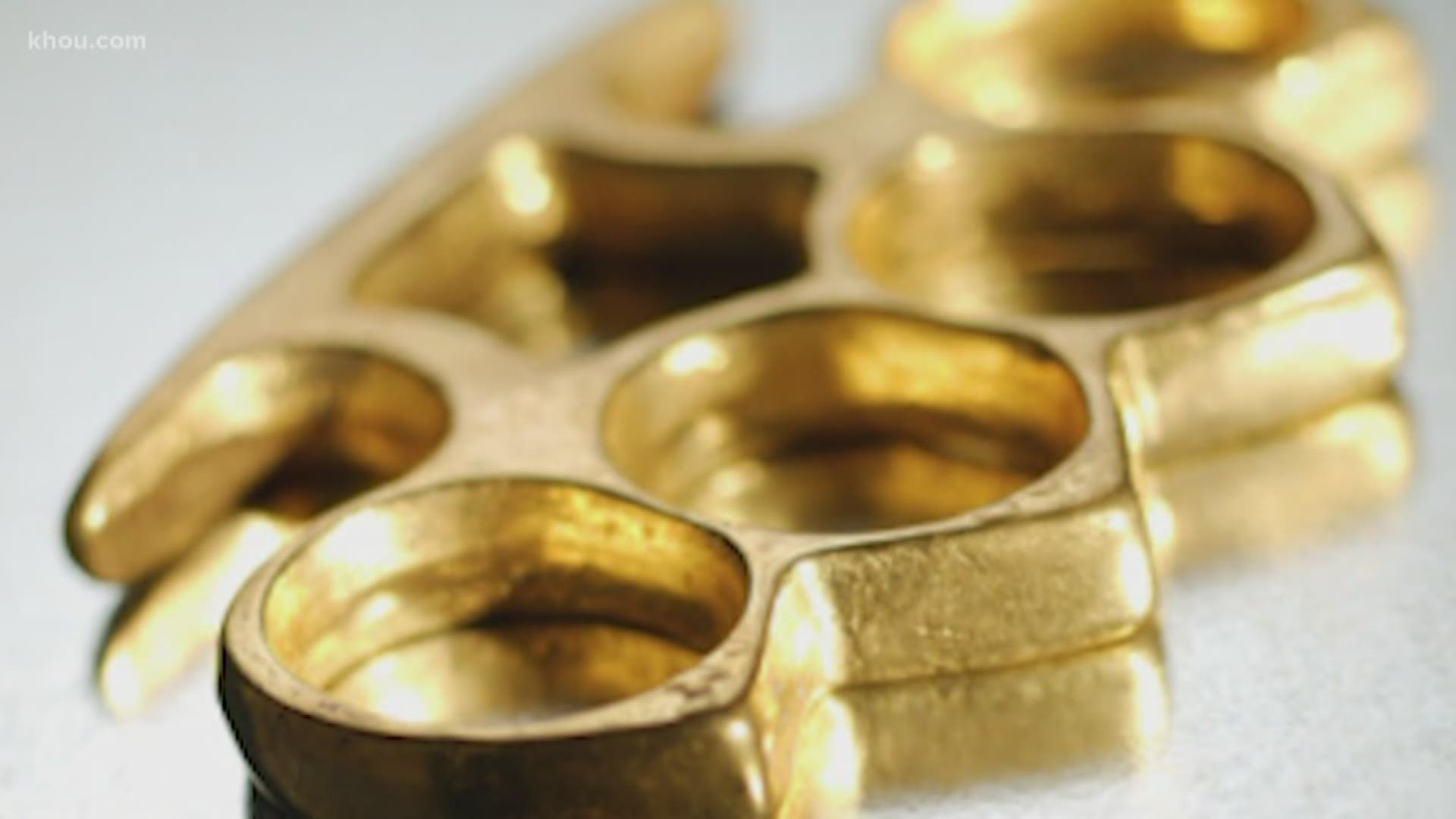 “It’s something you can use against a larger opponent potentially to make you stronger in the process,” said Krav Maga Houston’s Trea Drake.

The self defense equalizers are an advantage that House Bill 446 advocates. Moody has called the bill’s passage ‘another step toward getting rid of antiquated laws regarding weapons.’

However, Drake warns people looking to start carrying the weapons.

“People have to understand there are legal implications. Just because it’s legal now to carry brass knuckles,” said Drake. “That doesn’t mean you can use it in every situation you find yourself in.”

The Texas Department of Public Safety says 93 people were convicted for violating the brass knuckle ban in 2017.