All dioceses in Texas will release the list at the same time. 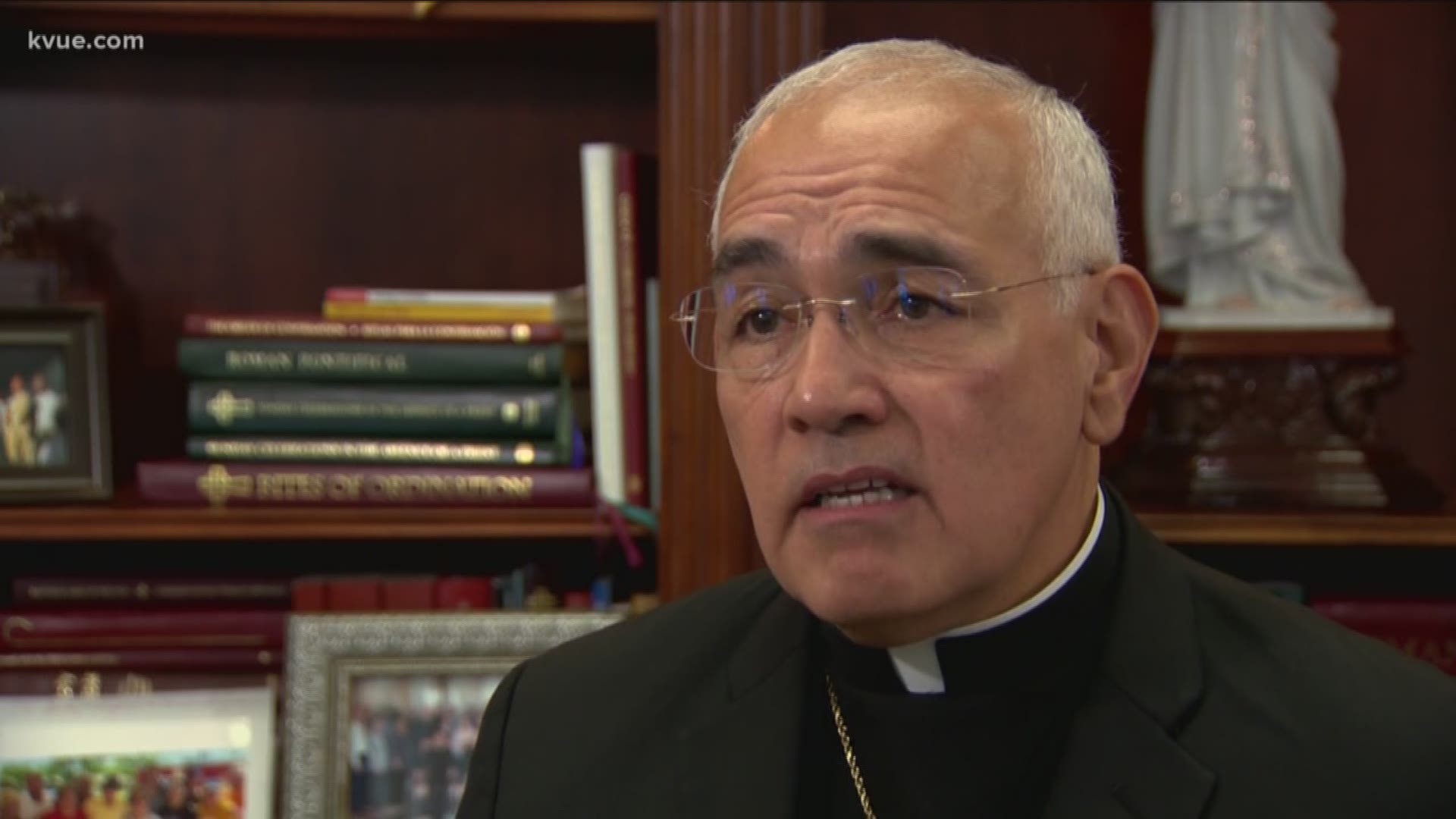 AUSTIN, Texas — On Thursday afternoon, all 15 Catholic diocese in Texas will release lists of clergy members who have been "credibly accused" of sexually abusing a minor since the year 1950.

According to a spokesman for the Catholic Diocese of Austin, all of the diocese will release their lists at the same time on Thursday.

The Texas Conference of Catholic Bishops announced the decision to release the lists back in October 2018. They said it was part of their "ongoing work to protect children from sexual abuse.”

At that time, Austin Bishop Joe Vasquez said people should be able to feel comfortable at church.

“That's what brings about shame, embarrassment, hurt, suffering and pain from our people,” Bishop Vazquez said. “We are all brokenhearted over this whole thing. The sexual abuse of minors is a terrible thing. It's a sin, but it's a crime as well. And so, it hurts all of us.”

RELATED: Catholic Diocese of Austin hit with lawsuit after six women claim they were sexually abused

Bishop Vasquez also plans to give comments Thursday after the lists come out.

Local district attorneys said someone would still have to file a complaint to police, who would have to investigate that case.

"We wouldn't have enough information from that list to be able to move forward on a case. What I think they're trying to do is put enough information out there so that those people who have valid complaints to feel empowered to come forward and, of course, we would encourage that,” Margaret Moore, the Travis County District Attorney, said. 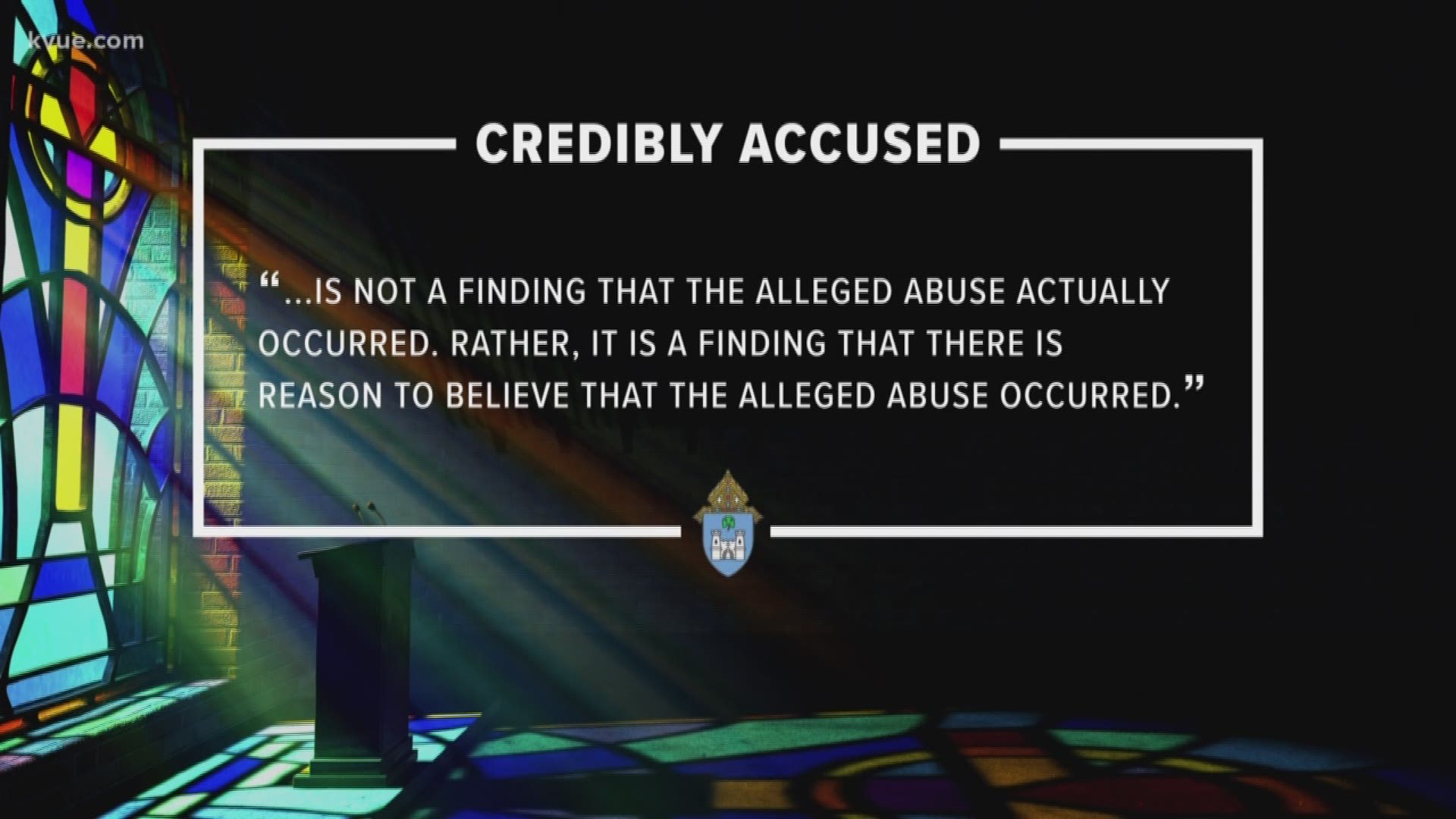 “The name on the list in and of itself isn’t proof of anything,” Jennifer Laurin, the Wright C. Morrow Professor of Law at The University of Texas School of Law, said.

There also may be some hurdles in taking any sort of legal action, according to Laurin.

"Any corroborating evidence, be it in the form of witnesses or physical evidence, is going to be very difficult to gather in cases of this age,” Laurin said.

While there isn’t a statute of limitations for a criminal case of sexual abuse on a minor or continued abuse of a minor, she said these types of cases can be difficult to prosecute.

“These cases are enormously difficult to bring anyway. Even when the conduct is not quite old, it is often the illegal conduct was done without witnesses, right, so it’s often the accuser's word against the accused. There are complications in having to rely on testimony of very young people, complications of having the defendant be an individual with a great deal of sort-of trust that accompanies their position ordinarily,” Laurin said.

But, she said if a victim wanted to file a civil lawsuit, there is a statute of limitations of five years.

She also said it will be interesting to learn what the investigation process looked like for the diocese.

“That will be an interesting thing to see whether there is some body of evidence that exists that can be a starting point for either criminal -- criminal investigations or for what would be obtained in civil discovery,” Laurin said.

According to the bishops, even after they release the list on Thursday, they will update it as new information becomes available.