The State of Texas reports workers are starting to clear land to restart construction on a border wall. 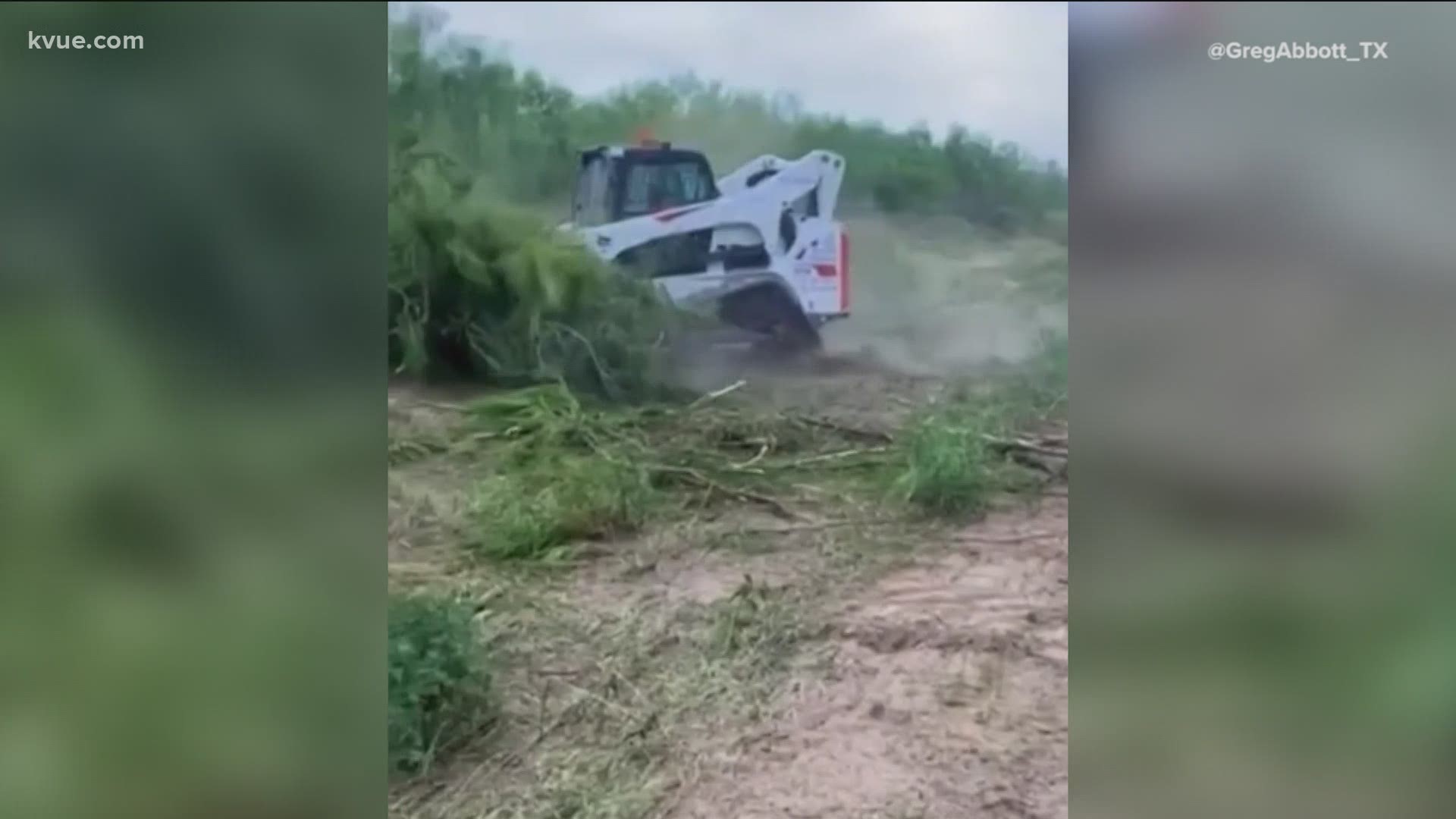 AUSTIN, Texas — In a tweet on Monday, Gov. Greg Abbott said building the Texas-Mexico border wall has started, and the next steps are to get easements on land to clear it, but the Texas Facilities Commission is still working to hire a program manager to oversee the entire process.

Due to the ongoing migrant surge, the governor said he's restarting the Trump-era project to protect Texas. The governor's office said, so far, people have donated about $500,000 to help pay for the planned wall at the southern border.

Building the border barrier has begun.

The 1st step is to get easements on land.

The 2nd step is to clear the land for the building process.

That is what is happening here.

The Texas Facilities Commission is working to hire a program manager to oversee the entire process. pic.twitter.com/n9JUN0CymL

According to Rice University political science professor Mark Jones, building a border wall will take a while.

"What we're seeing right now is just the initial model. We know there isn't enough money to build a wall," said Jones. "This is more symbolic than anything else, that is, beginning to build a structure along a very long border that won't have any real discernible impact on migration."

According to TxDOT, Texas and Mexico share more than 1,200 miles of common border, but Jones said there's not enough money right now to build even a few miles of wall.

"Any wall that's built right now, maybe a half a mile, one mile, isn't going to be very effective in reducing the number of people migrating from the Mexican side to the U.S. side of the border," said Jones. "The odds that the State will build more than, say, five to 10 miles of border wall any time over the next two to four years is pretty unlikely."

The governor said the State is doing this because of an influx of criminals and drugs coming into Texas. Austin immigration attorney and owner of Lincoln-Goldfinch Law Kate Lincoln Goldfinch said that's not what she's seen while working with thousands of migrants.

"The cartels are staying where they are, which is where they are in power," said Lincoln-Goldfinch. "The people, the migrants and the vulnerable families and the kids who are coming here are the ones who are in danger and are running away from the cartels."

Lincoln-Goldfinch said she believes a wall wouldn't do much. She said other change is needed.

"If we could just have a clear policy where migrants who are seeking asylum come in and go through our asylum process, it would alleviate all of that danger and risk that's there now," said Lincoln-Goldfinch. "It's also really important that we return to a clear system that applies to all migrants and not just certain populations of migrants. When we have policies in place where only children can get over, what that means is that families make the excruciating decision to send children across because they are so vulnerable. It creates chaos, confusion and more crime on the Mexican side of our southern border."

On Monday, a group of Texas Democratic members of Congress sent a letter to the U.S. Treasury stating they want to make a new rule that would stop the governor from suing any federal COVID-19 relief money to pay for border wall construction.

NEW: Ahead of Trump’s trip with Abbott to Hidalgo County, I led all Texas Democrats in an effort urging Treasury to protect TX COVID funds under the American Rescue Plan—to ensure Abbott can’t divert recovery funds into his sideshow of building more sections of Trump's wall. pic.twitter.com/eDAo0kQyfl

This coming Wednesday, Gov. Abbott and former President Donald Trump plan to visit the border – specifically the Rio Grande Valley. During the former president's administration, crews finished about 450 miles of border wall, but, according to the Washington Post, most of it was built in Arizona.

Also on Monday, the governor amended his border disaster declaration so it only includes counties that want to partner with the State on enforcement. That declaration allows counties to use more resources to deal with crime and property damage connected to migration. It also directs the State to work with jails in those areas to expand capacity.