With only 15 years of history, Texas whiskey is a growing genre of whiskey that is showing explosive growth. 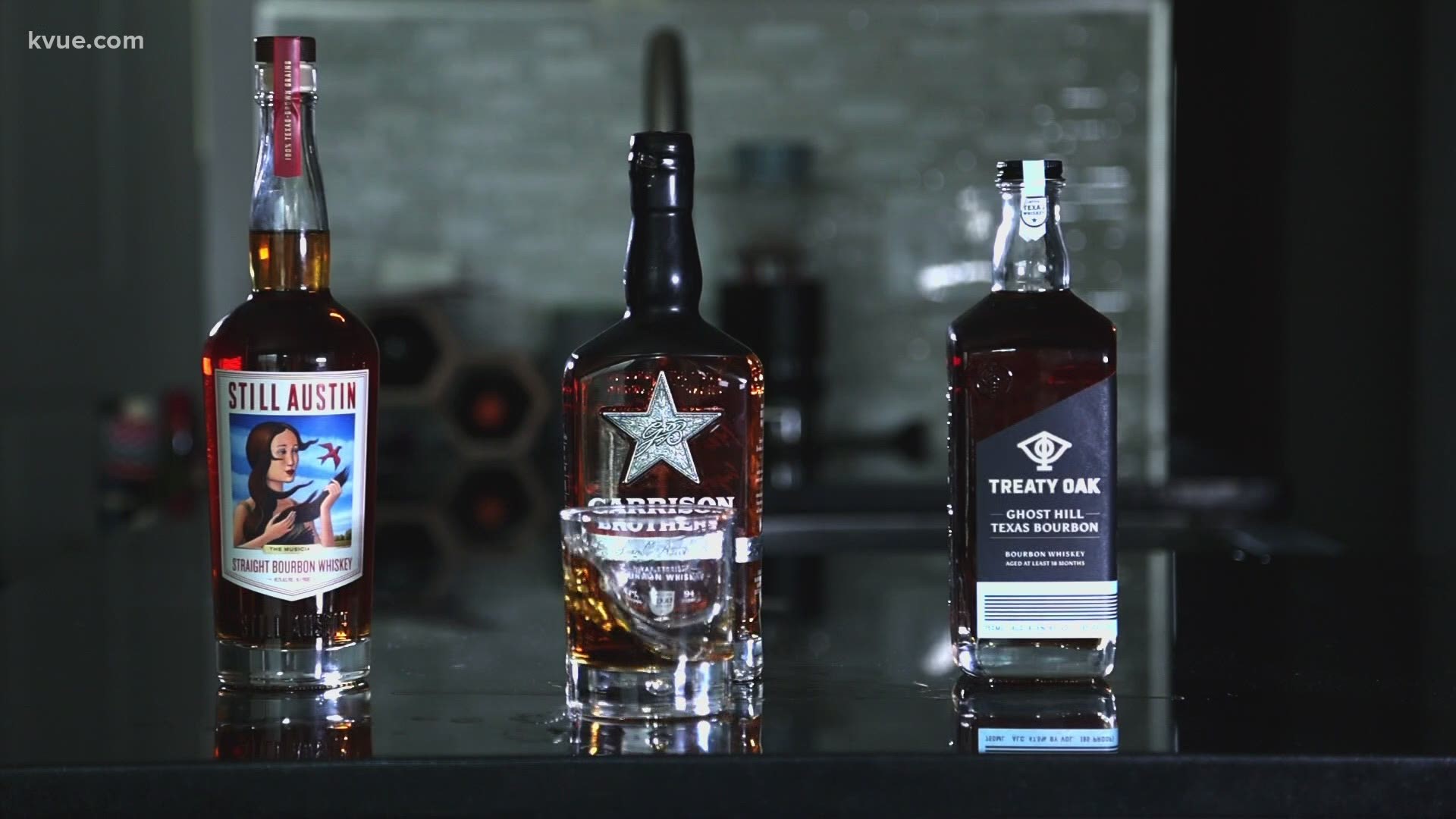 AUSTIN, Texas — You have probably seen it on shelves at the store or in a bar. But do you know what actually makes whiskey, whiskey?

"Whiskey is any distilled spirit that's made from grain," said Dan Garrison, the founder of Garrison Brothers.

It may seem simple but, within that definition, there's a lot of variation.

Most may think of whiskey as something made in Kentucky. But in Central Texas, a relatively new style of whiskey is being made.

"When you hear Texas whiskey, it sounds like something that's been made for the last 200 years, not something that's just kind of crossed in the past decade, roughly," said Daniel Barnes, who owns and runs Treaty Oak Distilling.

"Not a lot of other states in the country really have that, like, a real identity around what it means to produce whiskey there," added Brandon Joldersma, the general manager at Still Austin.

It's a style that those who make Texas whiskey know well.

"We believe we were the first whiskey distillery built in America outside of Kentucky. We're pretty confident that's the case," he said.

For Garrison Brothers whiskey, and other Texas whiskeys, everything starts with the grain for their wheater bourbon.

WATCH: The ABCs of bourbon with Dan Garrison of Garrison Brothers Whiskey

They then take the grains and cook them together before letting them ferment in an open container.

"These 500-gallon fermenters head to our 500-gallon stills," said Donnis Todd, the master distiller at Garrison Brothers Distilling. "Everything that I show you from the raw grains to our specific weather here in Hye, Texas – that all shines through in our bottle."

Unlike other whiskeys, Texas whiskey is a relatively open style. Each distiller can make any style, but aging is what makes Texas whiskey stand out. Many distillers make bourbons, but some make whiskeys.

"There's no uniform trait or characteristic that applies to all Texas whiskeys that are made today," said Garrison. "If there is a characteristic that's true amongst all of the distillers that make whiskey in Texas, its hothouse aging, where we're aging these barrels in the heat and that has a pronounced effect on the flavor."

Texas whiskey is also a result of the scorching Texas summers.

"A lot of it is the same in what Texas is vs. the Texas whiskey. The first thing people talk about is the harshness, the heat of the summers," added Barnes. "And what that [heat] does is if you can imagine whiskey in a barrel, it's almost like a sponge effect of it getting to come in and out."

It's an interaction that causes whiskey to absorb flavors much quicker in the barrels.

"If there's a uniform characteristic that applies to all of it, it's that it's easier to age bourbon in Texas than it is in probably most states in America because of the heat," Garrison said.

How Texas' fanbase has expanded

Whether it's the first distillery in Texas like Garrison Brothers, the fourth like Treaty Oak, or a newer brand like Still Austin, they all have seen the same thing. The owners of these companies have seen the community surrounding Texas whiskey grow.

"Texas has been one of the very first outside of Kentucky, one of the very first whiskey regions that's had a national attention placed on it," said Barnes. "You're seeing the Central Texas corridor, this heart of Texas if you will, become one of the primary whiskey regions in the U.S. Whenever I first started Treaty Oak, there was a very competitive scene between Texas distillers. I would say if anything now it's a much more collaborative scene."

They allow newer brands to join the community, keeping the future flowing.

"I think what's going to be so fun is to watch over the next decade, next two decades, to see what Texas whiskey does," said Barnes.

"For Texas whiskey in general this is the beginning. You talk to all the distillers in Texas and they're just starting to feel what's coming," added Joldersma.

Joldersma is the general manager at Still Austin, a distillery that's newer to the scene but sees a place to grow.

"The really great thing about Texas whiskey is we have this kind of commonality around innovation, around, you know, the weather, like we've been talking about, but also there's so much room for kind of unique personalities and brand identities in the whole thing," he said. "There's been a lot of great distilleries that have popped up in the meantime, and there's so much innovation, so much interesting stuff happening. And we have a real claim, I think, to the geography here being interesting and unique. And we really believe that over the next few years, Texas will really start to get recognized as its own meaningful place for whiskey."

A meaningful place for whiskey. A place to create our own style and do things our way.

"There's a rebellious nature to do things differently from the way they've been done in the past," said Garrison.

"My favorite thing about bourbon is how is the community around it, like how much it really brings people together," said Joldersma.

"Consumers start to understand and look at Texas whiskey as a true genre of whiskey to go approach and try," said Barnes.

"You can use it to celebrate just making it home that day or a birth of a new child or an anniversary," said Todd.

If you would like to explore the "Texas Whiskey Trail" some of the local distillers include Still Austin, Treaty Oak and Garrison Brothers.

Buyers get the home but offer $300,000 over asking price to do it in red-hot Texas real estate market

A boy tried to save his sister from a racist abuser. No one believed him.