Texas veterans honored by Wreaths Across America on Saturday

There were more than 3,000 sponsored wreaths for the event. It was also the first year Richard Overton's grave was honored. 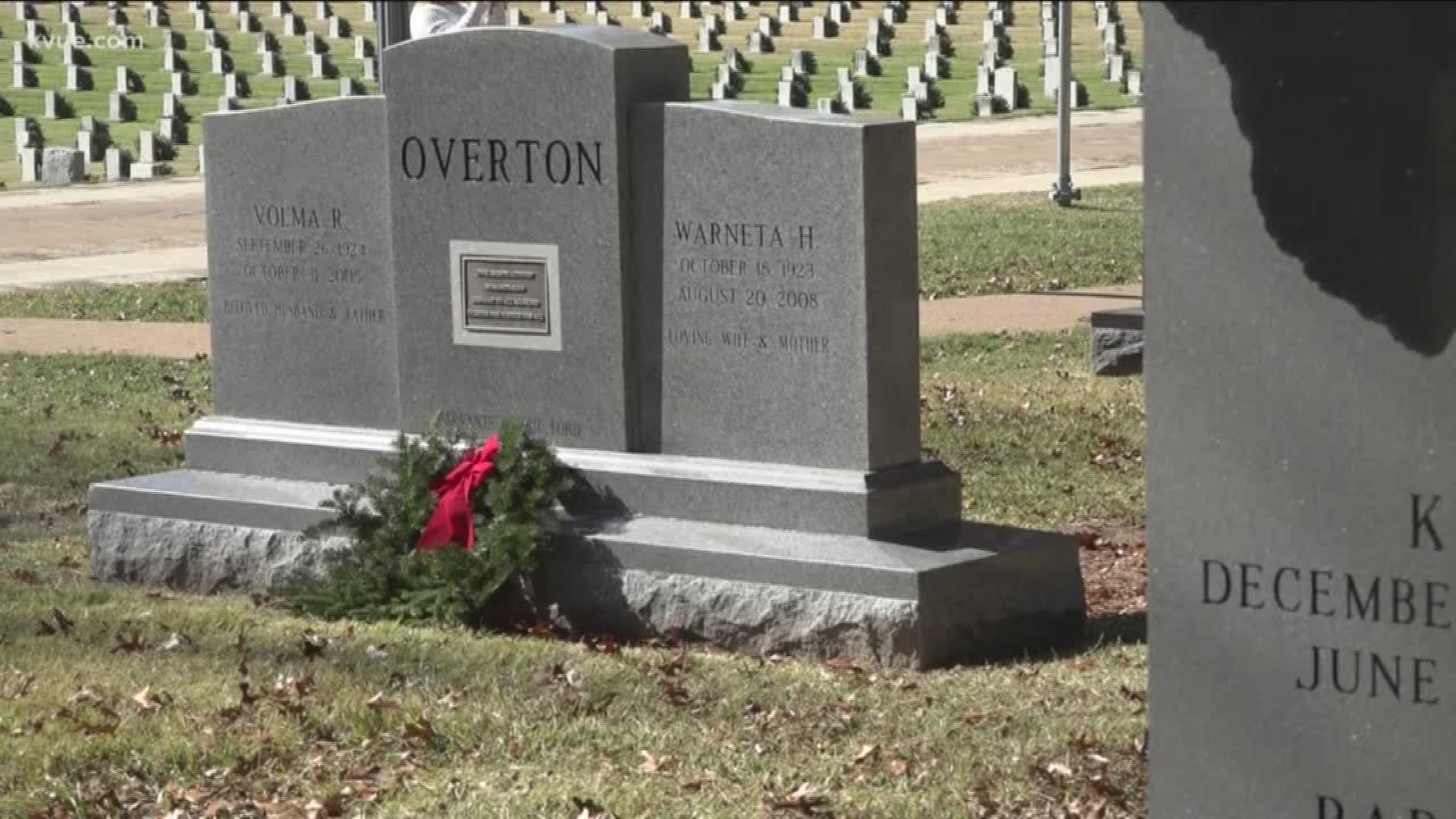 AUSTIN, Texas — Many see it as a special day to honor and remember veterans during the holiday season.

Wreaths Across America held its event on Saturday at the Texas State Cemetery, where thousands of remembrance wreaths were set on the graves of fallen veterans.

"It's hard to describe the sense of pride that wells up in your heart to see everybody out here honoring these people that gave their lives," said Chris Margraves, who was out there Saturday setting wreaths.

It was also the first year Richard Overton was honored at the event.

A ceremony with speakers, the playing of "taps" and a 21-gun salute happened before the wreaths were set around the cemetery.

"It's surreal, seeing all these people come out, all these wreaths being placed so quickly, so beautifully," said Jeremy Brooks.

A veteran himself, Brooks laid the suicide awareness wreath in honor of his father and his friends that he served with in Iraq.

"That wreath today, that was for everybody," said Brooks.

At one point there was concern there would not be enough wreaths to go around, and the organization only had 900 of the 3,100 wreaths needed. But thanks to help from KVUE and its viewers, the organization said it reached its goal.

"It means a lot," said Machamer. "But the soldiers have done way more than I have."