Teachers across Texas are pushing for better benefits, gathering in Downtown Austin Thursday to protest. 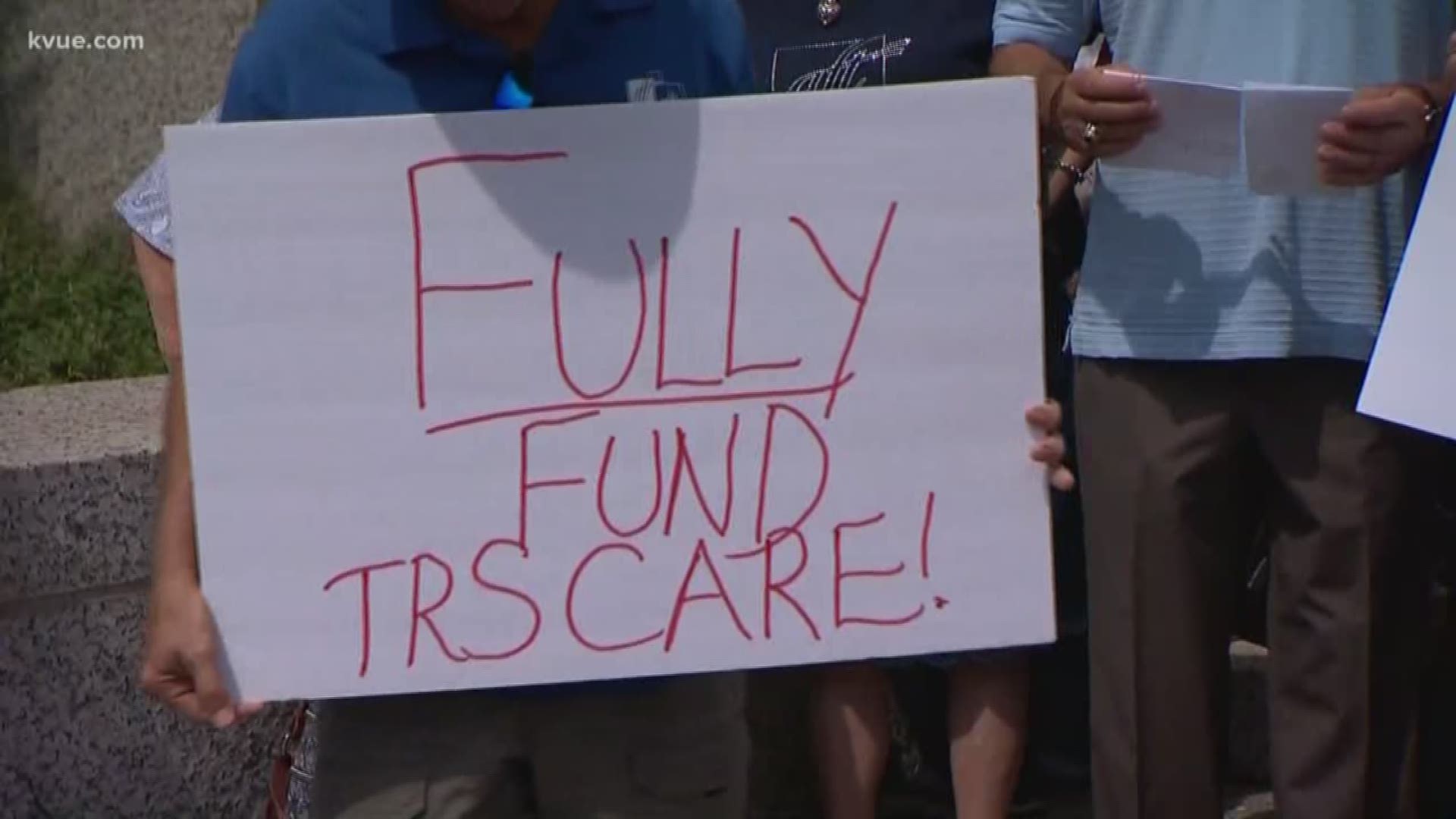 AUSTIN — Teachers in Texas are upset about their retirement benefits, and they want the legislature to make a change.

On Thursday, both current and retired teachers with the American Federation of Teachers made their voices heard in front of the Texas Retirement System building downtown.

They're asking lawmakers to better fund their pension system, and allow a cost of living increase, which they do not have right now.

Also, with rising costs of healthcare, they want to see better benefits.

“Texas educators understood the social contract of entering this profession, we knew we would never become wealthy, serving the children of the state of Texas and they’re not ready, but we did expect to get decent respect,” said Runnels.

"It makes me feel like I can never afford to retire, it's pretty grim," said Traci Dunlap, a current teacher.

"We need definite improvements, a change in the funding structure to account for the things that two or three years things are going to be more expensive,” said Daryl Jones, a retired teacher.

"Their benefit power, their purchasing power on their benefits goes down every single year as inflation goes up,” said Monty Exter, a lobbyist with the Association of Texas Professional Educators.

Friday, the TRS board will look at lowering the assumed return on investment rate, which means they're predicting they'll make less money and won't be able to provide the same benefits. Under state law, a lower rate could also prevent TRS from adding cost of living increases.

"We need a contribution rate that actually makes sense so that we're not over relying on investment returns and having to make risky investments in order to keep ourselves afloat,” said Exter.

Exter feels the lawmakers need to come up with a long term plan to fully fund TRS.

“It took us decades to get into this issue, and I don’t think it’s reasonable to expect that we’re going to get out of the issue in one two-year session,” said Exter.